How can I suppress the interpretation of $ as start of math expression? I have tried escaping $ as \$ but in the output pdf, I am getting \$ which is not required.

I use Aquamacs, so AUCTeX is automatically loaded.

to my Preferences.el file (the analog of .emacs or whatever initialization file you use), the lstlisting environment is considered the same as verbatim as far as coloring and fonts are concerned. Since I often use Verbatim from fancyvrb, I added that as well. 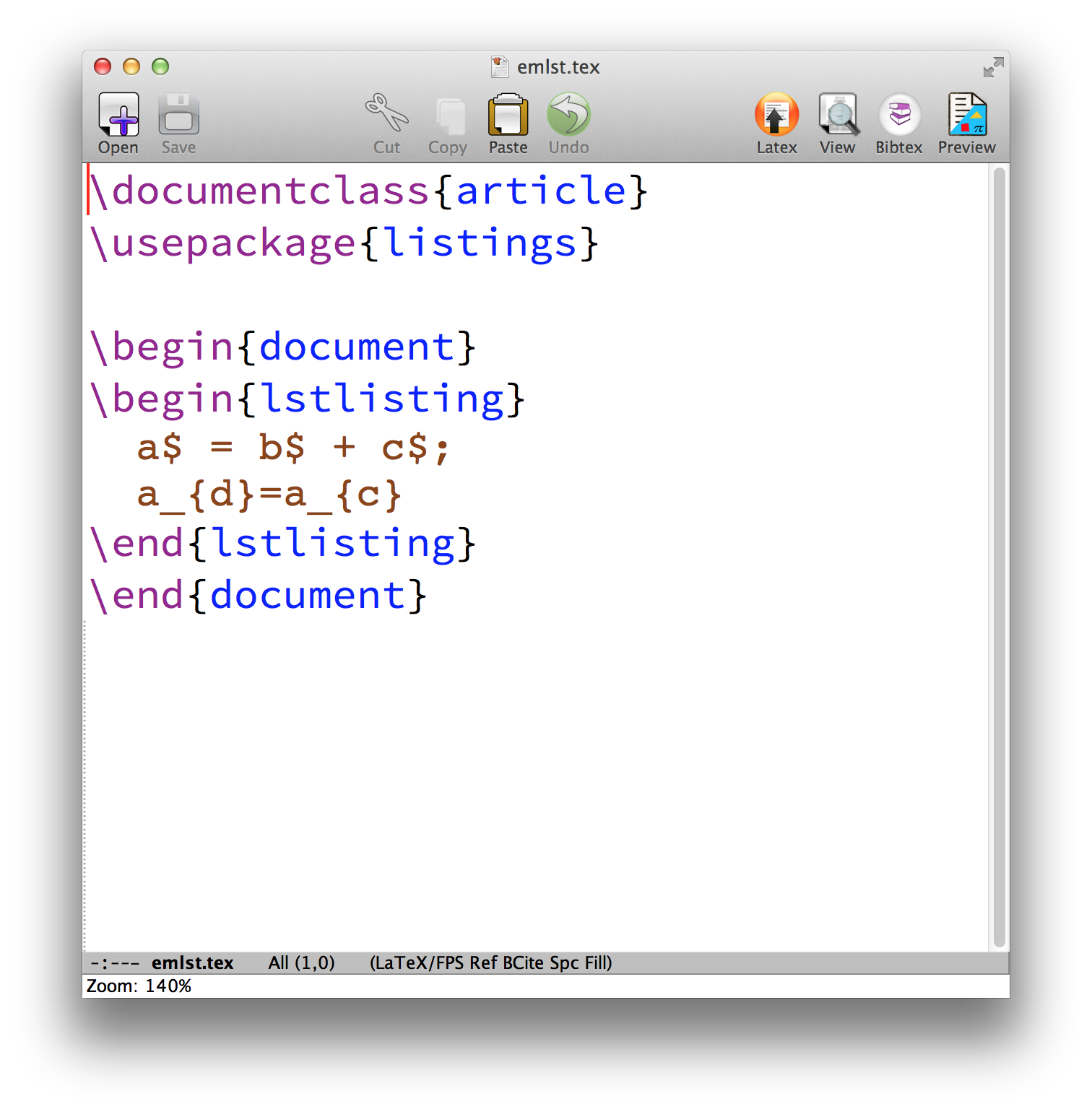 Upon @egreg's request, I try to be more verbose on this. I assume you are using GNU Emacs; if so, your OS shouldn't make a difference.

I suggest you install the latest version of AUCTeX from ELPA by doing M-x list-packages RET, move the cursor on auctex (version 11.88.4 as writing), hit i followed by x and you have the latest version installed (probably under ~/.emacs.d/elpa/)

If installed from ELPA, you must not, I repeat, must not have this in your init file:

AUCTeX is installed and should start as soon as you load a file with .tex extension.

AUCTeX's strength is in supporting basic LaTeX and contributed packages. Currently, more than 180 style files (jargon for "name-of-supported-LaTeX-package.el") are available. AUCTeX can parse your input file and load the right style if you put this in your init file:

Otherwise, you have to hit C-c C-n afterwards. Keep that in your init file.

It's up to you; I have only the second line in my .emacs.

Now, you can hit C-c C-e and AUCTeX offers lstlisting in completion and asks you for key-value options. Further, note that Emacs doesn't indent the content since spaces are significant:

The fontification (aka syntax highlighting) should work as well.

Not the answer you're looking for? Browse other questions tagged emacs or ask your own question.

3
AuCTeX startup is slow
0
TeXstudio : Error in fontlock (disable syntax highlighting) in a newenvironment that extends from verbatim environment