Drawing graph decomposition as a tree

Let's say I have a triangle like this which is easily generated by pgf. 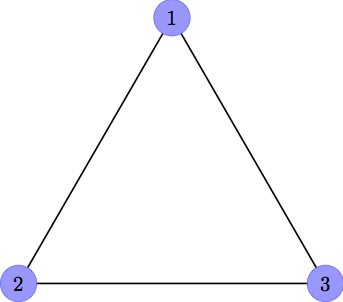 And this is the diagram I want to draw:

As some of you may notice it, the drawing is about a deletion-contraction recurrence. A triangle at the top node is decomposed into two subgraphs:

I want to keep this process going until the tree reaches into much smaller graphs, so the final output will be much bigger. Even for the small tree of depth 1, I don't know what's the best way to draw such a tree. Any hints or suggestions?

Added: I used a triangle in this example because it's the simplest drawing that can be used as an example. The graph of interest can be any arbitrary graph and what I prefer is to wrap each graph in some kind of 'node' or 'box' and then connect each container node are connected as a node in a tree. What's the best way to do this?

Sorry for any confusion.

May be you can define each graph as a TikZ pic. Each pic can be anything you want. If you use nodes inside them, as pic's name space is independent for each pic and all names are remembered, it's easy to join them. 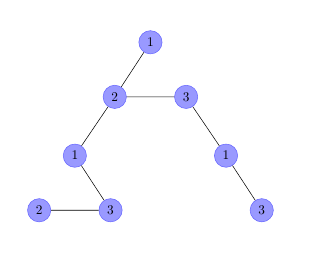 A solution with Tikz. 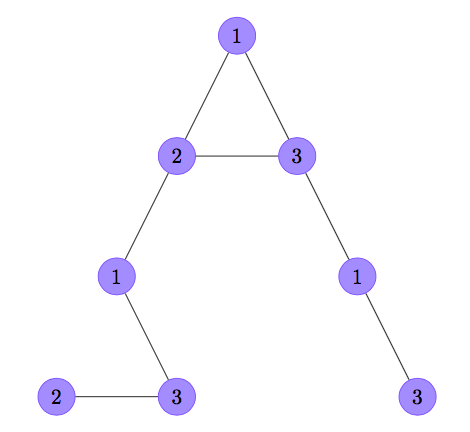 10
Recursive method to build a tree with tikz

4
Problem using coordinate returned by macro for drawing line
5
Drawing a collaboration graph or tree with TikZ
12
My polygon graph ends up “wonky” and I don't know why
3
Problem about pattern and gradient
17
How to define the default vertical distance between nodes?
2
How to conditionally draw nodes of a tree in TikZ
8
tikz trees: How to not draw a single edge
9
Line up nested tikz enviroments or how to get rid of them