I'm trying to put two pictures beneath eachother within the same figure environment using subcaptions. I would like both subcaptions (which is just a) and b) in my case) to be alligned vertically. This is easy if I use the same width for both pictures, but I want to shrink the bottom picture to about 50% of its size. However, if i use width=0.5\textwidth for the bottom picture, its caption is also displaced according to the picture size and this way a) and b) are not alligned anymore. I'm using the following example:

Basically, you need to add \centering. (BTW, this is what an MWE looks like.) 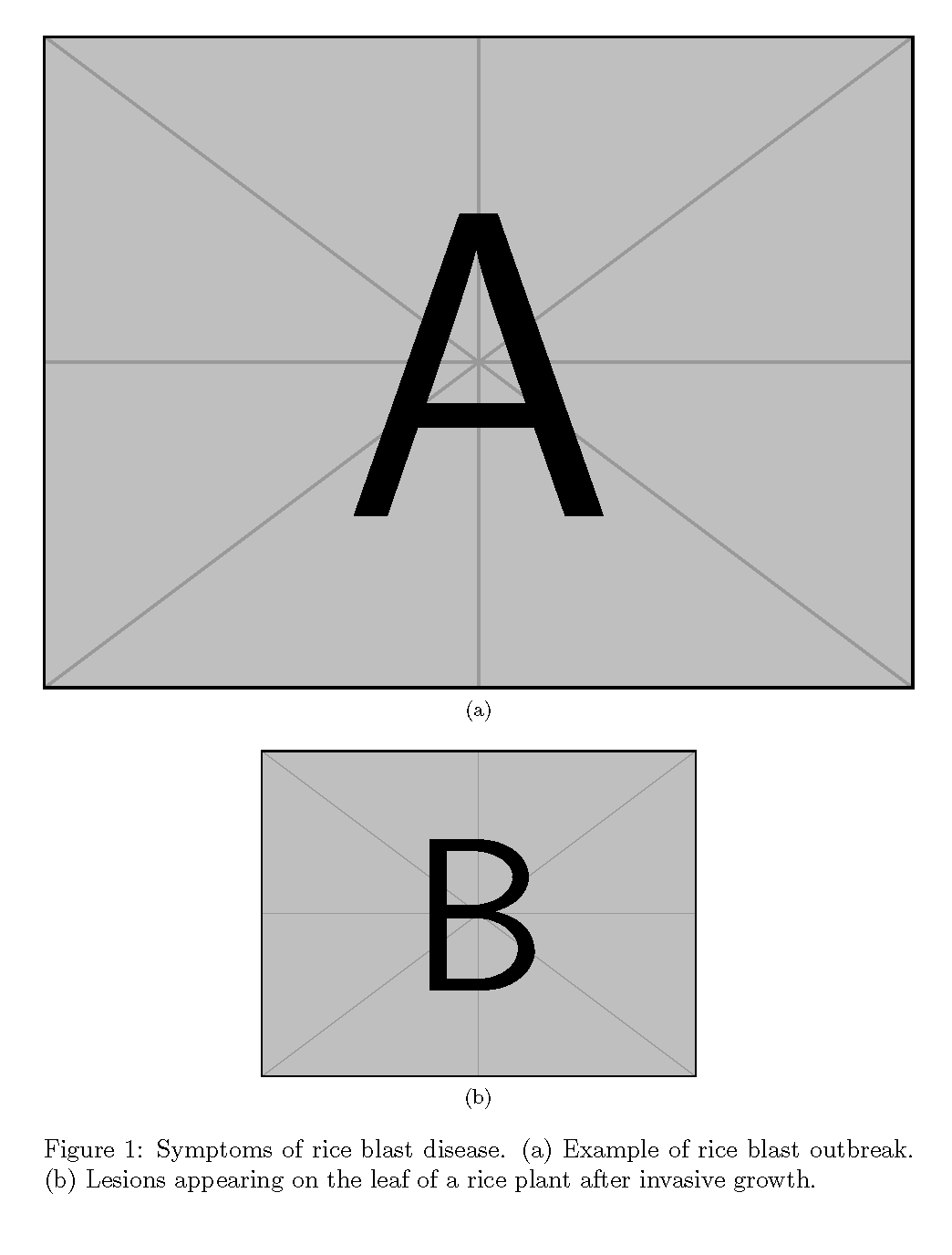 Not the answer you're looking for? Browse other questions tagged diagrams subfloats subcaption or ask your own question.