I'm trying to typeset some sanskrit verses, surrounding them by a quoting environment for indentation. One line contains half a verse, the first half ended by |, the second by ||, and I would like to prevent page breaks between first and second half, so that a verse is never split over two pages.

Here's some things I tried:

I know I can manually do a \newpage, but if I were to write a command/environment for each verse, which then might do some other things such as formatting, stepping up a counter etc., it could not be included and I would have to take care of the page breaks manually, which I'd of course try to avoid.

You can add a new key to quoting. Specifying this key should allow page breaks only at explicit paragraphs (blank lines).

I added \raggedbottom or the typesetting of the first page would be completely spoiled. 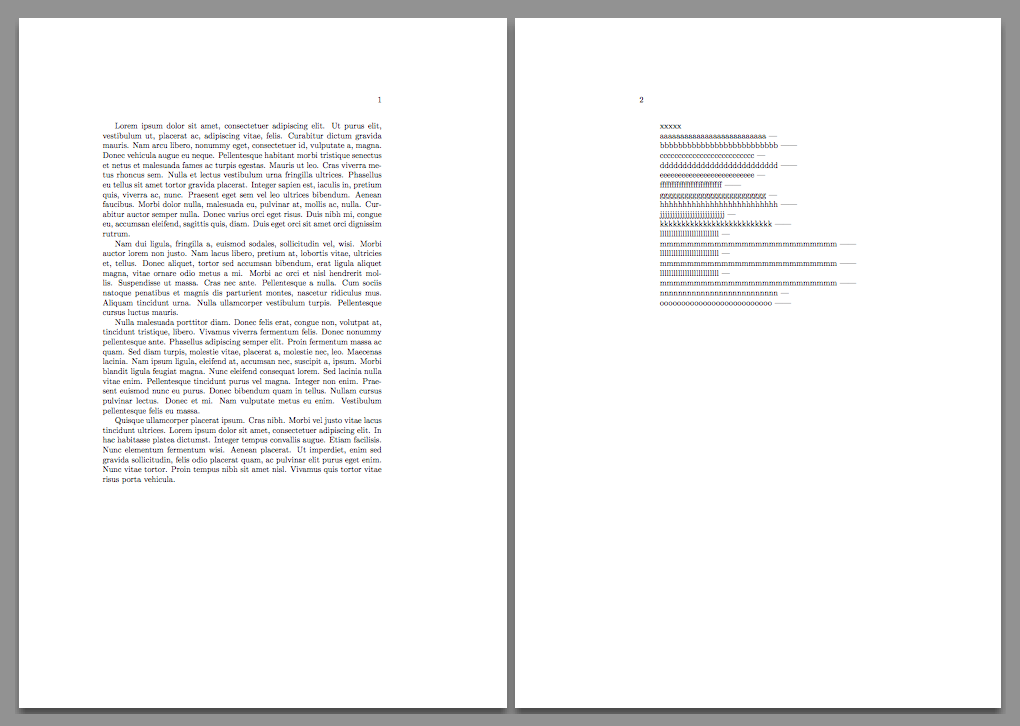 Try \\* to suppress a page break after a forced line break.

A working solution is to put each verse in its own quoting environment, to which one adds the (conveniently global) option vskip=0cm, and which rids one of the necessity to add a manual linebreak at the end of the second half of the verse.

Not the answer you're looking for? Browse other questions tagged page-breaking or ask your own question.

9
Why is it so hard to prevent a page break?