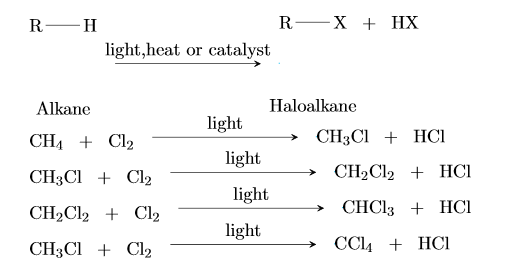 I thought adding \arrow{0}[,0] will fix it but it didn't actually i don't' know why :( . But i think it works for reaction containing benzene etc :(

Basically the answer is: have a look at TikZ anchors and how to use them with chemfig's \arrow:

Here is an example alignment:

As for the distance between compounds and names: I supsect you have used \chemname not in a group somewhere and have forgotten to reset it. Have a look at Placement of caption in \chemfig via \chemname command - how to reset spacing

Not the answer you're looking for? Browse other questions tagged chemfig chemistry or ask your own question.

6
Placement of caption in \chemfig via \chemname command - how to reset spacing
0
Chemfig too large distance between Compounds and names?