Why am I getting a double subscript error?

Is there a good reason for getting this error? and how can I fix it? or is it a bug in my tex distribution? I've tried putting in more braces, as in ${{\hat a}_b}_c$, but this apparently does not help.

It's a feature in TeX. A subformula in math mode is a group of symbols surrounded by braces or by \left-\right. For instance $a+{b+c}$ has a subformula.1

If you type ${(a+b)}^{2}$, the exponent will be higher than in $(a+b)^{2}$, because you are setting an exponent to the whole subformula in the former case, to the parenthesis in the latter case. By the way, the latter is the correct code.

By a choice of Donald Knuth, the creator of TeX, when a subformula happens to only contain an “accent atom”, that is, something like \hat{x} including possible superscript and subscript, the braces around this atom are stripped off and TeX acts as if they had never been there to begin with.

But, even if this didn't happen, I'd suggest you to avoid such a construct: the workaround 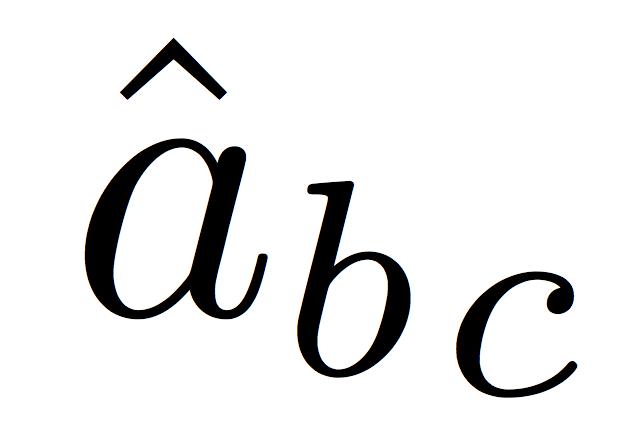 and your readers will have a hard time trying to get a sense out of it. Perhaps better is 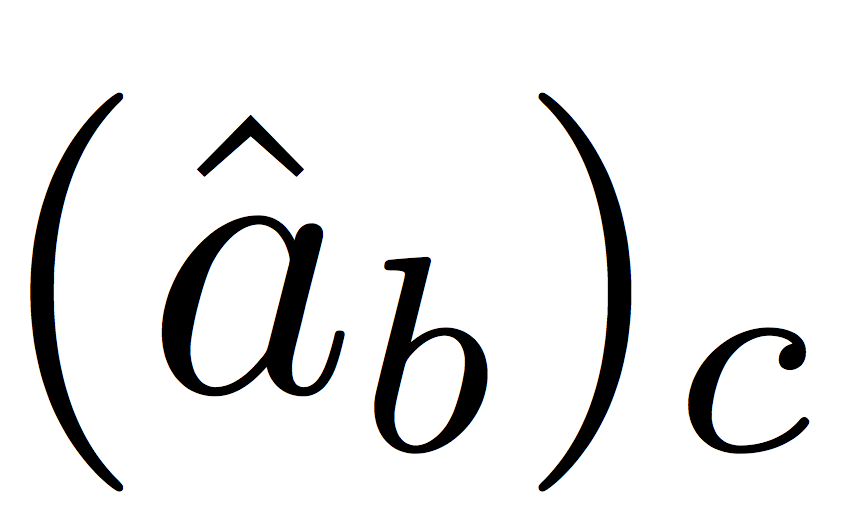 1 This is just an example, I don't recommend typing such a thing, but subformulas have their uses.

2 I'd prefer \hat{a} instead of \hat a, but there's no difference because \hat is a macro taking one argument.

Double subscript error occurs when TeX sees a second subscript attached to the main box, and because TeX's accent machinery is very low-level you're seeing an interesting side-effect here. The best fix is to load the accents package, which re-implements accents and fixes up a few infelicitations such as this:

Before I remembered that package, though, here are a few lower-level approaches to getting around this problem: 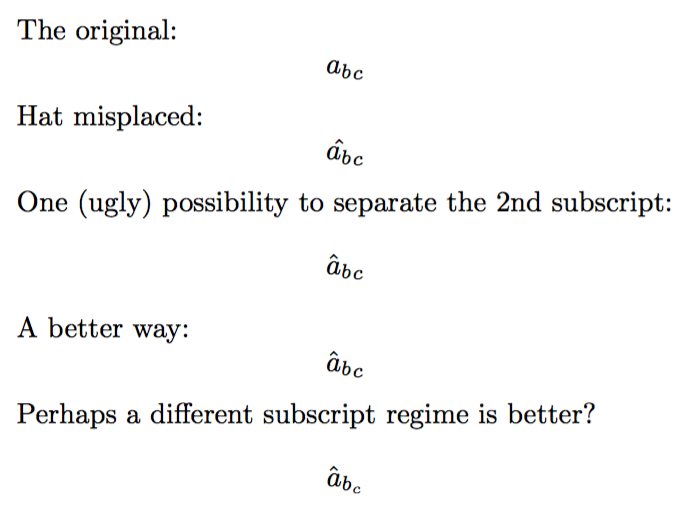 i don't know if this is what you need, but try this

Not the answer you're looking for? Browse other questions tagged errors subscripts or ask your own question.

14
Error when using colour in \author
4
When I add a "hat" to a character, I cannot get a gap before the superscript
5
Centered hat over bold letter with subscript in \newcommand
3
Caron accent in the bibliography causes a microtype error
4
Double superscript error in fractions