I recently wrote up an answer on MSE that involved the mapping f\colon\mathbb{R^+}\to\mathbb{R^+}; the output looked a little different to me, and thus I thought it could have something to do with MathJax, but the same thing happens when I produce the mapping with regular LaTeX: 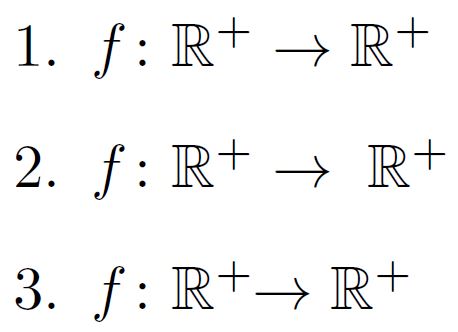 Maybe it is just my very untrained eye for typography coming into play--does (1) look a little "weird" or "off" to any of you or am I off-base? Also, is there anything particularly good or bad about (2) or (3)?

Here's a comparison where I used alignat for having the arrows vertical aligned (in the first two rows); the third row applies a negative kern. 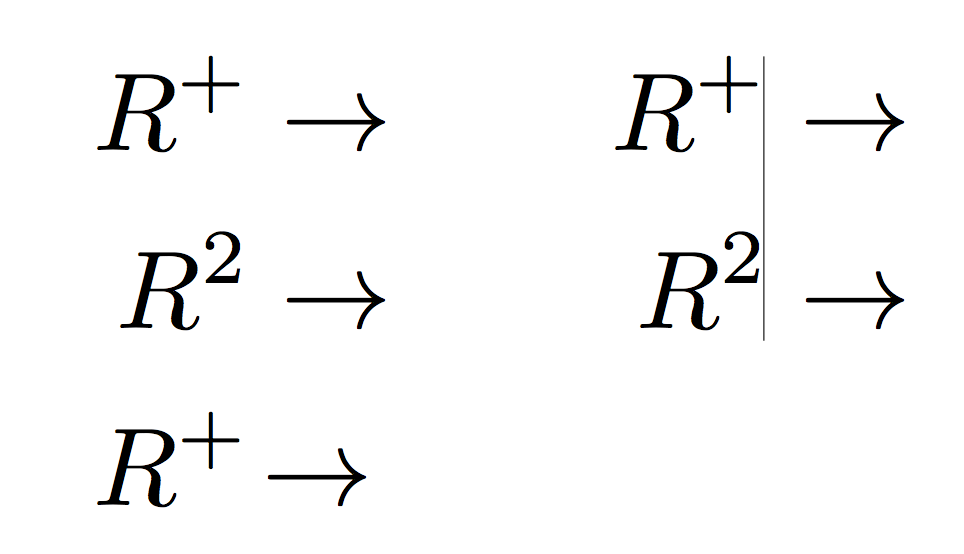 In the right column I show that the spacing is actually exactly the same in both cases, using a hairline.

The difference is an optical illusion created by the shape of the symbols: the + has a “hole” that seems to leave a bigger space than what's actually used.

In such cases, a \! is usually the simplest and most effective method.

Here's the code for producing the example.

If we add also a symbol after the arrow, we see that the \! does its service well:

This was obtained with R^+\!\to R^+. The situation is similar to input such as x^2/2, where a \! gives a better result: compare

Curing such details greatly improves the typographic quality of a document.