Is this an originally typeset paper from 1946, or a new remake with TeX?

Reading about the history of mathematical typesetting before TeX, I found an interesting article from Ivan Niven titled: "A SIMPLE PROOF THAT π IS IRRATIONAL" which is dated back to 1946 when there was no TeX (and probably no computer at all). The typesetting was great, and I was wondering if this is an originally typeset paper from 1946, or a new remake? 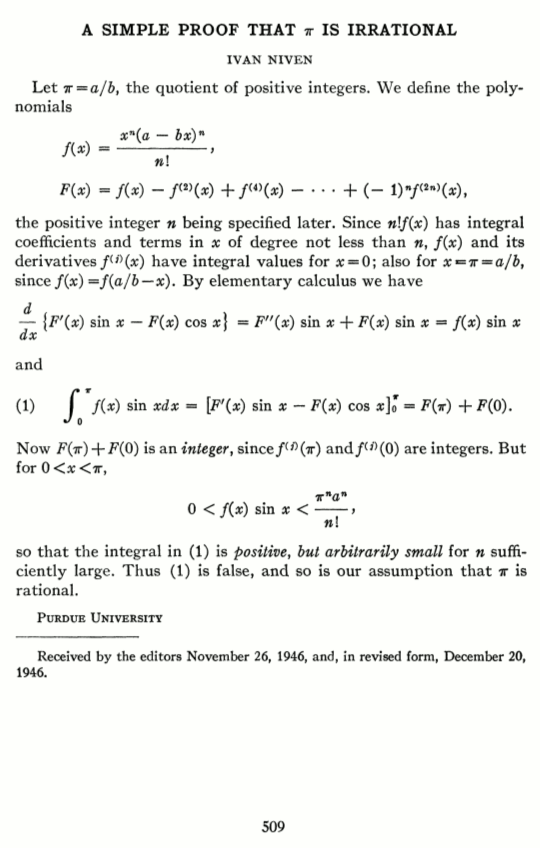 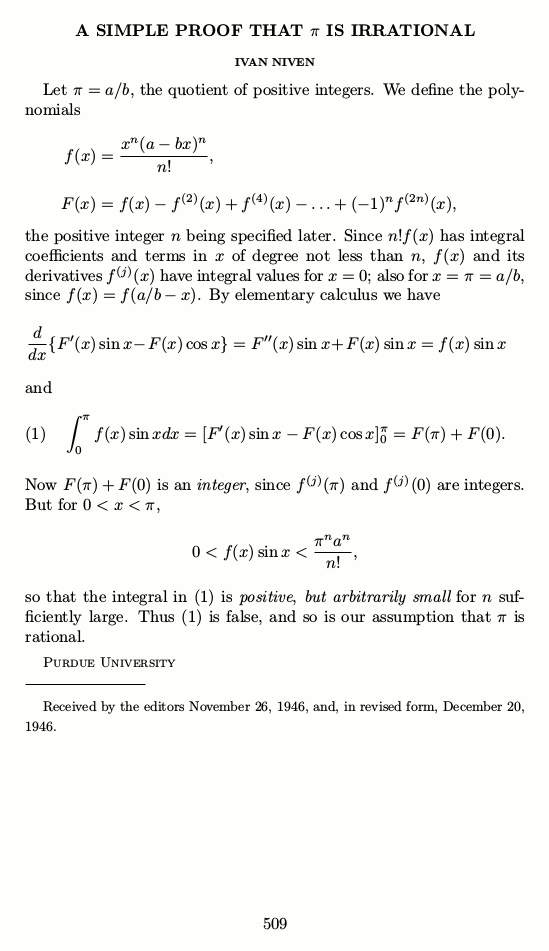 If this is from the old days, how they could achieve such a nice output?

The article is published in:

Bulletin of the American Mathematical Society (Bull. Amer. Math. Soc.), Volume 53, Number 6 (1947), page 509, and it was first became available in Project Euclid in July 4th, 2007. In the dedicated page for BAMS on Project Euclid we read:

Compare the whole page of two documents. They are nearly identical! Even the hyphenation is mostly the same. They have slight differences in math spacing:

This is the code I used to remake the paper:

in 1947, the ams bulletin was typeset by the george banta printing company, menasha, wisconsin. they were one of a handful of compositors specializing in technical composition of very high quality. they would have used monotype machines, that being the only system in existence at that time that was capable of such work with relatively little additional handwork.

the cited article, available from project euclid, is a scan from the original. although the font is very similar to computer modern (in fact, it may very well be the font on which computer modern is based -- monotype modern 8a), there are characteristics that will positively identify it as not tex output.

compare this integral from the scan

with this one produced by tex

both the shape and the spacing are different.

63
Typesetting before TeX and computers?
3
How was maths formatted before LaTeX?

69
TeX family tree with timeline?
18
Does italic math originate from TeX?
32
Where does the name “TeX” come from?
14
Is NTS (New Typesetting System) (the Java implementation of TeX) usable today?
11
Where can I find (TUGboat 4 supplement) “TeX and METAFONT: Errata and changes” from 1983?
17
Can TeX files from 1978 still be compiled today?