How to eat / gobble only whitespace or (implicit) \par?

I created a command that prints material in an aux file and that's all. I can reasonably expect it to (also) be used in the following ways:

That is, with or without the % signs at the end of lines that would automatically take care of any spurious spaces.

In order to remove the trailing spaces the command is defined as:

However, as shown in my second example, there is still the case of a "spurious \par" which I don't know how to deal with.

I have tried using \@gobble instead, but indeed this only works if the next character is a space or blank line, and it breaks if %-signs were used (i.e. it swallows the first letter of the sentence).

So, I would like to be able to gobble only whitespace and the implicit par. Is that possible?

(I am working on a package, hence the attempt to be foolproof… I can go with the % signs for myself.)

You can do it with a font sectioning command: 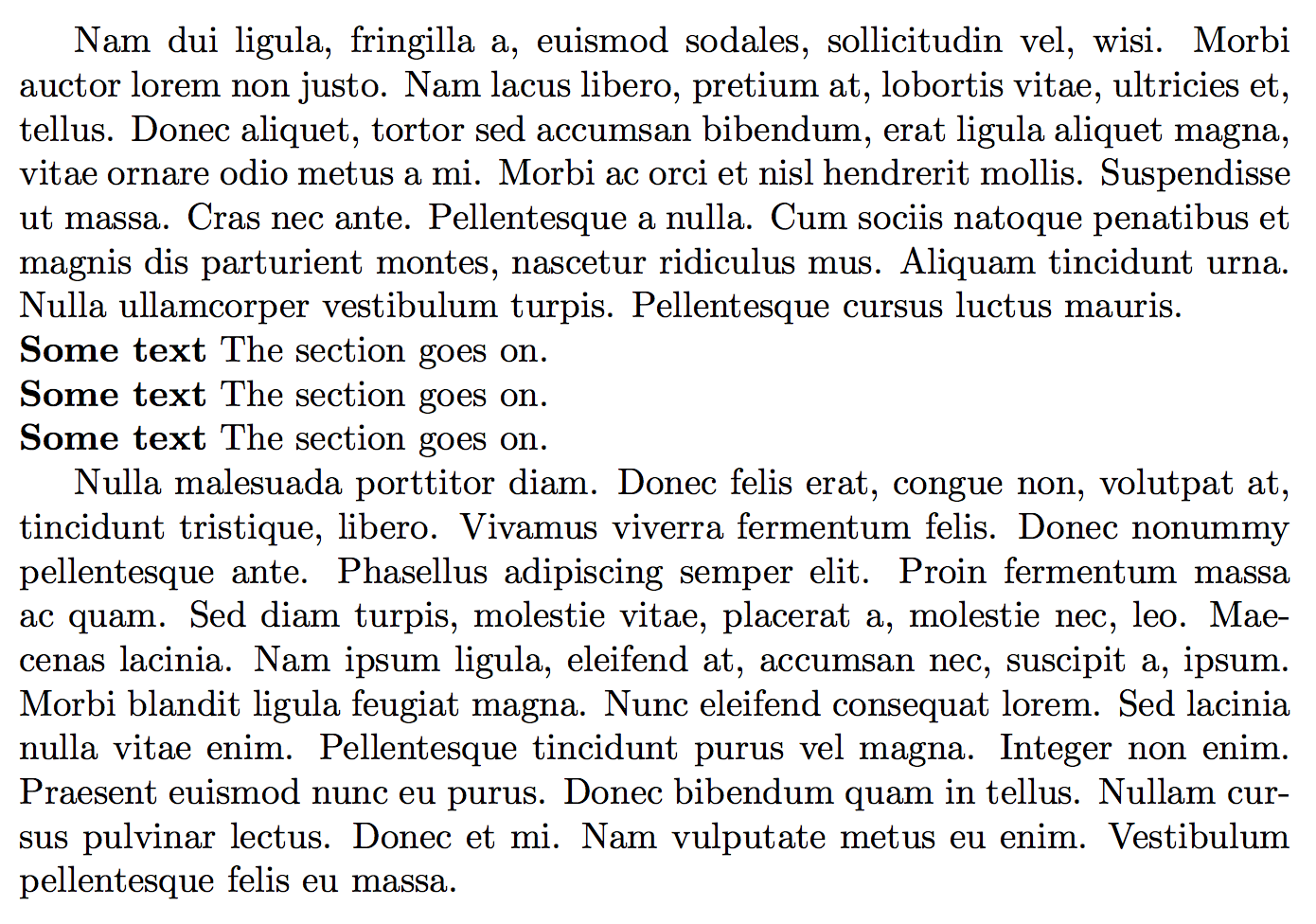 Alternatively, use \@ifnextchar to gobble white space and check whether \par follows; in that case gobble it and restart the machinery.

As previously pointed out, what you want to do is more elegantly achieved by building on LaTeX's existing sectioning mechanism. However, if you want an actual answer to your question, here it is:

Note that \@ifnextchar already eats whitespace, so you only need to compare the next character to \par, gobble it if it matches, and do nothing otherwise.

2
How can I ignore empty lines before, after, and inside an equation environment?

10
How to create whitespace in LaTeX?
14
I want to create a command that will conditionally gobble up trailing whitespace: I want an "\unxspace" command
14
How does \\ suppress spurious spaces while \par\noindent doesn't
4
Add \par only if last paragraph did not end with displayed math
1
How to eat/gobble all following skips?
24
Is there such thing as "visual-only whitespace"?
2
How does adjustwidth affect \par and \write?
1
How can I get rid of vertical space before /par