I'd like put text over cobordism diagrams created with the tqft package. Unfortunately, I don't know much about TikZ so I have been getting by with trial and error, but this has finally got me stumped. Ideally, I would like to have something like the picture below: 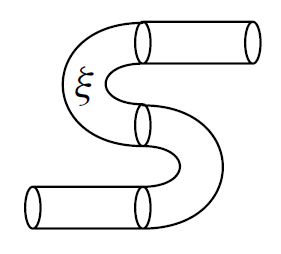 I am able to produce the diagram with the following code, but I have tried using the pic text option and nothing came out of it. Additionally, I would like to annotate the boundaries, so if you could provide an example of that too, I would be very grateful. Thanks!

You can use tha anchors for the components to locate a \node with the desired label: 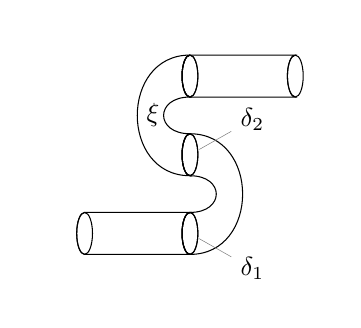 7
How to put arrows on boundary circles in the tqft package
5
Dashed lines only for covered boundaries with TQFT
5
How to align these tqft cobordisms?
6
Incomplete TQFT diagrams and superfluous space
4
Twist cobordisms in TQFT package?
2
Drawing two TQFT diagrams (a circle and a loop) using xypic
9
Line up nested tikz enviroments or how to get rid of them
7
drawing cobordisms using tqft
6
Tikz image within a defined box (& the textpos package)