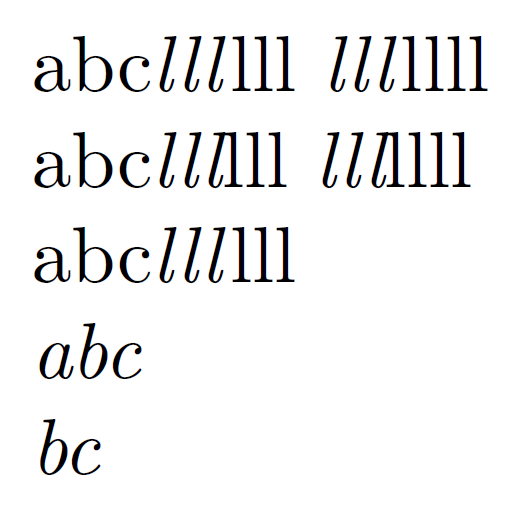 2
Why is the bibliography so weird?
38
Why Different Commands for Seemingly Similar Tasks?
24
Make block of text italicized
7
Verse environment won't set in italics
2
Extra space between volume and number using Biblatex and APA
2
Change color of sections in resume class
1
Different line space for the same document
0
Use Geometry Package for custom page margin settings after header

203
\emph or \textit
48
What is the canonical way to redefine the \emph command
15
\emph vs. \mkbibemph and other things
6
What is a short command for bold face and emph at the same time in a table cell?
5
Biblatex, emphasized/italic entries and redefined \emph{}
1
Change the behaviour of emph per environment
3
emphasis in the theorem enviroment
6
Redefine \emph to typeset the first level in bold and the second level in bold italic