Forest's \Forest* macro: how can nodes be used outside the tree?

This question is about a particular feature of the forest package.

The environment and the starless version of the macro introduce a group; the starred macro does not, so the created nodes can be used afterwards. (Note that this will leave a lot of temporary macros lying around. This shouldn’t be a problem, however, since all of them reside in the \forest namespace.)

By default nodes in the tree get a name of the form node@id. However, if you use name=<name> then a node is instead named <name>.

Given this, my possibly naïve understanding of this feature suggested that something like one of the variations in the following code: 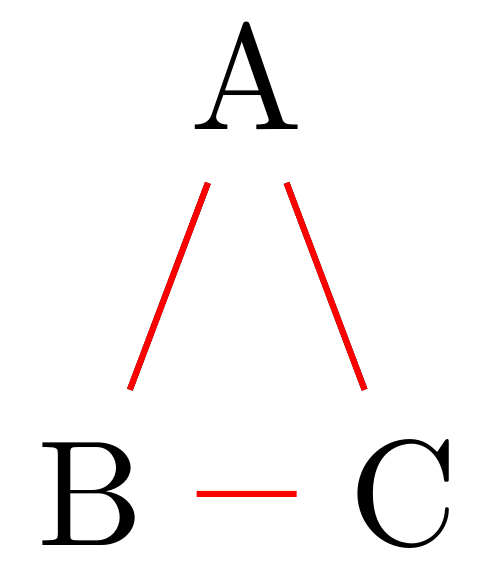 However, I cannot figure out how to get anything like this, although the nodes are, indeed, accessible outside the tree in the sense that I do not get errors and, moreover, some of the above variants draw something which looks roughly isomorphic to my target image: 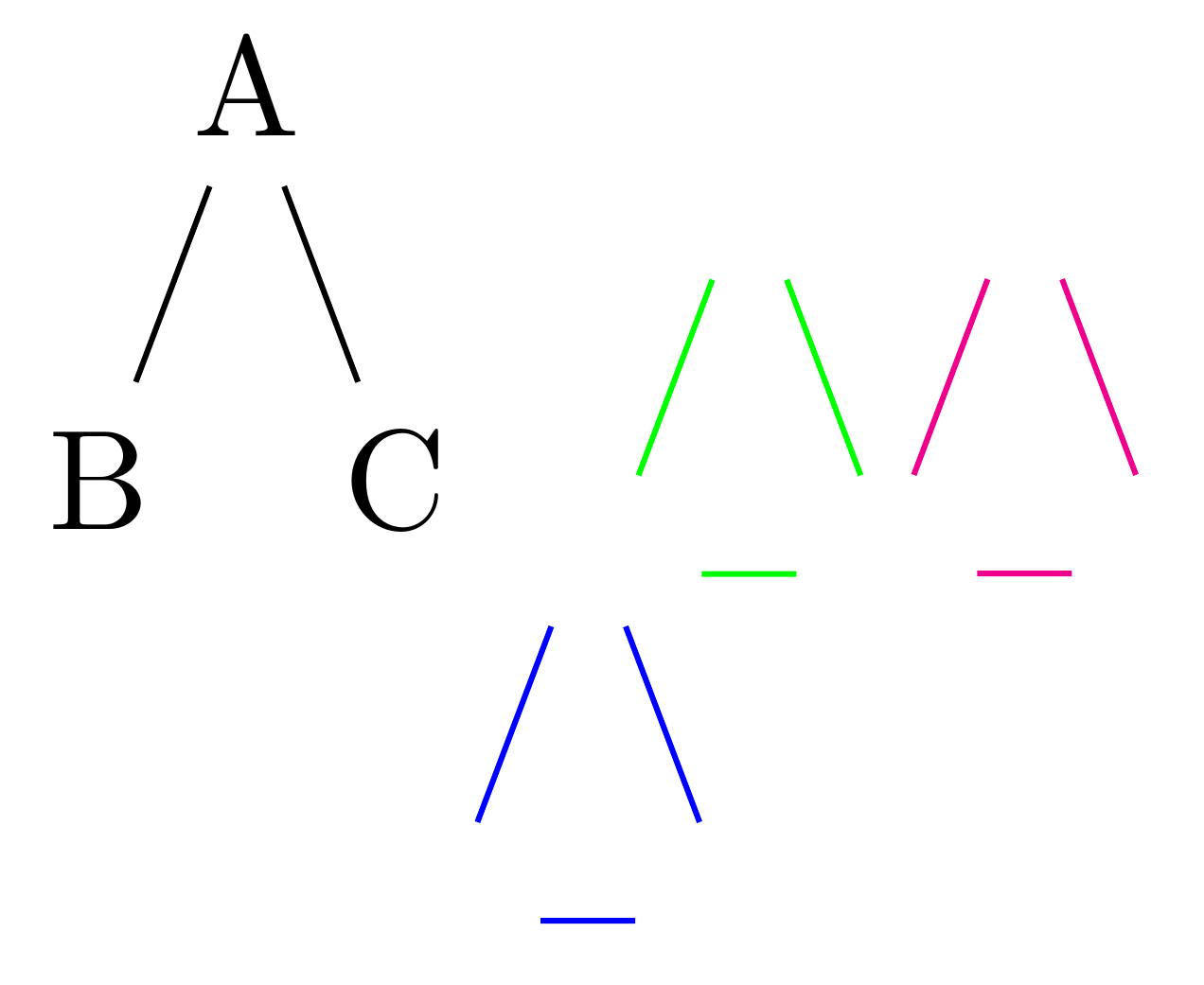 Note that I would also expect, as implied above, to get errors if I tried to reference a node created within an ordinary forest environment, after that environment ended. But, in fact, I get just the same behaviour in this case - and with the unstarred \Forest - as with \Forest*. That is:

produces the following without error:

Note that I can perfectly easily produce the target image in other, more convenient ways. It is just an example to illustrate how I expected the feature to be used.

The following is not part of the question. It is an attempt to forestall further answers which treat the question as a 'how do I draw this?' rather than a 'what is this meant to be for and how am I meant to use it?'

Just for the record:

will produce a tree which looks just like the target i.e. in which the tree branches are darker because the red overlays the black, while:

will produce a version which is not like the target image because the red lines are evenly coloured, but which would probably be what I actually wanted if this were a question about how to draw the target image, which it is not.

The nodes remaining in memory \Forest* because introduces no group are not tikz's nodes, but forest's logical nodes, i.e. the node hierarchy.

The intended use of this feature is to be able to build a tree in several places in the document, or to reuse trees, like below. (I will include this example in the documentation.)

(While constructing this example, I have found a bug ... the VP in the second tree is not packed correctly ... thus the workaround. I will fix the bug in the upcoming version, which, I might announce, has progressed nicely in the past month.)

UPDATE. Answering cfr's comment: replace by' (which makes a copy of the replacement subtree) is legit in this example, and almost equivalent to replace by. The difference shows only when modifying the nodes, as shown below (or explicitely referring to their id.)

Not the answer you're looking for? Browse other questions tagged forest or ask your own question.

1
How to Add Geometric Figures to a Tree using Forest and Tikz?
3
Tree in forest using the style fairly nice empty nodes on
2
Forest tree with labelled edges and no nodes on the ends
5
Forest tree converging
4
Forest tree not symmetric
5
Follow-up: Drawing Game Tree with Curved Informational Sets and Several Nodes, using Tikz and Forest
3
forest - labeling levels in a horizontal tree
0
Grow circular tree with forest
3
In a tree, how do you have a node that is a also a tree?
3
forest: Locally re-arrange a "tree branch"