I need to draw one fairly complicated figure, consisting of several accurately placed ellipses and lines. So far I've been using tikz for drawing graphs and other simple objects, but in this case I have no idea where to start from. Since this looks pretty hard and long, I don't expect you to show me the code, but some guidelines would be more than welcomed. Below I post the figure (drawn by hand) and some explanations: 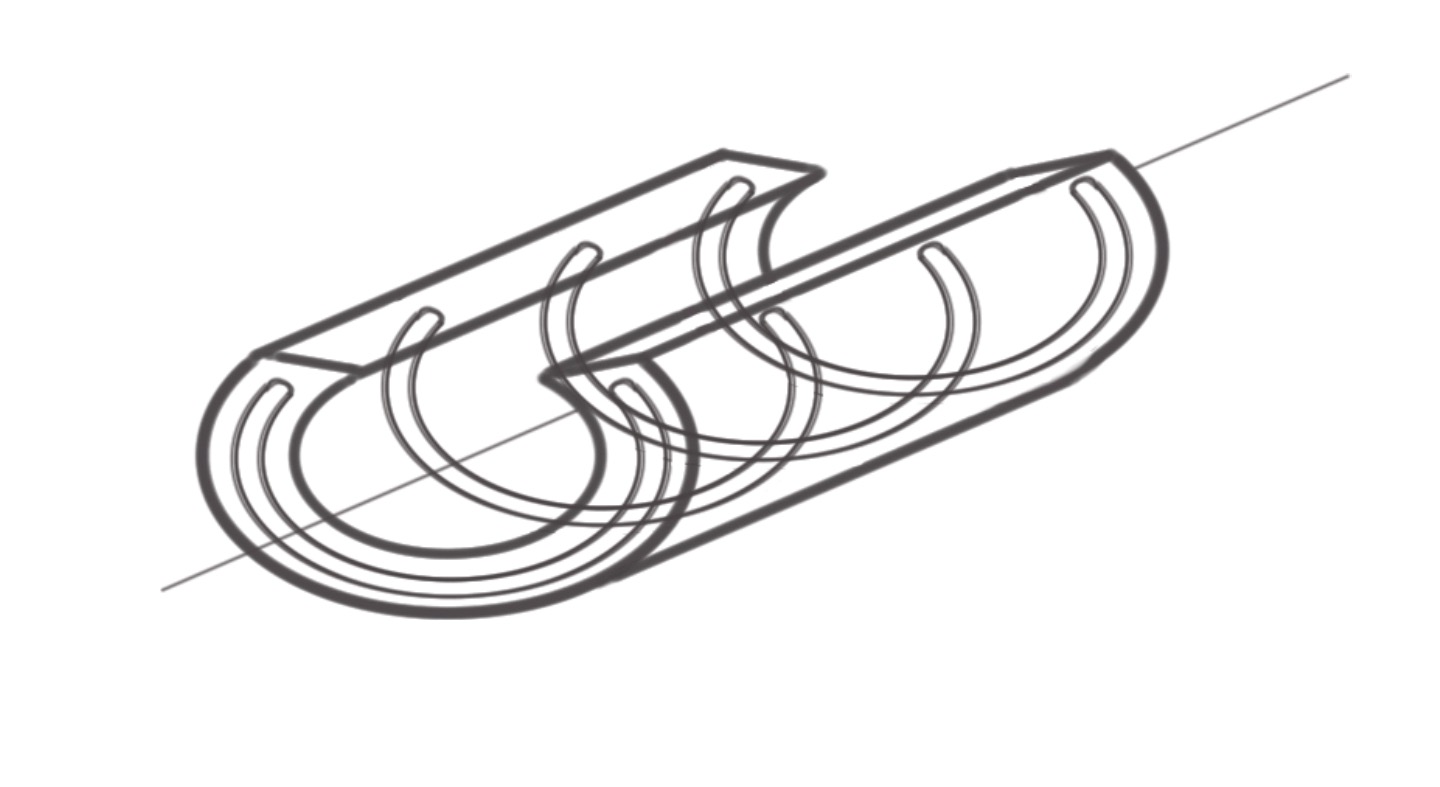 This is supposed to be a split tube with axis in its center. Also, along the tube in its core there are several identical curves. Basically, I need to draw 4 partial ellipses of appropriate sizes and translate them across the figure. Additionally, I need to draw 5-10 lines (which I assume is fairly easy) and close the inner little curves with semi-circles ideally. However, the hardest part seems to be erasing the parts of the ellipses which should not be visible.

If anyone can help with this, would highly appreciate it.

P.S. It is not necessary to use tikz, if there are better options, I would gladly go with them.

P.S.S. After using various sources and blindly tweaking parameters (we are still new with this), I and my co-worker managed to make this bare resemblance of the original picture:

By the way for some reason the "ellipse" module doesn't work on my personal laptop (even though "circle" does), if someone can tell me why would be nice. Have no idea how to proceed further though and what need to learn in order to finish the picture.

Something a little like this, or did you want more complex walls? 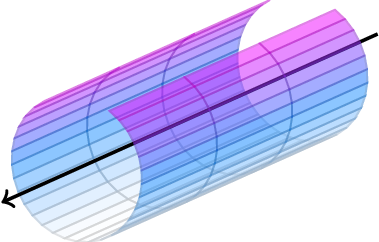 It’s been a while, but I saw this again and decided to go ahead and implement the suggestion to draw the tube in two halves, so that the arrow appeared at the proper z-level. It had always bugged me that I’d meant to but never had the chance.

12
Rotate a node but not its content: the case of the ellipse decoration
12
How to define the default vertical distance between nodes?
13
Numerical conditional within tikz keys?
4
Scaling a tikz scope to the width of another tikz scope
14
TikZ: Drawing an arc from an intersection to an intersection
9
Line up nested tikz enviroments or how to get rid of them
3
Drawing 2D ellipses on the xy plane of 3D pgfplot
3
Position a tikz-draw that uses scope inside an axis environment using the coordinate system axis cs
0
labeling points on the circle with the same symbol