When inserting contents into table cells, is there any simple, direct solution to make the content-line break automatically just like the paragraph showing above? i.e., I what the "cccc cc cc...." part to be at the place where the red box have shown.

e.g. "migrants" in the end of first line will auto break into "mi-" and "grants" to fit the nature width of this page.

You have loaded tabularx but not used it: 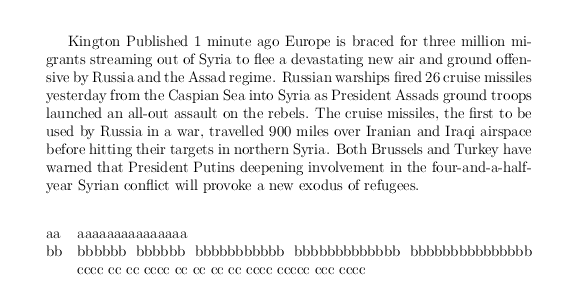