Draw a special arc from 1 node to another in TikZ

Even though I just learned how to draw an arc, I have difficulties in drawing the arcs in the figure. Especially the arc from the second circle to the first one. If I do: \draw[bend left,->] (l2.south) to node [auto] (l1.north) (where l1 is the circle above, and l2 is the circle below), the line will cross the circles and make the picture not pretty.

So does anyone know how to draw the arc from l2 to l1? Another thing is I would like this arc goes from the south of l2, and points to the north-west of l1 (instead of north of l1)

Could anyone help? Thank you very much! 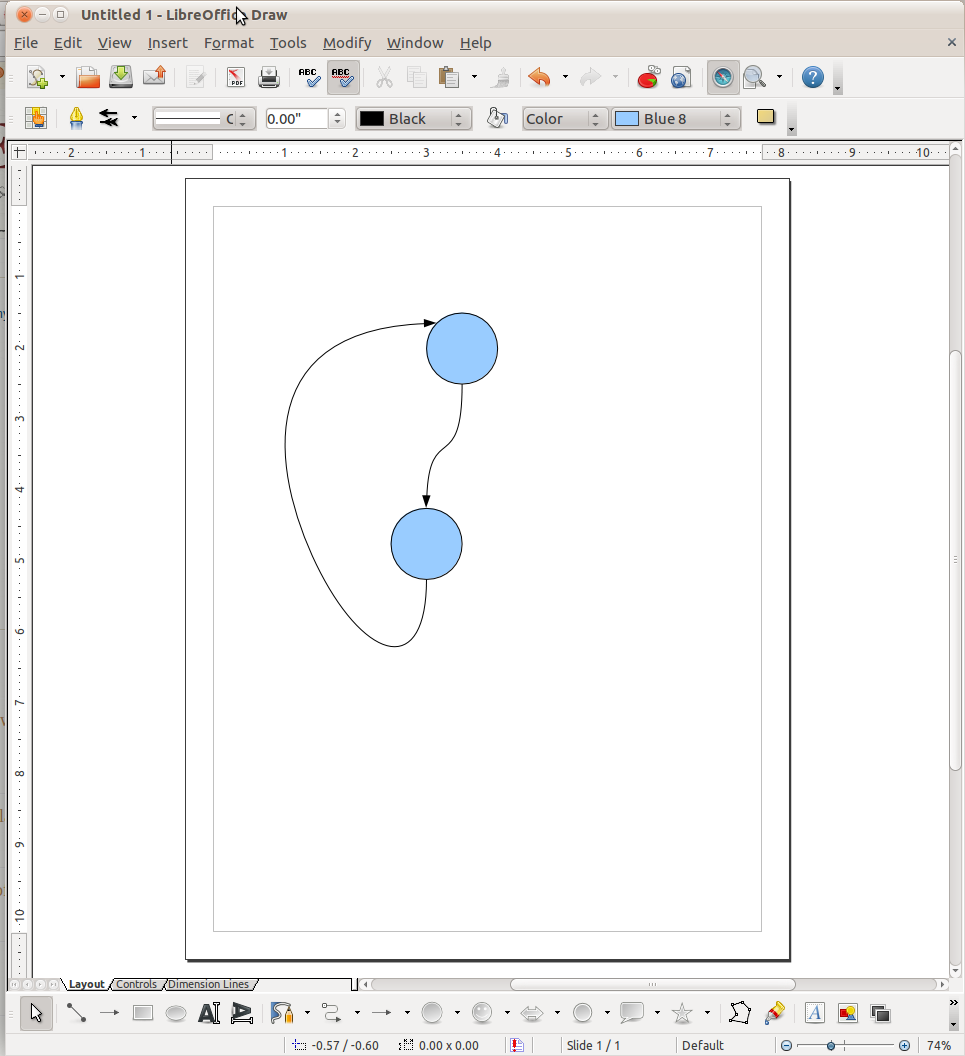 By specifying an out and in angle for the first and last segment of the path, you can determine at what location the path leaves or enters a node. Alternatively, you could specify (<node name>.north west) to make the path start or end at the top left of a node, or use (<node name>.<angle>) to specify at what angle on the shape outline the path will start or end, with 0 pointing due east, 90 due north, etc.

If you're not set on the path leaving node B from the south, but instead make it leave from south west, you can instead just write