It seems like \[...\] has benefits in some uncommon uses cases (leqno and \qedhere), but the main reason to use it is, according to most answerers, spacing issues.

However, in the answers I only see examples of how \[...\] leads to worse spacing without amsmath.

Could someone provide a minimal example of an incorrect spacing produced by $$...$$, which is fixed by switching to \[...\] and amsmath?

If you wish, you can start by modifying the following M(non-)WE (which, as it is, shows no difference between the two variants, at least on my machine with Texlive 2015). The rules are \smashed, so they should take up no space, and they are there only to show that the spacing above and below the equation is exactly the same (idea taken from jfbu's answers to the two above-cited questions).

I think using \hrulefill (or \hrule) creates a misleading impression here, as it places its output below the baselines -- not where one would usually expect to find text. (Aside: When was the last time you saw a real document that had displayed equations bounded above and below by \hrules?) I'd rather use lines of dummy text above and below the equations to assess the vertical spacing issues associated with various ways of creating displayed equations.

I hope this example addresses your request,

Could someone provide a minimal example of an incorrect spacing produced by $$...$$, which is fixed by switching to \[...\] 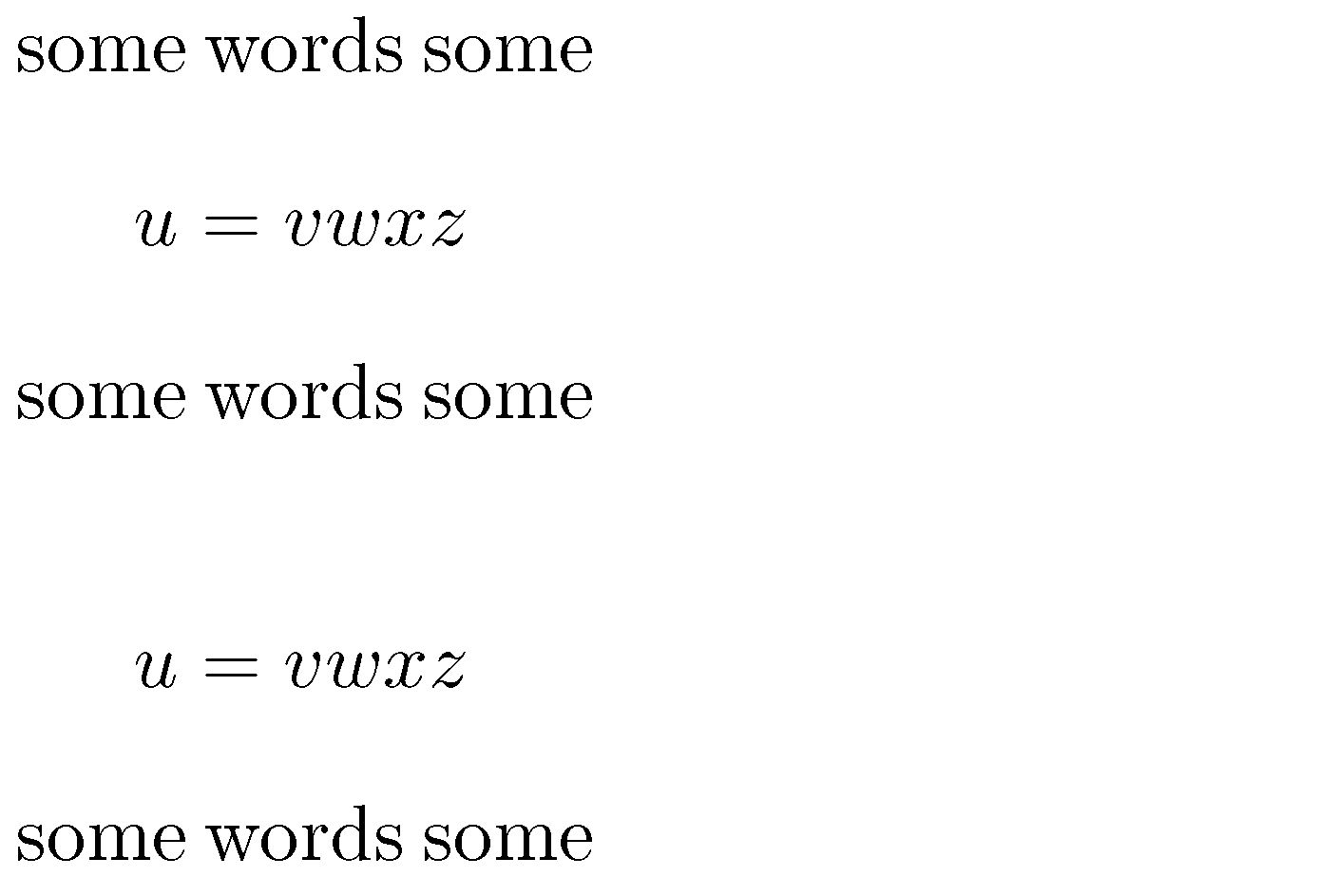 The main reason for using \[ is not for spacing issues. It is for better error checking and support for fleqn.

The behaviour of \[ v amsmath-\[ v $$ at the start of a paragraph is really a minor things as in no cases should a math display ever start a paragraph and although there are minor differences in error recovery the spacing in all cases varies from poor to awful, so should never occur in a real document.

Not the answer you're looking for? Browse other questions tagged math-mode spacing equations amsmath or ask your own question.

1
Using \jot crashes \intertext’s spacing
4
Wrong vertical spacing under roots
6
Wrong spacing in math-mode
4
Spacing within equation
45
What's the difference between split and aligned?
8
How can I change the position of equation number locally if I am not using the amsmath package?
9
Tag placing with amsmath
2
`:` is set to `\colon`, but the spacing is still wrong - part 2
25
Is eqnarray really obsolete?
1
How to fix \left and \right formatting in LaTeX?