I want to write the chapter title or section subject in the margin of each page.

I eventually managed to get some working code :

But most of all, how can I make the title vertical in the edge/margin without having to define the title as rotated ? I.e., how do I define the rotation inside \setuptext and thus avoid the ugly double rotation (which has unwanted effect I did't try to solve when using the \section numbered version of \subject — the section number rotation is off by 90° ; it has also side effects when setting an image as the background of the title page) ?

The title has a page of its own (where it's printed horizontally like normal text). On the other pages it should be written vertically on the side (like a header). E.g. for a left page : 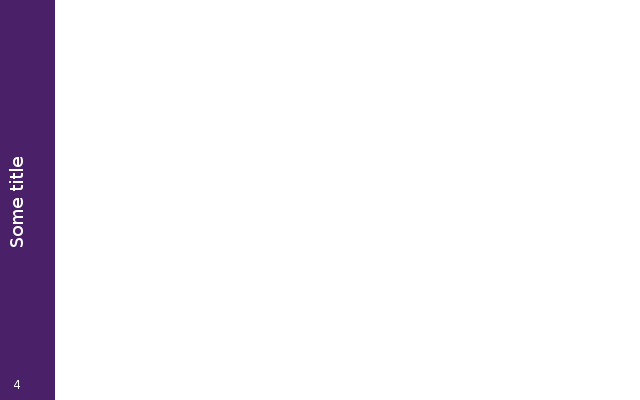 On the right page the title should be oriented the opposite way (the top of the title always facing the nearest page border).

It may be worth mentioning that \setuptexttexts and \setuptext are part of a series of commands :

I thought I had found the solution, \setuphead having a textcommand argument. However the following does not seem to have any effect :

(neither do command or deeptextcommand arguments).

To get markings for the margins, you need:

Now, the rest is simply to figure out the correct rotation. I use \framed because it is easier to control the width of the box, but you can use \rotate and manual setting of the box width as well: 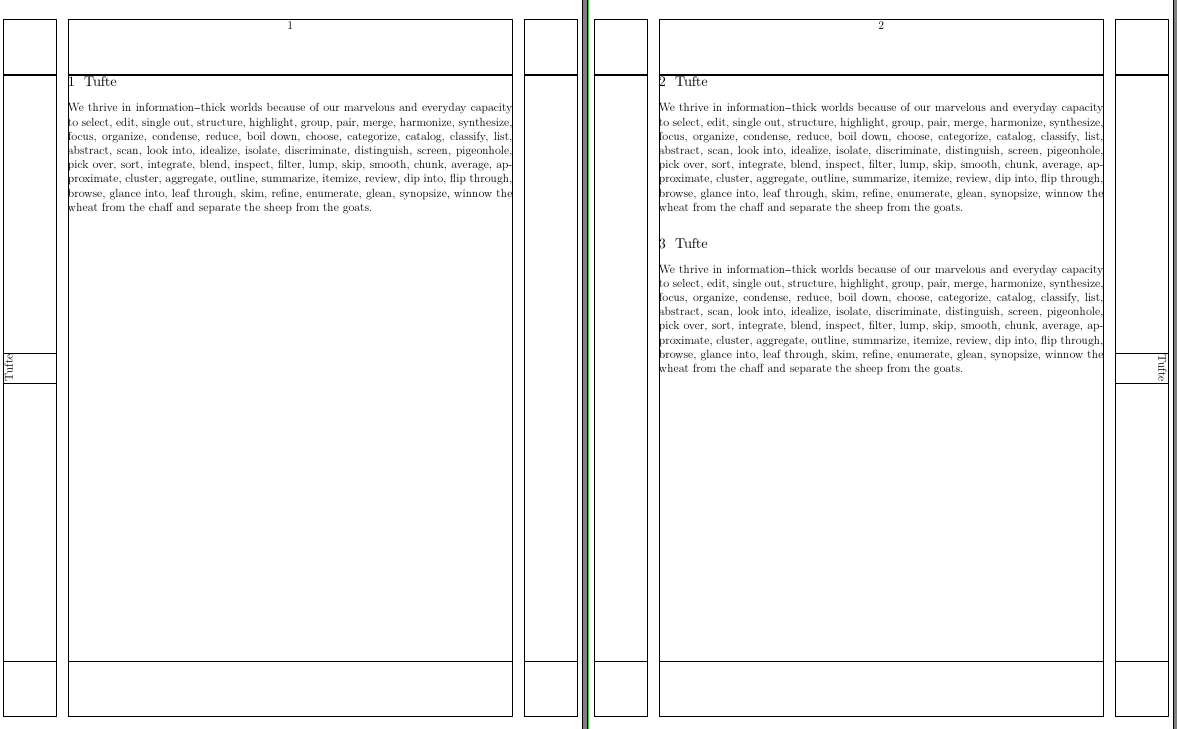 If you want more control over the location, another option is to use \setlayer.

Not the answer you're looking for? Browse other questions tagged margins titles context rotating or ask your own question.

29
Chapter Title in rotated vertical box at the margin
7
Add some vertical text on the margin of document?
6
How to a put a repeated text in the left margin of a page, like a header or footer, but on the side
3
How can I maintain the current page nodes for portrait when temporarily entering landscape mode in TikZ?
3
fancyhdr resets geometry to adjust header heights?
2
Section Titles in Margin Notes

2
LyX: Different margins for page numbers
10
problem with image rotation
2
KOMA-Script footer margins
3
Where's top margin actually measured from?
0
How to even out margins around a border?
2
TikZ rotated filled rectangle with text along spine
2
In memoir, remove all margins from a page?
0
How to move section,subsection, etc. title entirely to page margin?
1
Spacing issues from vertical margins