I do not know whether what I am asking is even possible or not from what I know of float environment. I have two figures, actually made from a single figure too large for a single full page (Figures A and B in the MWE). My problem is where to place the caption.

I would like to keep the two figures perfectly aligned, so one caption in just one of them is hardly an option. There is no room for sidecaption neither. Another solution would be to use on of the rotating package commands and have the caption sideway, but ideally it would be best to keep all tex orientated the same way. So my question is, is there a way to define some environment that would allow the caption to get the caption over the two pages ? Alternatively, some sort of "continued caption" command would work nicely too.

In the MWE, I am using the solution reported here to have the first figure starting on an evenly numbered page.

Edit: I made a sketch showing . Although option 1 seems something very painful to do, maybe there is a way to do option 2. Maybe ... 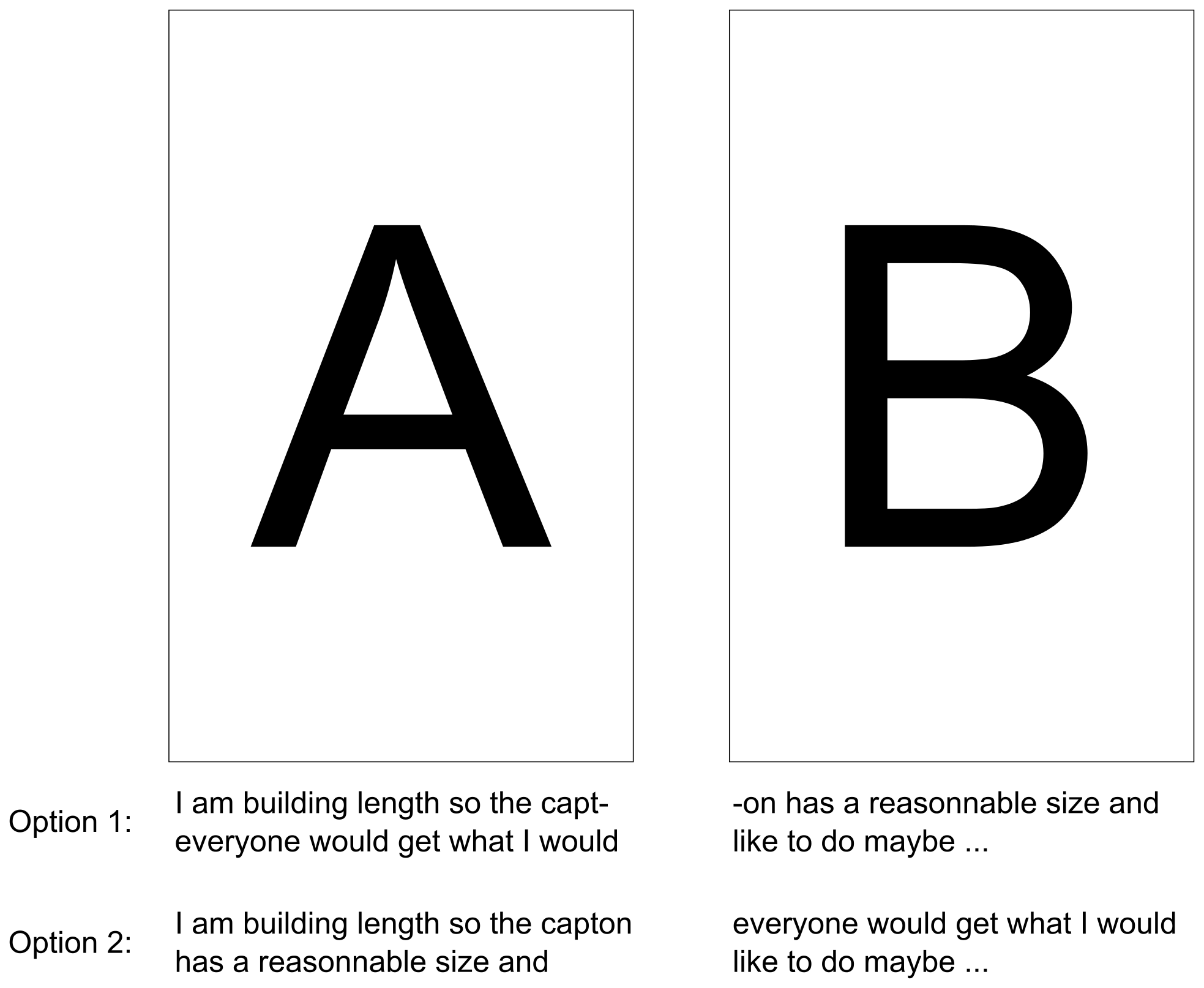 This is based on the approach suggested in my comment. My original approach for the continued figure page was to 1) decrement the figure counter, 2) make \addcontentsline relax, and 3) redefine the continue \@makecaption to omit the label and colon. However, jarauh pointed out in a comment that \caption* of the caption package accomplishes the same thing, so my EDIT incorporates that simpler revised approach.

In addition, I made use of \caption's optional argument to make sure the LOF provided the proper information.

Here is my MWE.

Not the answer you're looking for? Browse other questions tagged graphics rotating or ask your own question.

8
Two figures side by side with text wrapping
10
Why are my Images not correctly centered?
3
How to annotate figures with TikZ without affecting the float position? a template for western blots
0
An image side by side in latex
0
Caption of figure from PDF overlap page number and at the end of page
1
Side-by-side figures with caption, specify height but use whole textwidth
3
What is a good maximum height for an image?
0
Change rotations with sidewaysfigure and twoside option
2
How to place the figure caption to the left/right? Not aligning, but moving it