Forcing text to go on after figure

i have a problem with the spacing after a figure in my document. Here is the code i use:

I described the problem in the sample code. I only have a limited number of pages for this report. I have checked with a ruler that there is enough space below the caption of the figure to put at least a little space and 6-7 lines of text. But somehow latex thinks different, so how can i convince it?

/edit1: Sorry, the \vspace below the caption ist not acually there (i copied it from another part of my document). And the negative \vspace does not work. The text either stays on the third page or it will be written across the figure which is of course not acceptable. It will just not start below the caption.

/edit2: If i use \begin{figure}[ht] the whole figure is shifted to the end of my document, which is also not acceptable. Another problem is that the "changes needed to reproduce the problem" are ruining the layout of my document and on top are not needed by me. I can totally reproduce the error with my original code. I try to show a picture of this part of my document to illustrate the problem. I also would upload the full working sample of my code, but it is awfully long due to the text. I have uploaded the files of the 3 page example here. Including the output file i get.

I thought I would show an extreme case. 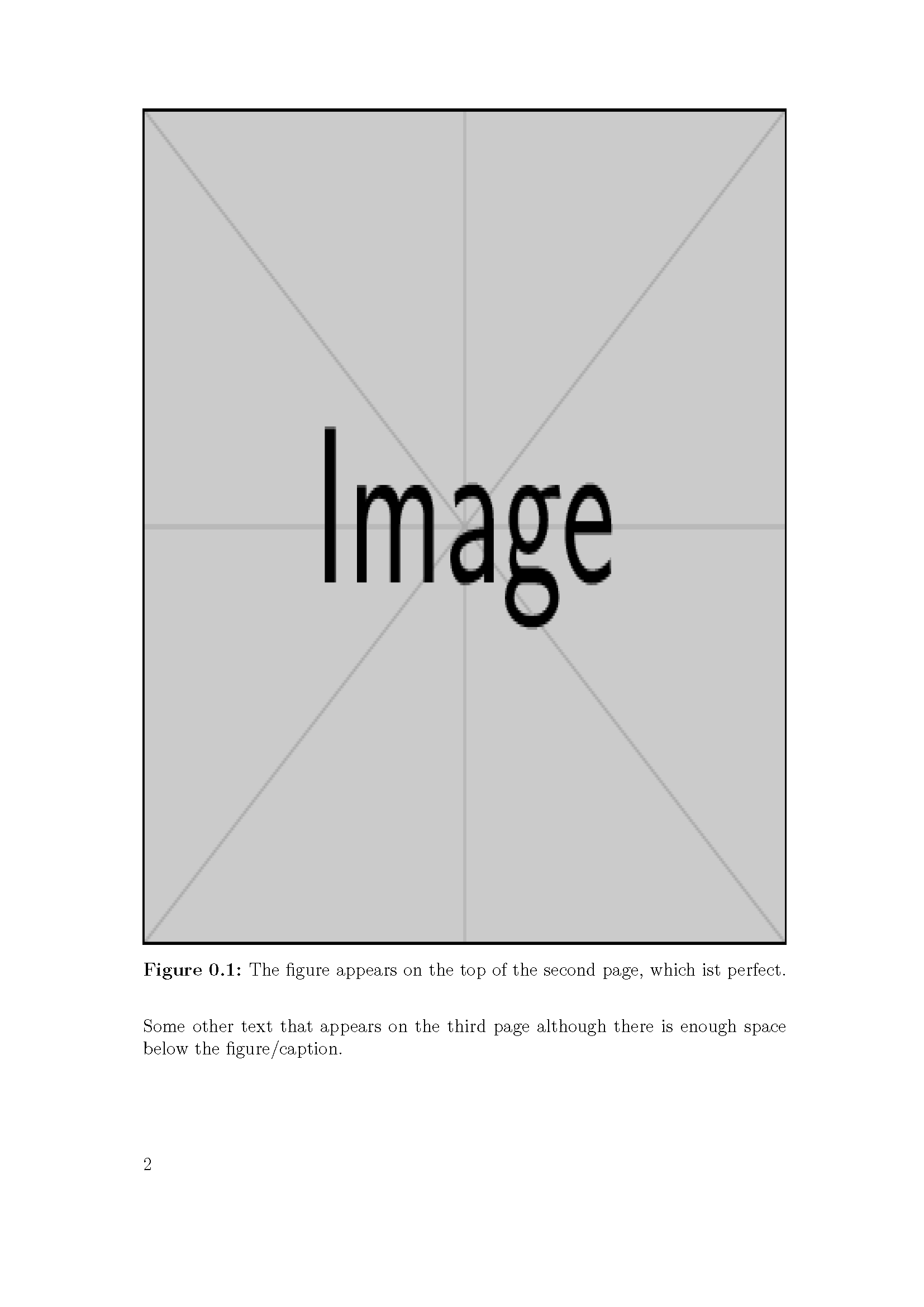 Not the answer you're looking for? Browse other questions tagged spacing floats or ask your own question.

691
How to influence the position of float environments like figure and table in LaTeX?