Simple glossaries one to one translation between languages

I would like to create a document with two glossaries of the following kind:

For each word and its translation, I would like to have just one LaTeXentries which is used by bothglossaries`. So something of the following kind:

I could not figure out a way to do that with the package glossaries, but I am not familiar with it. How can I do that? 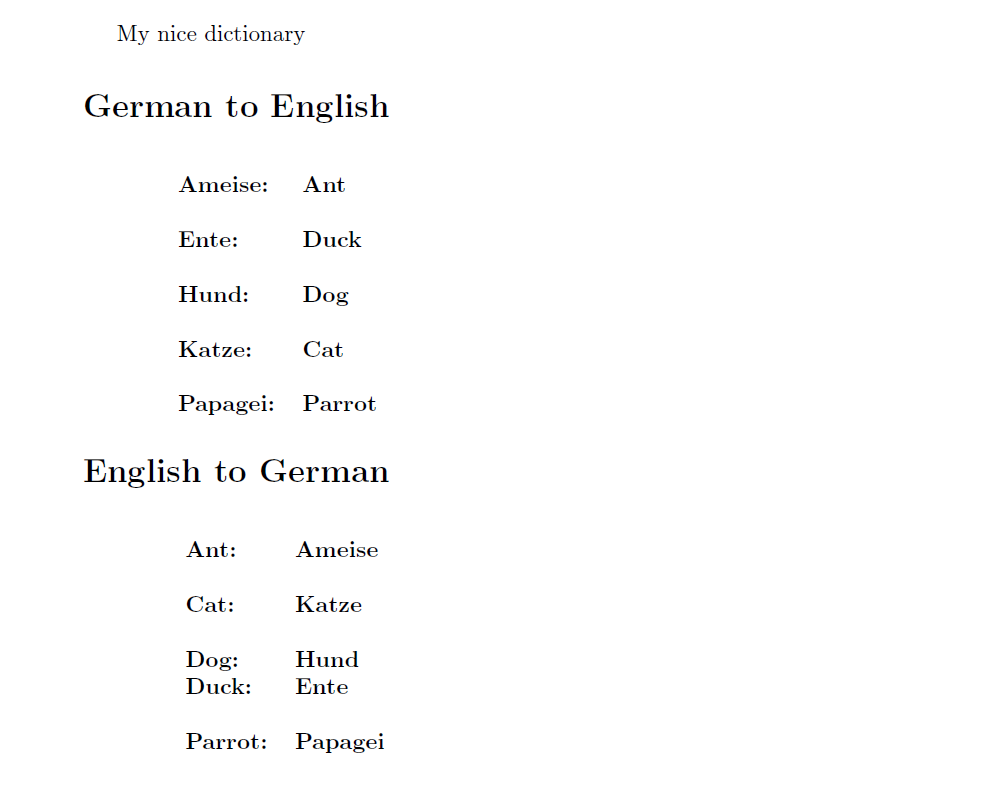