I've used the \fontable command from the LaTeX package of the same name to print out all the glyphs represented by the font "cmex10". I've also written a program to display all the glyphs and their names (if present) in an OpenType font, in this case LatinModern-Math.otf.

There are three sizes of larger-than-usual right and left delimiter glyphs for braces, brackets, floor, ceiling, angle brackets, and fraction slashes. Four sizes for parentheses. If these sizes don't work from some math typesetting, there are extension glyphs later in the font that can be pieced together to build even larger of these mathematical symbols, but we can ignore those for this question's purposes.

For example, in cmex, \char8, \char26, and \char40 are used to represent the left brace symbol at three (increasing) sizes, over and above the usual left brace '{' symbol at the usual font size in another text font.

The Latin Modern Math font has a superset of these larger delimiters. Not only does it have a usual brace character for text, but it has seven larger left brace character glyphs available for use (this is true for the other delimiter glyphs as well). Within this OpenType font, the internal names of these glyphs are "leftbrace" (for the usual), and "leftbrace.v1", "leftbrace.v2", ... "leftbrace.v7", each increasing in height. Since each of these glyphs corresponds to the same Unicode (or other encoding) character code, the only way I can see to retrieve the glyph is by its name (which hopefully will never change in future versions of the same font file).

Same question for parentheses, of which there are four larger sizes rather than three. In cmex, whole left parens are \char0, \char16, \char18, and \char32. Which four out of the seven variant glyphs in the OpenType font should one use?

In short, what is the proper mapping to guarantee that these open and close delimiter glyph sizes from LatinModern-Math are correct, or at least as close as possible, when trying to duplicate just these particular glyphs originally in Computer Modern Extended? I understand that there are baseline differences between the two fonts (per this question), but the present question only concerns glyph shapes and relative sizes for these particular open and close delimiters.

You can certainly compare the fonts in the font editor of your choice. However, it is probably easier to do this with lmex than cmex to minimise differences, since lmex should include essentially similar glyphs (but fewer, obviously) to those in the maths font. Yet these have the same names as the corresponding glyphs in cmex. So, matching against lmex will give you the relevant match with cmex but without the distraction of stylistic differences between Computer and Latin Modern. 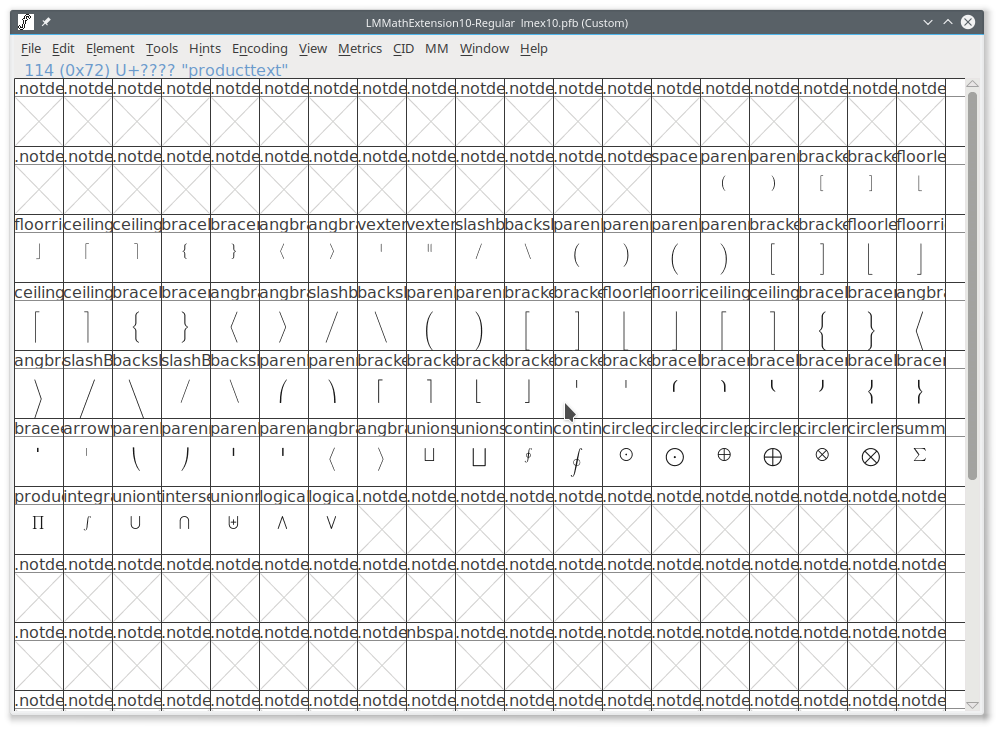 This is just lmex in type1 format. On its own, this tells you little. But you can compare individual glyphs with those from the maths font. For example, 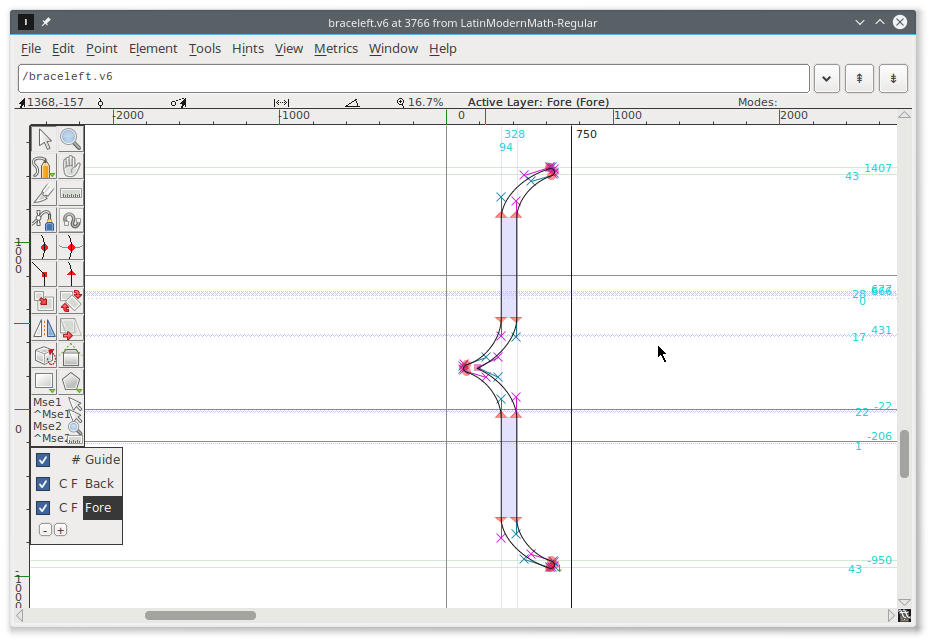 is a candidate glyph from the maths font and 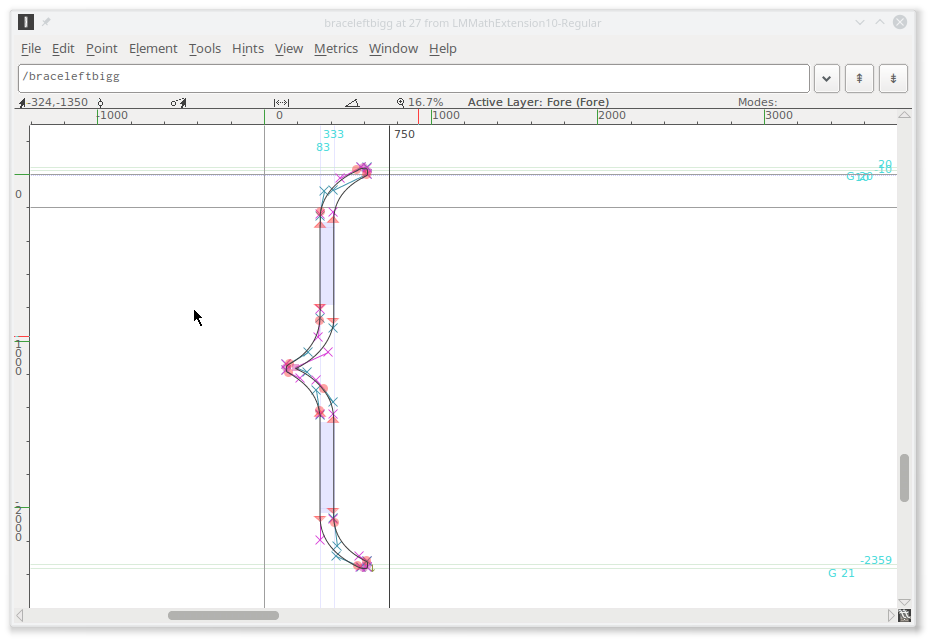 is a target glyph from lmex.

(I didn't check closely, but the glyph from the maths font seemed the closest to this one. The relevant information here is the scaling factor, which should be the same or almost the same if the windows are the same size, and the sum of the depth and the height. Expect the depths and heights to differ. The total height is what matters here, I think.)

Another option is to download the sources from GUST and see what information you can glean that way.

Not the answer you're looking for? Browse other questions tagged fonts opentype latin-modern computer-modern or ask your own question.