I am trying to draw the following mathematical diagram (see attached). If all the elements were in an array style figure I would be fine with the usual \begin{array} etc. However the arrows from the \mathbb R symbol extend over what would be several elements of an array. I really have no idea how I would approach this picture and wondered if anyone could point me in the correct direction? Many thanks! 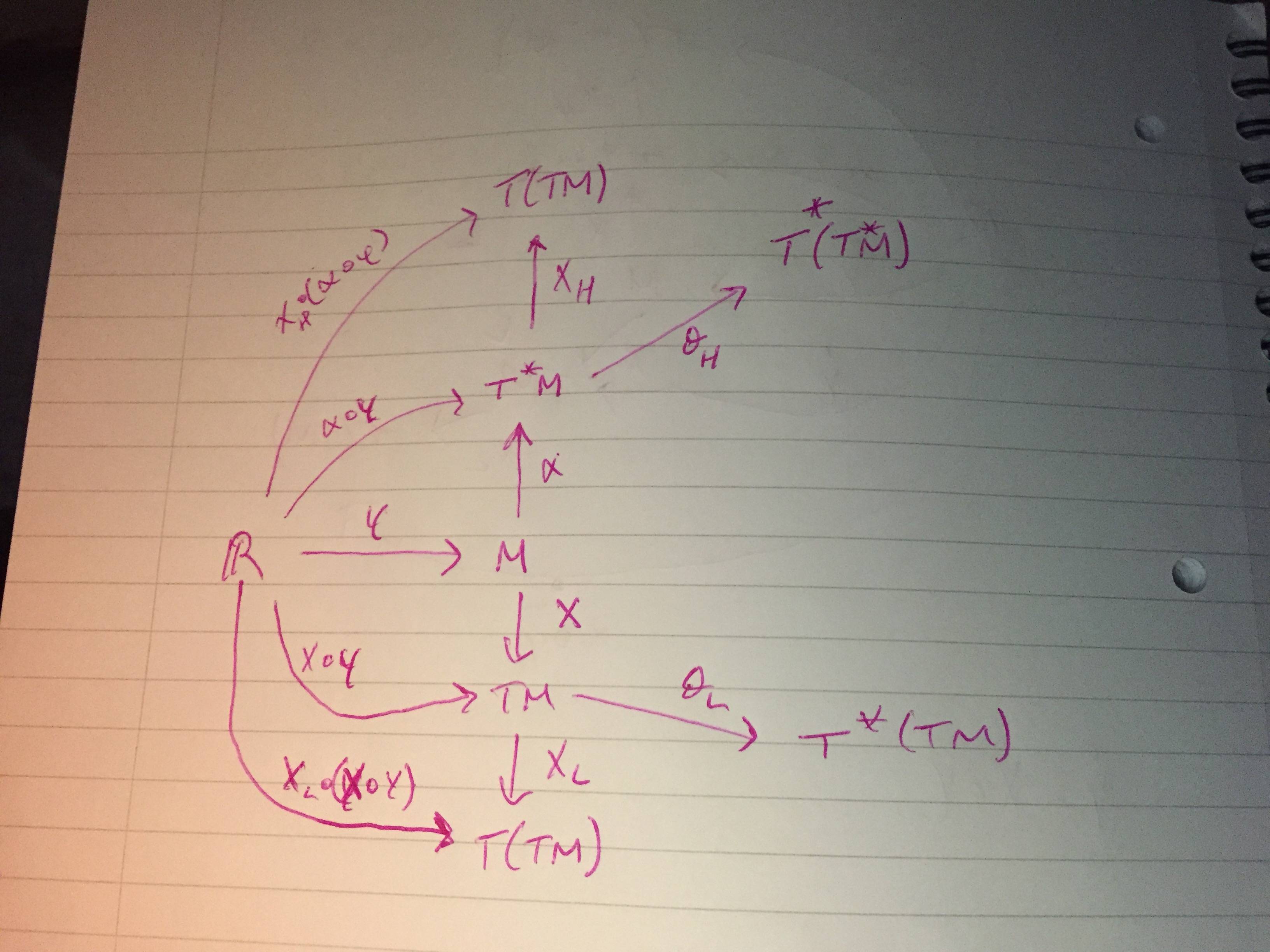 This would be definitely doable in TikZ or PSTricks, but I think it'd be an overkill for a simple diagram as this. I think you should use tikz-cd, very minimal code, and specifically designed for this kind of diagrams.

Keep in mind that it works like a matrix (a table basically), so you know how you can place the various "nodes". Also, the command for the arrows are easy too, the letters indicate the direction: u for up, d for down, r and l for right and left, dr for down-right, drr for down-right-right, and so on.

I couldn't read the text on some of the arrows, so you might have to fix that, but it gives the idea. 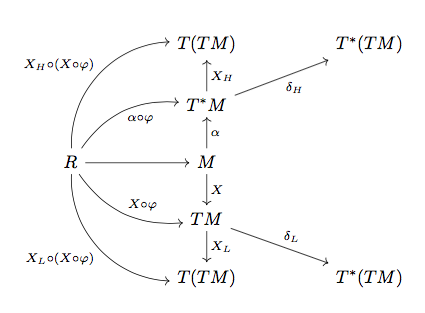 The code required by the psmatrix environment is not very long either. The main difference with tikz-cd is that one first describes the nodes, then the nodes connections. 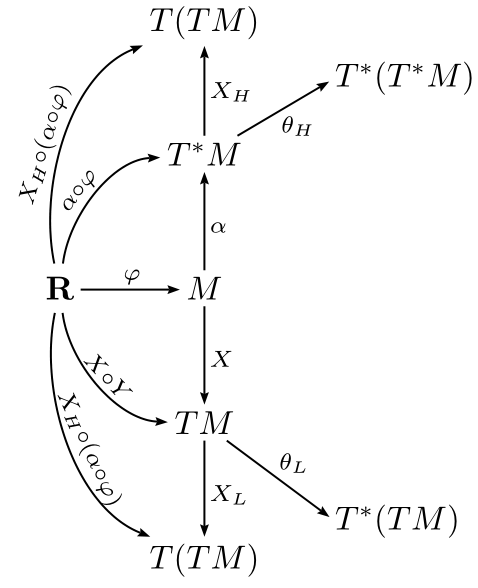 Hoping I have correctly read all the arrows, here is my code and output: 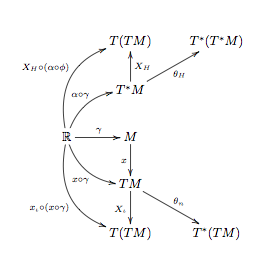 Basically, a \xymatrix is a big matrix, where you can have arrows starting at ending at any cell you want.

_ and ^ after an arrow place stuff on its sides. Don't ask me for more details in the case of turned arrows because I myself often get this wrong :), but if you have an arrow pointing to the right (perhaps up-right, so a combination of us and rs), _ puts stuff below it and ^ above.

Then there is the world of the @s. The \ar@ command is one of the most complex I know of. You can have multiple @s in a single arrow, and they take very variegated arguments. I won't go too much into details, but the documentation should help you there.

That is about all I remember. I haven't drawn diagrams in quite some time, and I recently switched to tikz-cd because it allows for colored arrows, which xy unfortunately doesn't. However, I used this package for a couple of years and it is a nice way to draw B&W diagrams -- up till you want to mess with arrow loops, or do some weird arrow fiddling, where xy comes short of control, and tikz-cd comes to the rescue, once you learn how to use it :).

I should point out that, at the time of my last argument with xypic, the TL distribution had an out-of-date version of it, whereas the up-to-date version could be found on sourceforge, the package author's site.

Users of lualatex could also use luamplib to write in-line Metapost graphics. But it's not nearly so succinct as tikz-cd, and you need to know how to use MP. 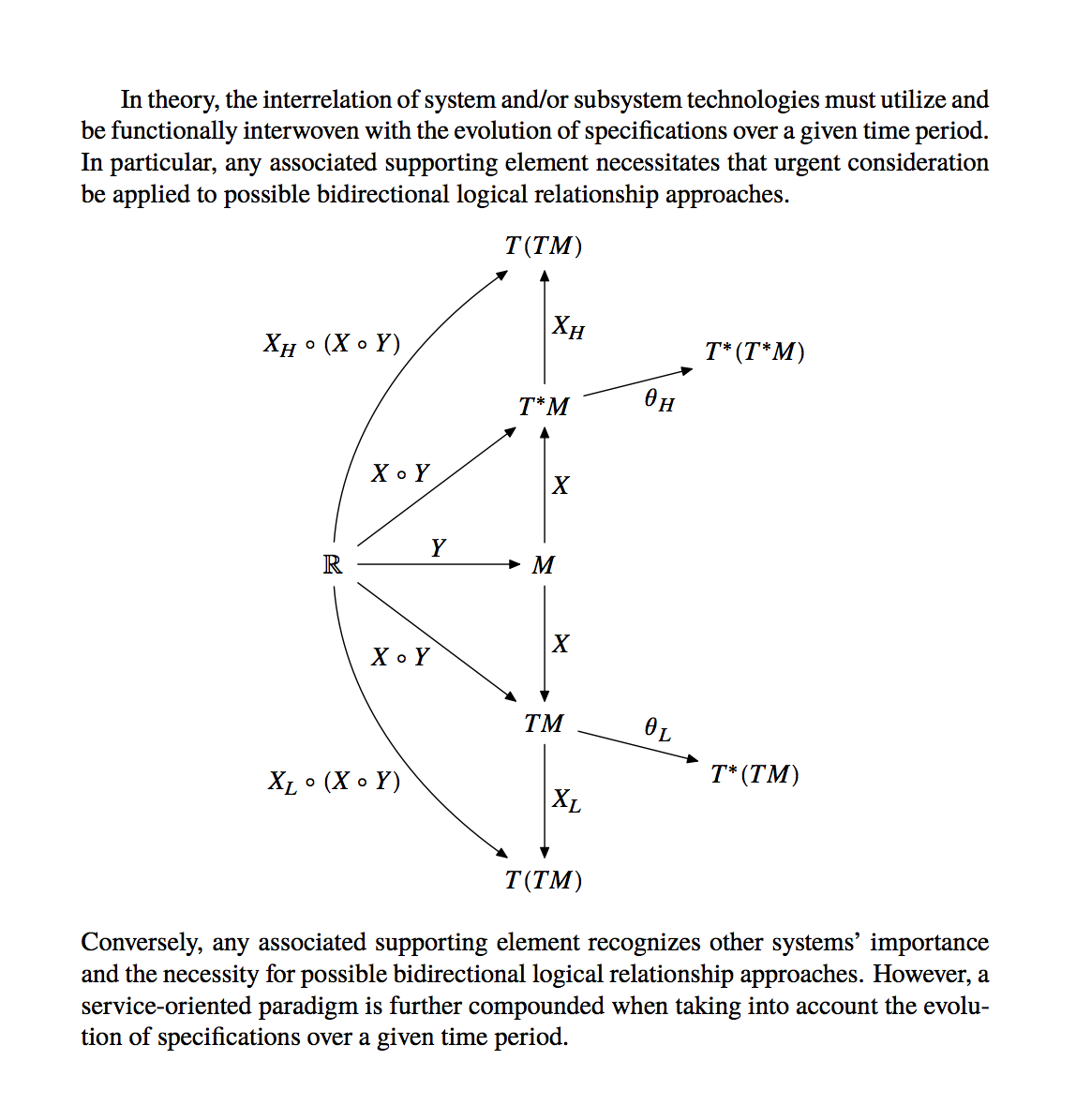 Not the answer you're looking for? Browse other questions tagged diagrams commutative-diagrams or ask your own question.

124
What graphics packages are there for creating graphics in LaTeX documents?
5
Problems with tikzcd diagrams
6
Problems with special arrow shaft in xypic
4
Loop arrow in xypic
4
Dotted and bent xy matrix arrow has non-dotted turns

28
How to produce John Kruschke's Bayesian model diagrams using TikZ or similar tools?
2
Creating a diagram in LaTeX, possibly with TikZ?
17
Drawing a block diagram with TiKz
4
group actions in diagrams
1
How to create certain picture with tikz
5
Arrows for morphisms of exact sequences
4
Drawing rectangular commutative diagrams
0
How to draw the following diagram using tikz?
5
Labelling arrows drawn to paths in tikz-cd
0
Drawing diagrams inside a particular commutative diagram