Let's say I have a document with a narrow text width and lots of margin to spare. If I had a particularly long equation that failed to fit into the given width, the general solution would be to break the equation across multiple lines.

But if a particular equation was not well suited to that approach, is there a convenient way to temporarily change the margins just for a given equation? I provide a kludged approach below, but it requires manually inserted \vspace of an empirically derived magnitude. It just seems that there should be a better way. It also requires a specification of the widened textwidth, but that is OK, since I would prefer some uniformity of expansion, if the technique has to be used more than once in a document.

As an afterthought, I would note that \leftskip and \rightskip approaches do not seem to change what happens inside the equation.

I'd avoid doing this as hard as I can. But… 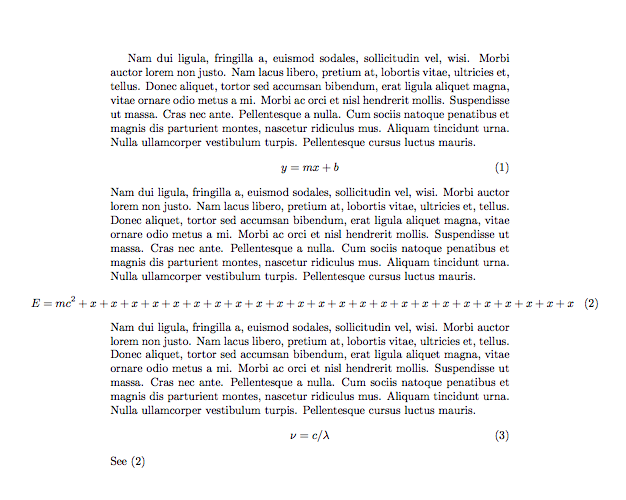 Here is a solution with the eqparbox package, which allows measurement of tagged boxes. It requires two compilations: 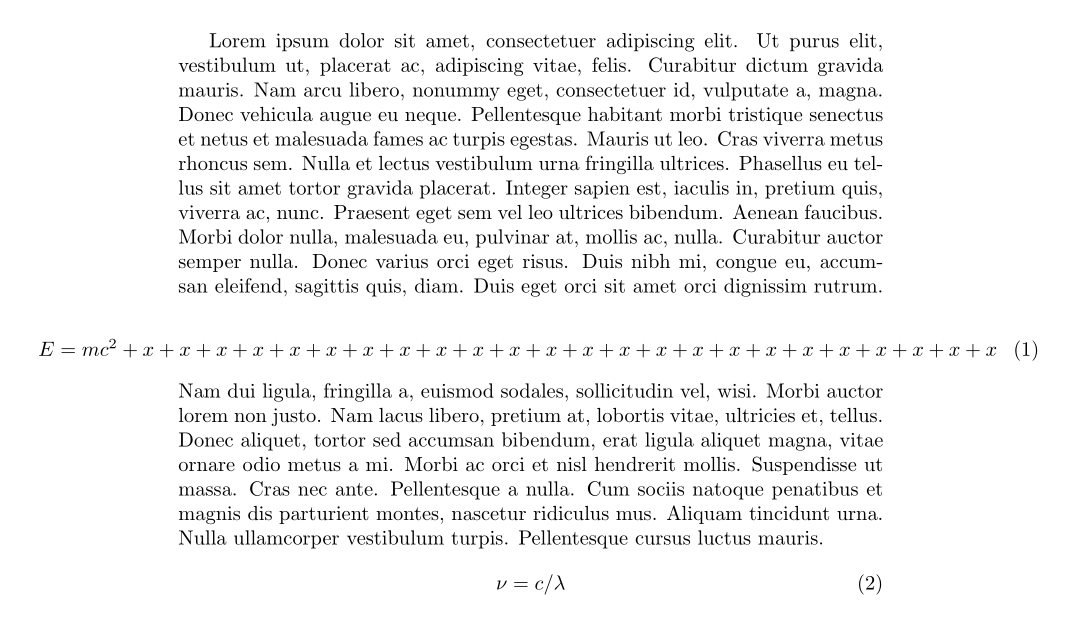 It seems that you could also use the adjustwidth environment from the changepage package:

Not the answer you're looking for? Browse other questions tagged equations margins or ask your own question.

0
How to change the text area of a particular page