I've been using nearly identical LaTeX code to typeset several adjoint triples. In all but one the arrowheads point as they should, but one of them is messed up. Here's a minimal working example, but with one catch: it displays correctly. (This isn't the case in my long manuscript. For some reason, this is the only diagram that doesn't display properly.)

The messed up arrowhead is the one on the arrow labeled $L$. In my version, it points south-east. Can I add some code to force the top arrowhead to point south-west?

In case you did not know the package tikz-cd: Here is an implementation of what you want with it. 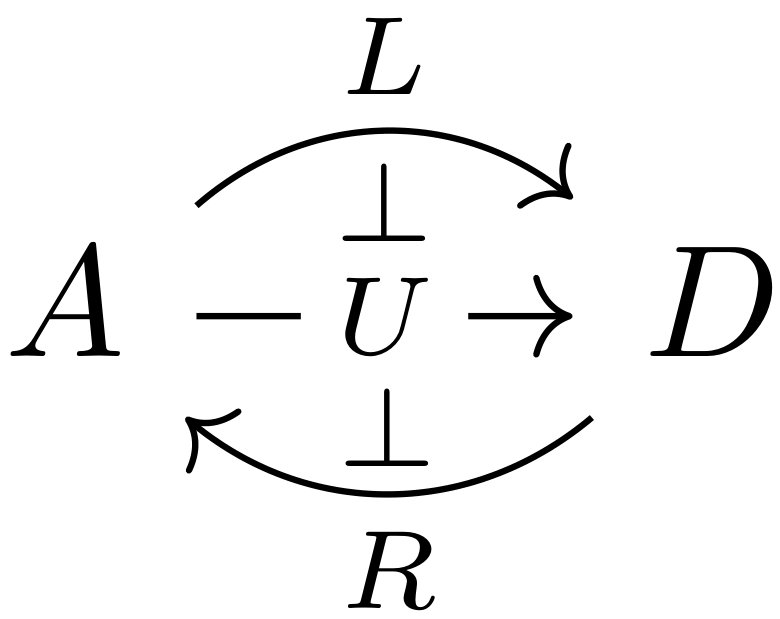 Not the answer you're looking for? Browse other questions tagged arrows xy-pic or ask your own question.