I need to print the endnotes created with enotez package to be printed not on a new page but on the same page where the last line of the chapter is printed. (I use enotez with reset option for creating seperate end notes for each chapter.) 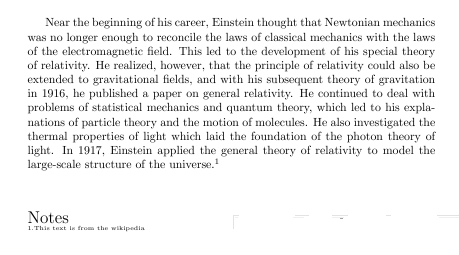 Now not only it goes to a new page but where it is on the even page it leaves a blank page and goes to a new odd page for the beginning of the Notes.

When you use a class that has a \chapter command then per default enotez uses \chapter* for the heading of the list. And as you're probably aware of \chapter calls \clearpage which explains the new page.

This is explained in the option section of enotez' documentation: 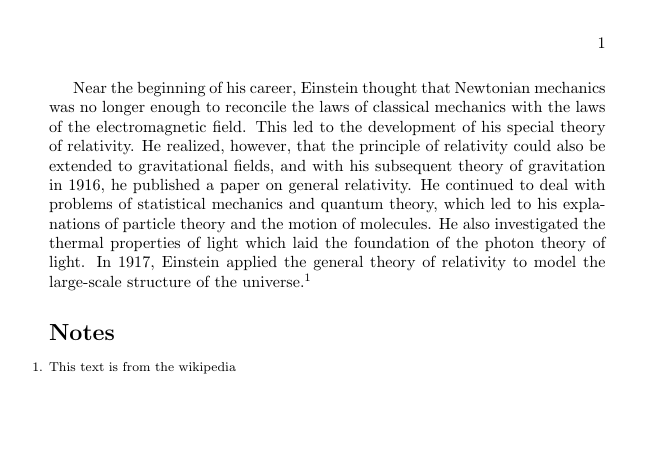 Not the answer you're looking for? Browse other questions tagged endnotes enotez or ask your own question.

3
How to hide the endnotes in single command
1
enotez package: how to format split section headings?
2
How to customize the endnote counter using enotez?
2
How to get the same appearance of an end note in endnotes and in enotez?
1
How to have hyper-reference from endnotes numbers to their corresponding numbers in the main text?
0
How to modify the endnotes package so as to reduce the spacing between the vertical line and the endnotes?
0
Print enotez list without section number
1
enotez: listing chapter or section names at the listing of endnotes