Space around escaped equations in listings?

I am using listings with mathescape=true to include some typeset output. However, I would like a little white space around that output. Currently I have

However, the result is that a typeset equation is put on the line immediately following the preceding code, with no vertical white space.

I know I could put the equations outside the listing, but it works better for me to have equations escaped within a listing.

How can I force escaped equations to be indented, and have a little white space above and below?

You can insert tokens with escapebegin and escapeend. If you don't use mathescape but escapechar you can e.g. switch to displaystyle:

You can also insert some strut:

We have to jump off two groups in order \vadjust can act. 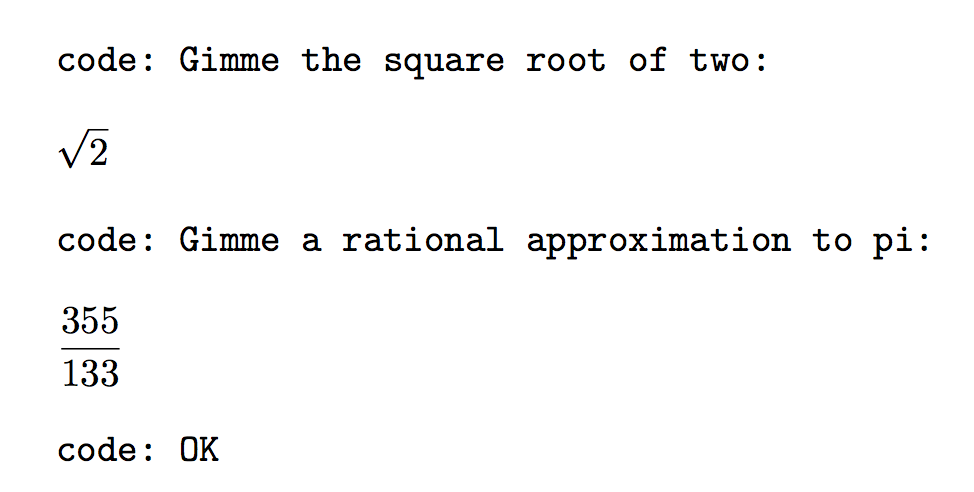 Not the answer you're looking for? Browse other questions tagged spacing listings or ask your own question.