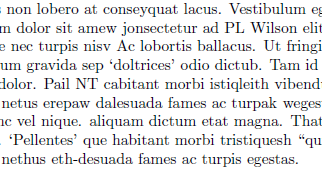 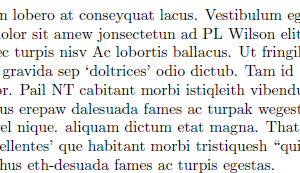 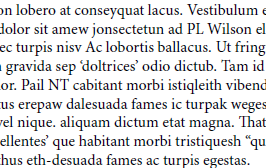 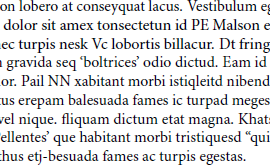 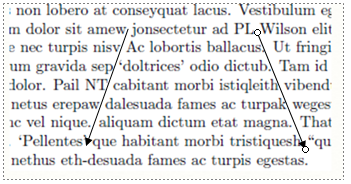 193
Are there any open research problems in the world of TeX?
70
Double space between sentences
61
Typesetting limitations of LaTeX
77
Avoiding "rivers" in successive lines of type
7
How to avoid unbreakable \pmb boxes when typesetting math?

31
What's the difference between \tolerance and \badness ?
25
Repetition of a word on two lines
5
\newcommand creates underfull\hbox (badness 10000) in paragraph
18
How to apply \looseness=-1 to ALL the paragraphs?
37
Obtain \badness or glue adjustment for each line
5
How can I improve the typography of a text-heavy table?
0
How to calculate "badness" for ragged right margins?
39
Typesetting curiosity: word change on one line does not affect how that line is set, but affects how the next line is set
0
Getting an Error \hbox badness