When I tried to type mathematical terminologies, like Hasse-Weil theorem, there is a minor thing which hurts my eyes.

The issue is the spacing between and after the hyphen, which you can see in the following picture. The is almost no spacing before it, and there is a (visually visible) "big" spacing after it.

Theoretically, I understand this is a correct design. However, emotionally, I DON'T LIKE this.

Does this issue ever bother you before? And if yes, how do you deal with it? 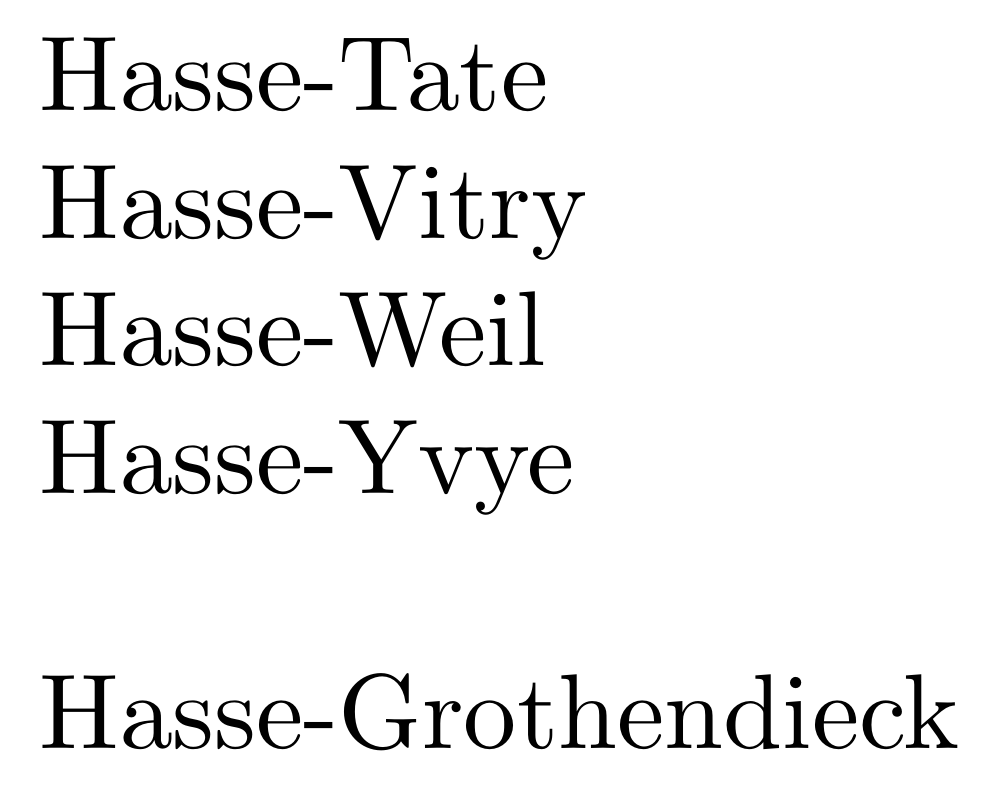 The Computer Modern fonts define no kerning between the hyphen and uppercase letters, so if you want it you have to insert your own: 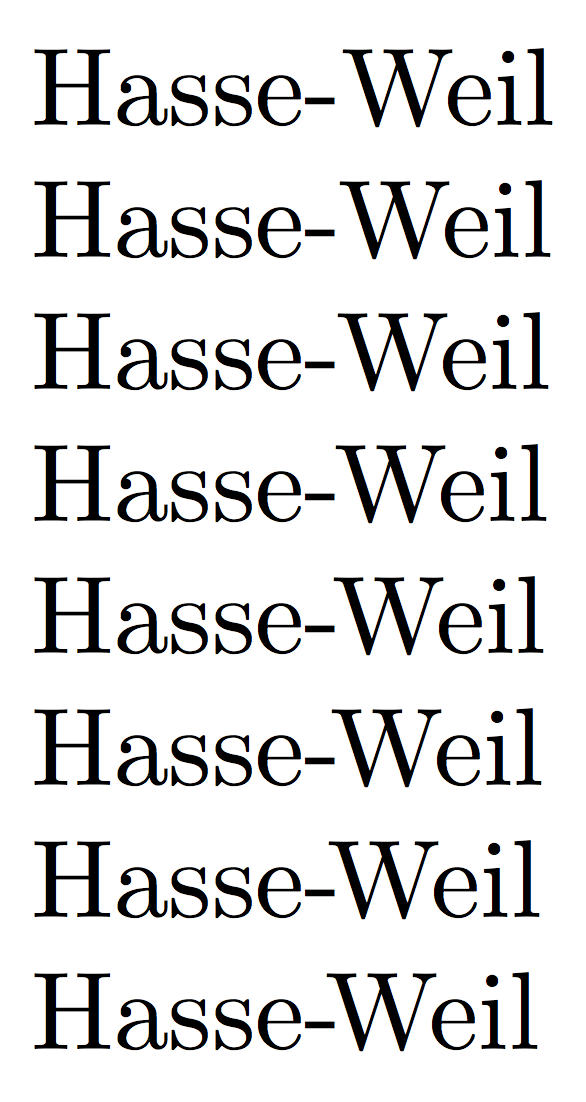 For a semiautomatic version, add the same kern that would be inserted if the hyphen had been an A: 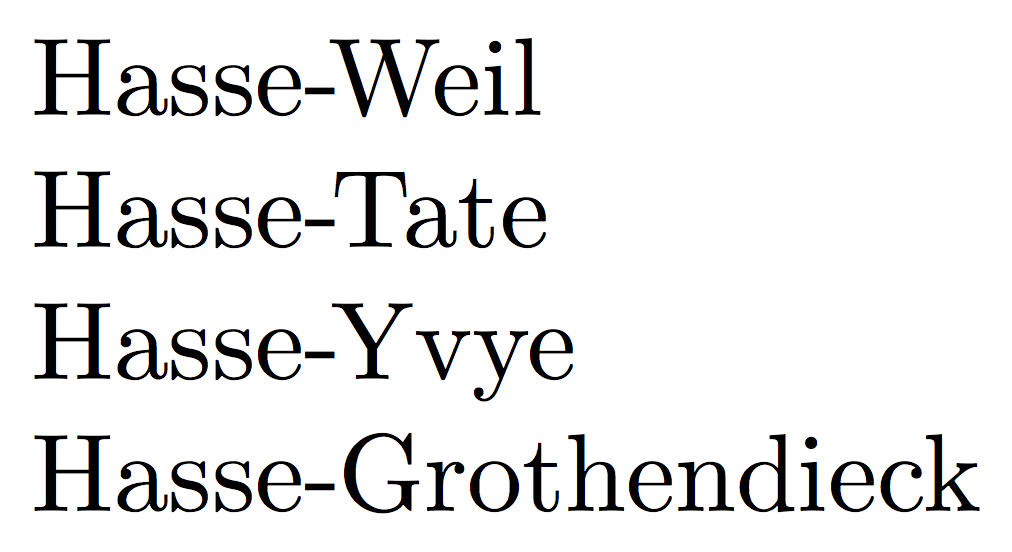