How to automatically remove additional space introduced by primes of left superscripts?

I need to use left superscripts. I know that there are packages as mathtools, tensor and leftidx. But they all suffer from the same typographical problem. 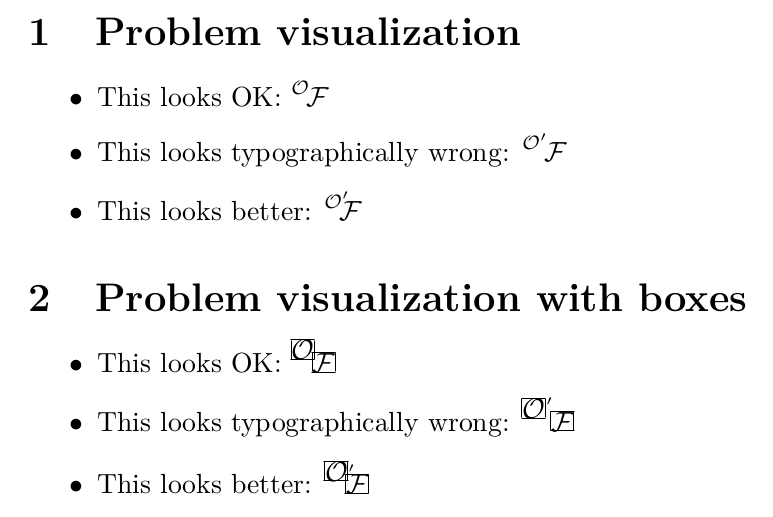 Now here is a MWE:

I produce the typographical correct version by manually telling LaTeX that the prime symbol does not any space. But I would like to avoid using \mathrlap and would rather prefer an append macro that automatically figures out how much extra space is needed.

The “visual hole” depends of course on the relative shapes of the symbols. You can remove the \scriptspace on the left superscript, which will reduce the gap.

In a product version you will of course change \trylength to \z@ (that is, 0pt) in the definition of \app@@nd. 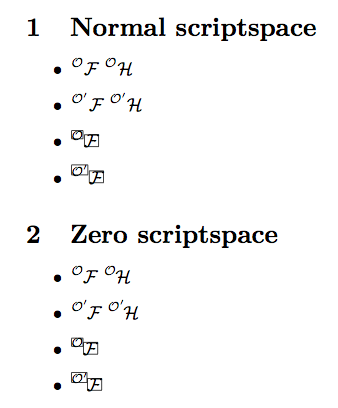 Not the answer you're looking for? Browse other questions tagged math-mode spacing superscripts left-superscripts or ask your own question.