Properly aligning drawn lines between the corners of 2 rectangular nodes in TikZ?

When I draw a thick line from the corner of one box to the same corner of another, it doesn't attach properly. See the code and picture below: 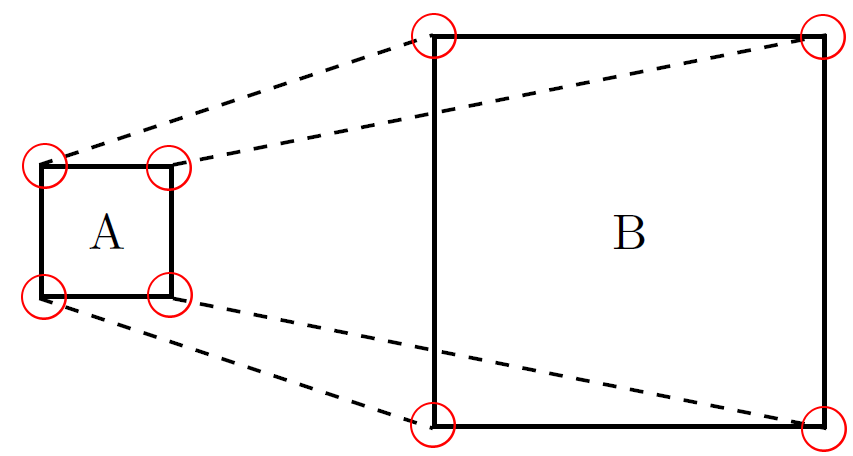 How do I make the lines attach exactly to the corners and not slightly off as in this example?

First, the explanation. When TikZ/PGF creates a node, then it stores various associated locations as "anchors". These can be used to refer to points on the node other than its main coordinate (its centre). A very common family of anchors is the border of the node, these can be referred to by angle, as in (node.45) or by compass direction, as in (node.north west). Although the node can define rules as it likes for these, the basic nodes tend to position these so that they are the sensible choice of point on the boundary of the node (an example of "sensible": on a rectangular node (node.north west) is always a corner).

The key phrase here is "on the boundary of the node". The line width is crucial here. If you write:

Better would be if the node itself knew of this "mid-boundary". There are two ways to do this that I can think of straight away. One is to define a new node shape where the anchor boundary was not adjusted by the line width. This would be fairly easy to do: copy the definition from the right file and make the necessary adjustments, but isn't something that I'd recommend for a one-shot picture or to someone not happy with \makeatletter ... \makeatother. If this is something that you're likely to use a lot then say so, and I'll help make the modifications if you need help.

A quicker (and dirtier) way of doing this is to separate the drawing of the border from its use as a way of setting the anchors. Two ways to do this spring to mind: use two nodes, or use one with a post- or pre-action. In the first case, you define a node which is not drawn but which defines the shape. Then you put on top a new node which is drawn. Then you refer to the first for the anchors. The second case is in effect the same, except that you combine the commands into one which avoids creating extra objects and unnecessary duplication of commands.

Here's the above example done the first way:

We do have to specify the line width on the action, even if it is a pre-action, since the line width=0cm gets set immediately. It would be possible to define a way of saving the current line width and restoring it within the action.

The important thing with this one is to ensure that any size commands on the first are replicated. What would get difficult with this would be if the size of the node was determined by its contents.

Both of these produce the following:

Now we can see that the arrow goes where it should.

If we add this to your code, we can see its effect. To emphasis the effect, I've increased the line width to 1mm and drawn the dashed lines as solid red. 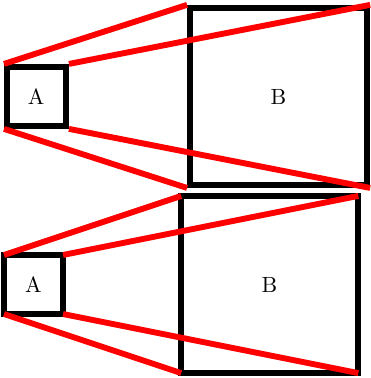 (Notice another effect of this shifting of anchors. Since the righthand square is positioned relative to the first, changing the node boundary changes its position ever-so slightly.)

To make it easier to code, I did what I suggested above and defined some keys. Thus the node itself is defined as:

The full code (for the above with both versions) is:

Update: The choice of preaction or postaction was initially arbitrary, but having seen the updated question I realise that I chose the wrong one. It should (as it now is) be a postaction. This is so that if the node is filled (which can be done on the main node as it isn't affected by line width) and then drawn then the draw should be done second so that it is on top of the fill. Otherwise the fill takes out half of the line width (as seen in the updated question).

Why not use outer sep=0pt for the first nodes, By default outer sep=0.5\pgflinewidth I think it's enough to get a good result. The two last pictures are the same with draw with anchor in boundaryor outer sep=0pt 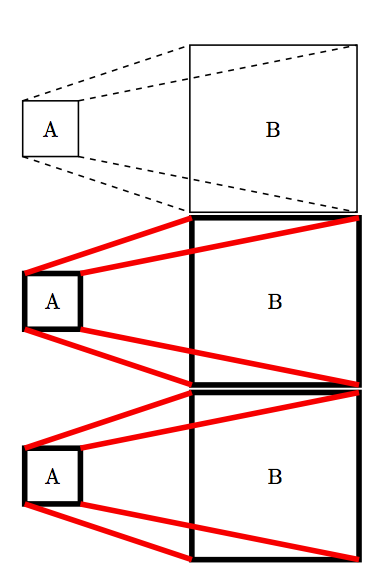 Andrew Stacey gives an excellent explanation why the lines only touch the node’s border and Alain Matthes gives a solution that is in this simple case superior (and essentially the same).

Inspired by Martin Scharrer’s answer to a question that asks for more anchors I actually added more anchors to the rectangular shape.

All anchors that lie on the border (all compass points as well as .mid west, .base west, .mid east and .base east) are duplicated to line <old anchor name>, e.g. .line north west, .line north, .line mid east and so forth.

In this answer three outputs are given: 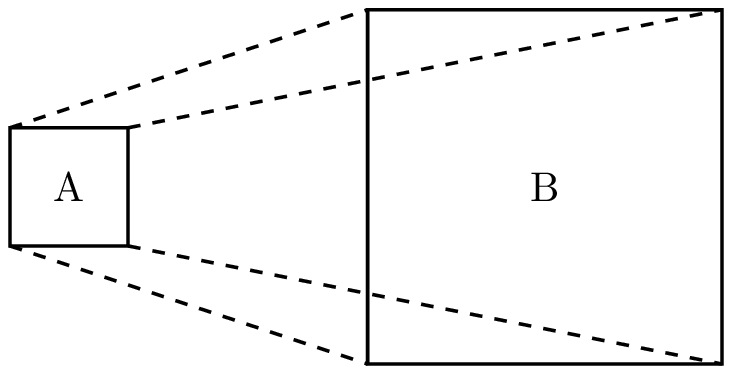 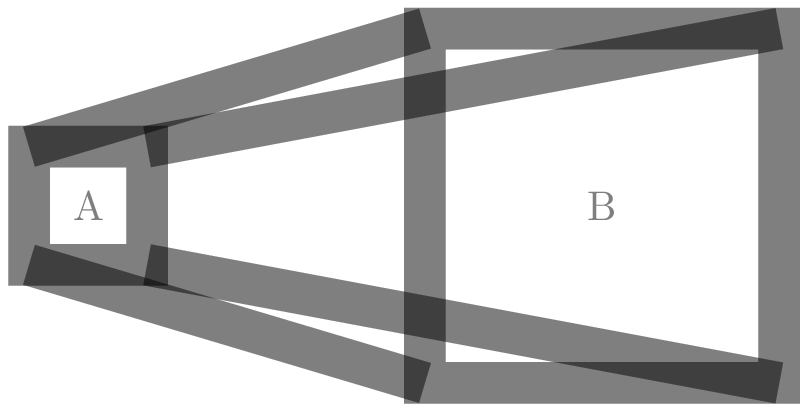 2
TikZ: alignment of a path that exits node corner?
71
Add more anchors to standard TikZ nodes
45
How to diagonally divide a table cell … properly?
9
Complex objects in TikZ: pgfkeys scope and best practice
5
Understanding TikZ node placement
6
How can I define a calculation of a dimension that I can reuse in a \savedanchor declaration?
4
Positioning node at end of line
2
In TikZ, what are the coordinates "node" uses to "draw"? (the effects of the difference between "inner sep" and "outer sep")
1
Joining corners of a node and matrix

19
How to define the default vertical distance between nodes?
16
Numerical conditional within tikz keys?
7
Why do I get an extra white page before my TikZ picture?
17
TikZ: Drawing an arc from an intersection to an intersection
12
Drawing rectilinear curves in Tikz, aka an Etch-a-Sketch drawing
9
Line up nested tikz enviroments or how to get rid of them
8
How can I draw angled lines in LaTeX to create ruled template for calligraphy?
3
Arrow between BTrees
2
Document header with tikz