How to box two lines inside align*

I asked a similar question today except it was targeted at one particular line inside the align* environment. Now I want to enclose two lines. The failed attempt below makes my intention clear:

\Aboxed from mathtools pkg was a great solution, you didn't have to specify mandatory parameters and it was as simple as Aboxed{ } - alas it only works for single line boxes.

As for \Aboxed I don't want to be asked how wide the box should be - it should be automatically determined.

As usual, I prefer predefined solutions, and less obstrusive code to achieve the desired effect. The less clutter the better.

P.S. By the way, this manual seems to suggest \mbox, and anologously \fbox ought to draw frames around the enclosed content. Previously I could not get \mbox to display visible frames...

Here an inspiration with tikz

With the very great idea of egreg you get:

Here's an attempt that mimics the approach taken by \Aboxed from the mathtools package:

Here is a variant of this answer that: 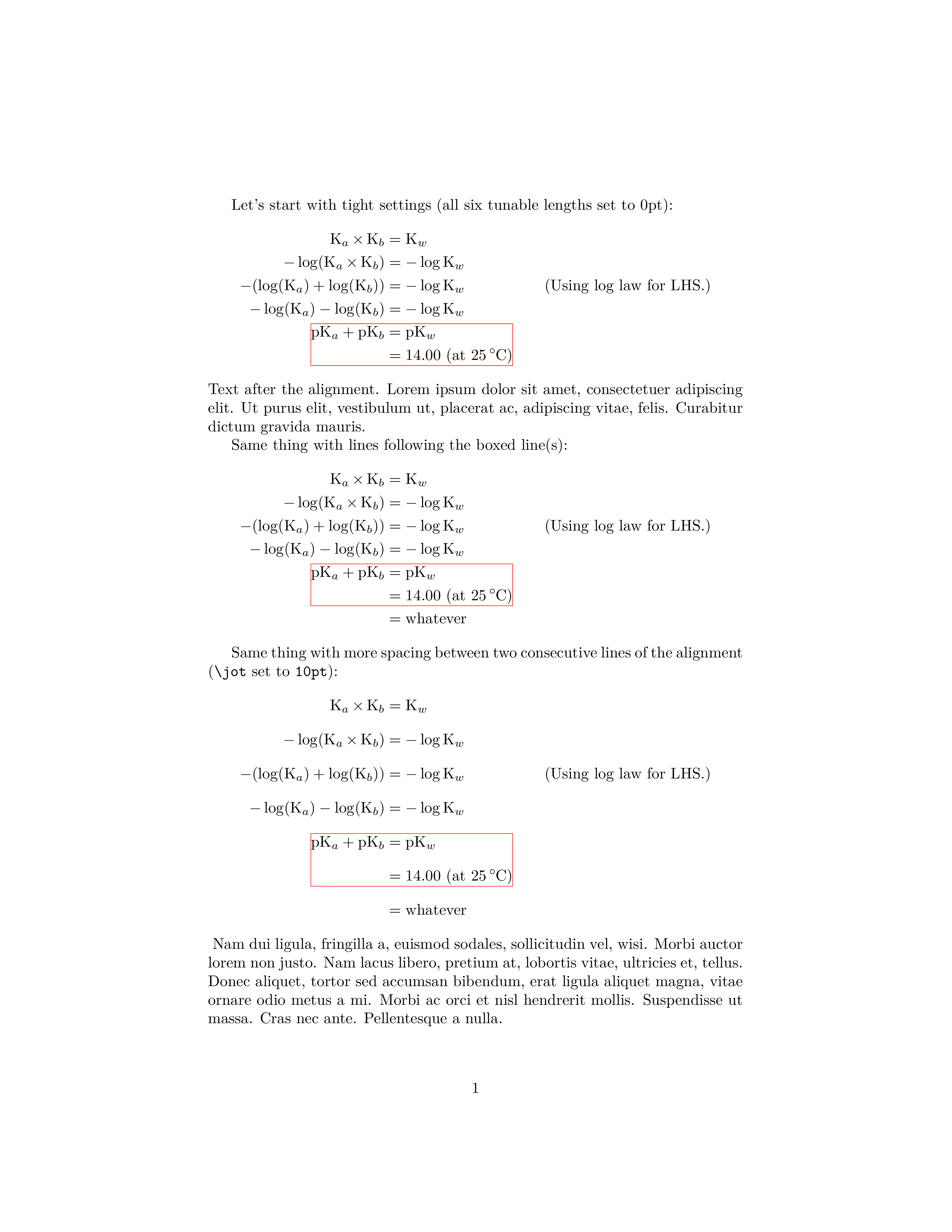 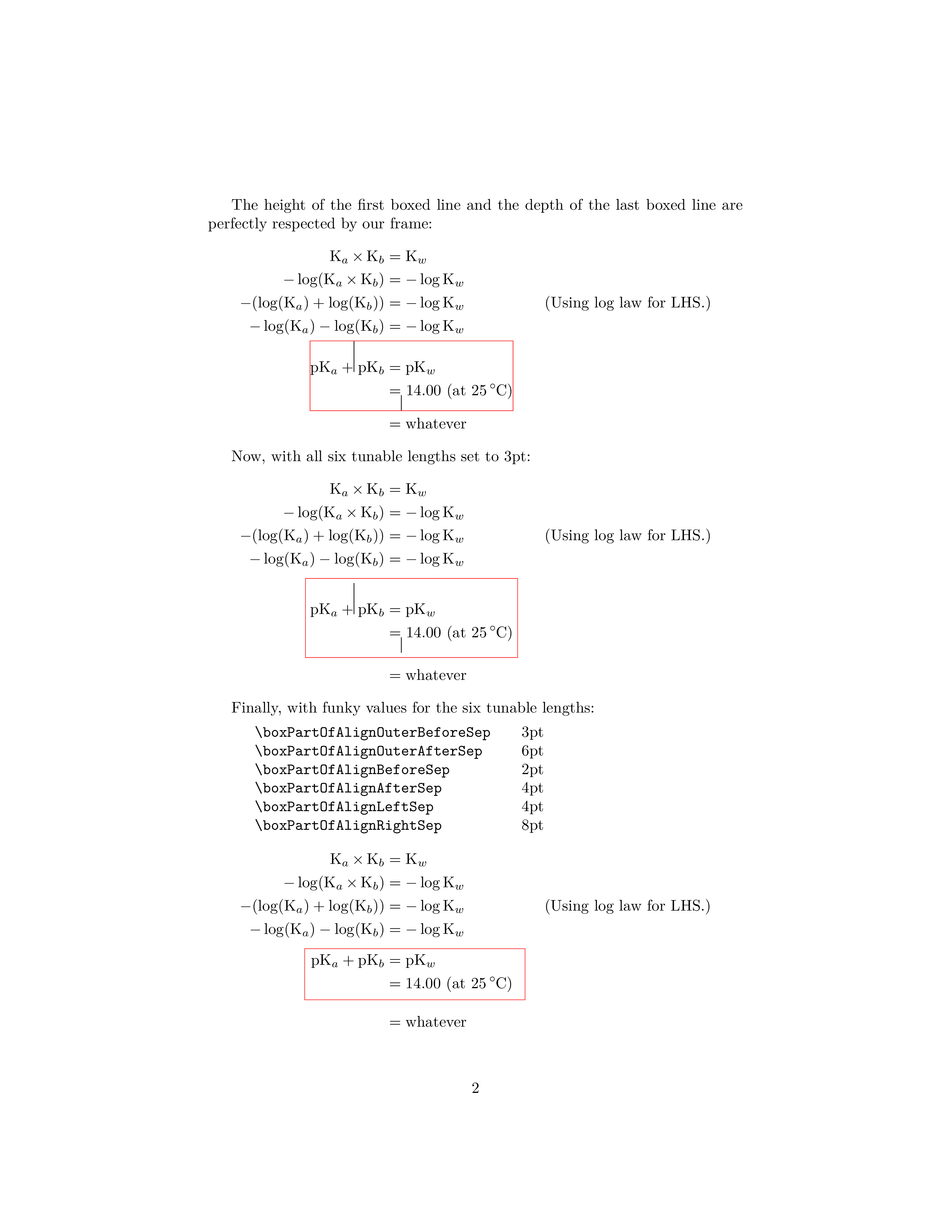 With a minor change:

One can also use the empheq package. For example

will produce the following output :

More info is available on CTAN or in the pdf documentation of the empheq package.

EDIT: It seems like this package only allows boxing all the align environment and not the two last lines for example. I'm not sure however. Please note that I don't delete this answer because of its simplicity.

Not the answer you're looking for? Browse other questions tagged math-mode boxes align or ask your own question.