I've just switched from pdflatex to xelatex for my lectures to take advantage of the unicode-math package so that I can change the colours of all my mathematics. When compiling the "handout" version last night, I found that it didn't work as I expected. I use the pgfpages package to produce the handout as a 4-up document (with a nice box round each frame) to save paper. But the page size in the resulting document was that of one slide, not a full a4 piece of paper. A little googling led me to a quick fix on tug:

Probably not the cleanest way of doing things, so if someone has a better idea and/or can locate the bug exactly, comments welcome.

There were no follow-up comments, but it was dated November 2008. In June 2009, there's a similar-looking problem on the xetex mailing list with this response:

That's a reported (and probably not fixed yet) problem in pgfpages. Use this to tell pgfpages how to set page sizes in XeLaTeX:

(These are (linked from) the top two hits on google for xelatex pgfpages).

My real question is: is this going to get fixed? But that's not a good tex.SE question. So my attempt to make it into a good question is:

The second of the above seems the better of the two. Is that the best way to fix this problem?

PS The MWE from the first linked post is still a suitable one:

The answer to your question “is this ever going to get fixed?” is yes. Because your MWE works fine for me as of now. I don't know when the bug got fixed.

Moreover, the \renewcommand\pgfsetupphysicalpagesizes workaround now produces unexpected behavior. The physical page is clipped to a normal slide's dimension, which means most of the handout content is invisible. If I apply it to your MWE, I get a page shaped like a regular slide (not A4), with one frame that has its right and bottom edges cut off. 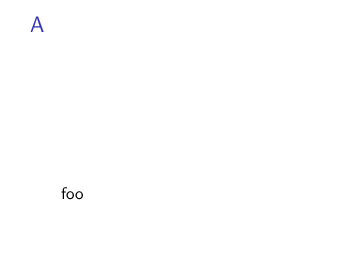 I discovered this because a personal class file I wrote back in 2011 stopped working, and it was these two lines that were the culprit.

Not the answer you're looking for? Browse other questions tagged xetex paper-size incompatibility pgfpages or ask your own question.