! Missing $ inserted when try to using superscript in matrix in beamer

mistake message when I try to use superscript inside a matrix environment in beamer. The following is my code

I tried using \begin{frame}[fragile] but it didn't work.

Converting my comment to an answer, LaTeX has a both text and math modes. A number of commands intended for math mode use can only be invoked inside math mode. Attempts to invoke them in text mode will receive a "missing $ inserted" error.

To enter math mode in LaTeX, one can enter inline math with dollar delimiters $...$. Many argue a preferable way to do this is with the following delimiters: \(...\). For displaystyle math, which prints its content, centered, on its own line, use the delimiters \[...\].

There are also several additional environments that will place one inside display math mode. The equation environment does this. Using the amsmath package, there is the equation* variant (that does not number the equation), and also a series of environments in the align family.

The pmatrix environment of amsmath is just such an envioronment that expects to already be in math mode, upon invocation. 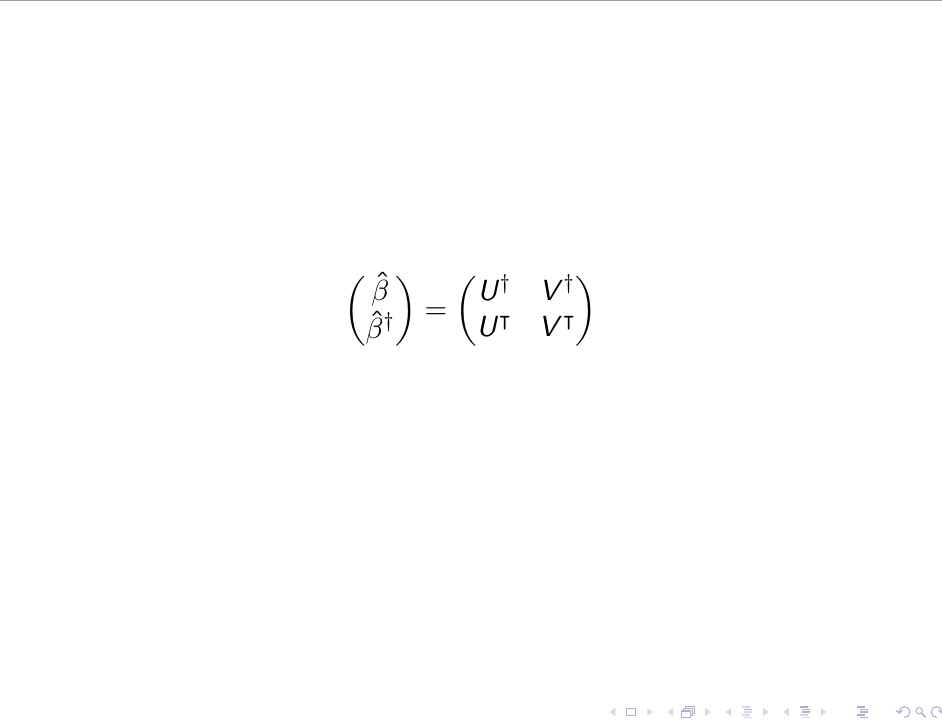 Not the answer you're looking for? Browse other questions tagged beamer matrices or ask your own question.

4
Why does \titlepage cause an error when using Warsaw theme?
4
Missing bullet points when using unicode-math in beamer
3
Missing } inserted when using \begin{matrix}
1
Highlighting equation with text below using hf-tikz - \endcsname error
4
Beamer itemize not aligned when in blocks
4
Missing $ inserted for matrices
13
Presentation that shows how to use lualatex to make a presentation