How to automatically fill the space in a line in IEEE trans?

I am trying to insert a figure inside a subsubsection. Now after successfully inserting the figure i saw that my texts are not formatting quite nicely. 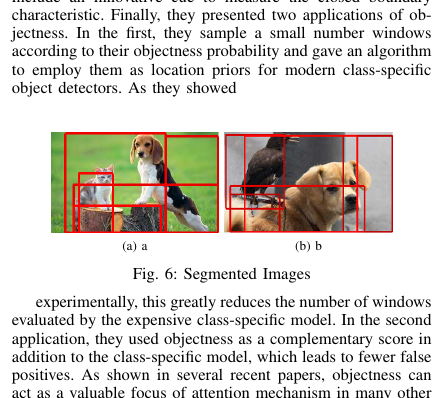 As shown in the figure the line As they showed expermentally is in one line but it is giving a gap between as i insert a figure between them. But i don't want that gap. I want that the paragraph with the figure will automatically format.

How can i write the line without having that much space having a figure between them??

Remove the blank lines before and after the figure environment and your problem is solved. You have written two paragraphs. One ending with "As they showed" and another starting with "experimentally". One or more blank lines between text is equivalent to a \par control sequence.

In general, is better place the figures between true paragraphs and without forcing places (htb) and avoiding LaTeX rules (!). Try without [!htb] and only add some option in some image in the final version when you disagree with the placement of the figures. Otherwise, left to LaTeX work for you.

Not the answer you're looking for? Browse other questions tagged ieeetran sections-paragraphs or ask your own question.

1
Why second column in IEEE trans is not filling up?