Automatically resize tabular to avoid it being pushed to next page

My document has one title phrase and one table containing texts. I would like to have them both on one page.

If I use a smaller size, (like \normalsize instead of \large) then it fits, but the font is much smaller and actually a bit too small, whereas a large blank space is left at the bottom of the page.

So, as I want to resize (or scale?) it automatically, I thought the answer would be here and wanted to use the adjustbox package, but I can't seem to make it work the way I want. I'm a bit lost about all the keys and values meanings. Anyway, neither \adjustbox{max width=\columnwidth} nor \adjustbox{max width=\textwidth} provide a solution. I couldn't find any solution using max height or max totalheight.

Also, I wonder if my problem has to do with the more general problem of the position of a float environment. Not sure because if the table is too large, I understand LaTeX will "push" it to the next page. But if yes, how to deal with it in this situation?

Finally I wonder if it's at all possible to achieve what I want to (moreover, using tabular).

Below is a solution that uses a longtable environment instead of the tabular environment. If \normalsize is in effect, the entire table can fit in a single page; in contrast, if \large or \Large are in effect, a page break is required. Observe the division of relative row widths, viz., 5:1, in the example code; you're free, of course, to set the relative row widths to suit your needs.

Observe further that I also advocate giving the tabular material a much more open look, mainly by getting rid of all vertical lines. Instead of text, the cells could also hold images inserted via \includegraphics statements. And, do consider using the \SI and \si macros of the siunitx package to enforce a consistent appearance of units and of number/unit pairs. 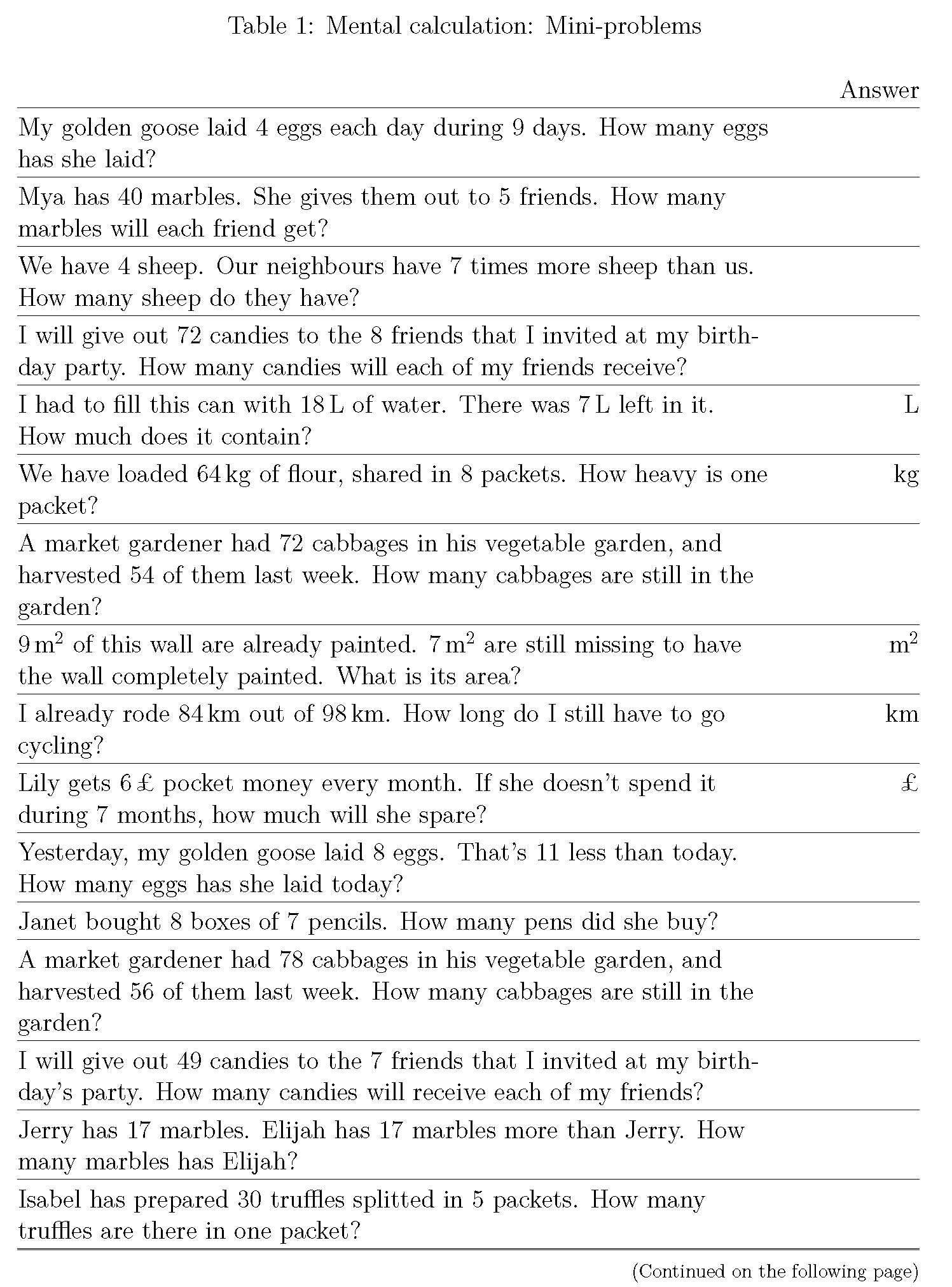 If you want your text readable (which you do 111% in a test), you really don't want to shrink it. Therefore you have to split it into two pages. Together with de-tabularizing your list, the code could look like this:

Note that I did couple more changes:

Here's an alternative answer, which differs from my earlier answer mainly by the use of a tabular environment. To ensure that the tabular material and the header material fit on a single page while using a \large relative font size, it will in general be necessary to decrease the widths of the vertical margins relative to what you've specified in the posting (1.5cm). 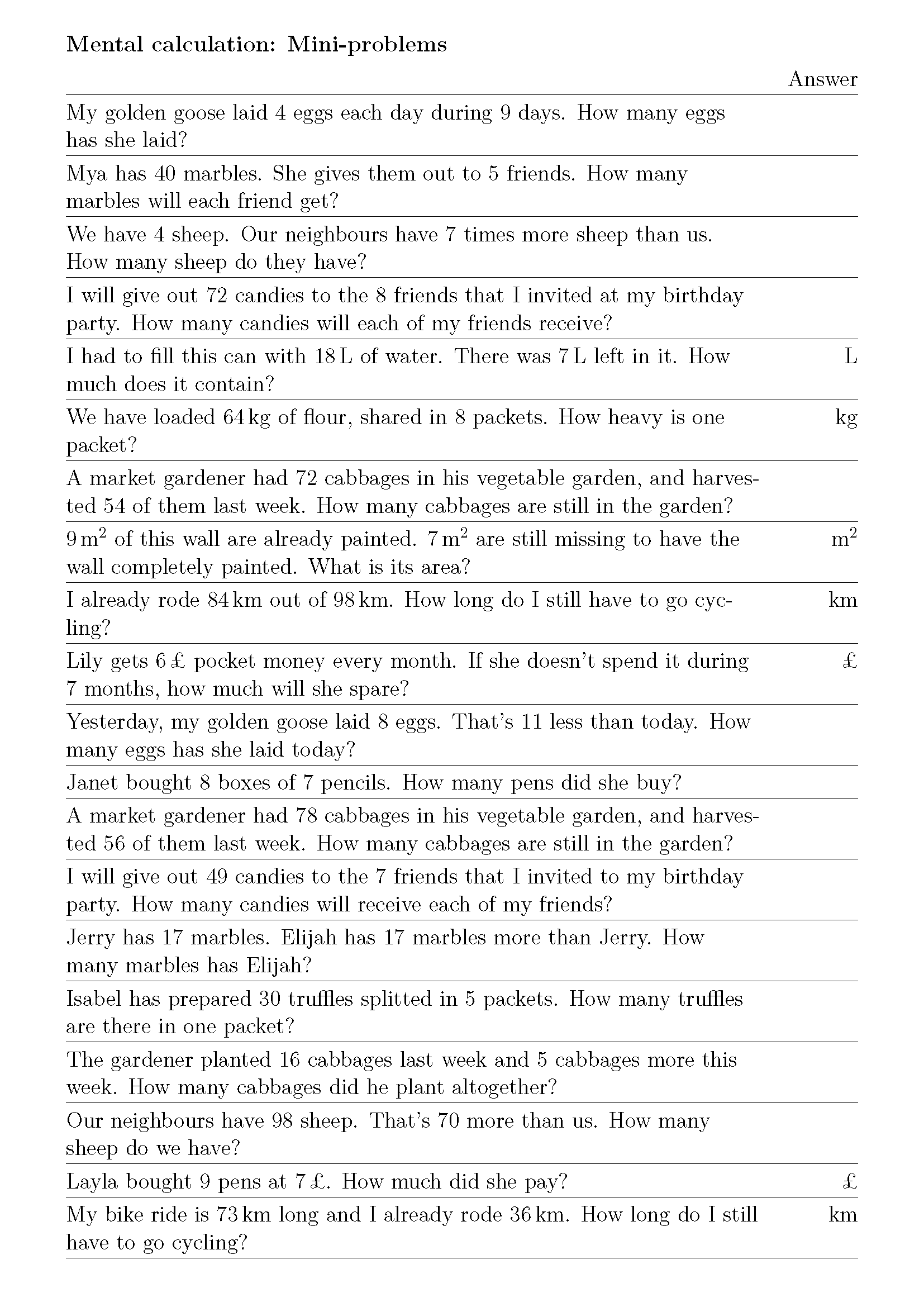 Not the answer you're looking for? Browse other questions tagged tables scaling adjustbox resize or ask your own question.

672
How to influence the position of float environments like figure and table in LaTeX?
45
Shrink table to fit on a page, or keep it as it is
1
Splitting table over several pages