I want to pass more than one argument to a pic defined with \tikzset.

I tried this and it works:

I get the following image: 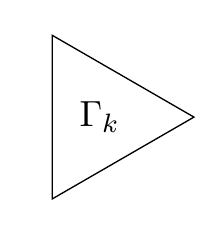 But what I really need is to have two subscripts, as in this one: 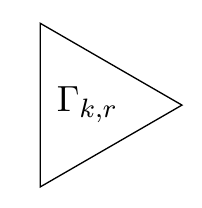 However, no matter what I write in the \pic command, it is treated as a string and associated to the #1 argument. I would like something like:

But this does not work.

How can I specify two different and independent arguments?

You can switch to the alternative definition of the pic style family such that style 2 args or style n args, style args stuff from the regular pgfkeys syntax can be used for arguments. 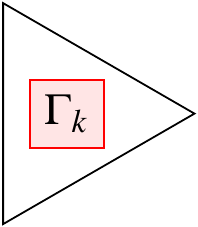 Not the answer you're looking for? Browse other questions tagged tikz-pgf arguments or ask your own question.

25
TikZ 3.0---Multiple arguments for `pic`
4
making a cartoon plot of some grids using tikz
0
How to create a new symbol (with adjustable colors) in tikz

17
TikZ: Drawing an arc from an intersection to an intersection
9
Line up nested tikz enviroments or how to get rid of them
3
Adding coordinates for connection between nodes in several forest environments
3
Accessing multiple arguments in `\newcommand` in Tikz
8
How to define a comma separated list of arguments for includegraphics
16
pic versus macro in TikZ
0
Why isn't ".style n args" working in my TikZ pic?
2
Make command output be the (multiple) arguments of another one
1
Using pics/port/.style n args = {3} doesn't work correctly in \tikzset environment