I'm having a pretty strange problem with embedding a PDF image with some transparency in my Ph.D. thesis. I'm using the memoir document class, and compiling with pdflatex, although I have confirmed that this happens even when not using those two. I've discovered that this problem is operating system dependent. This is pretty serious because I need my thesis rendered correctly on all OS, especially on OS X.

I first create the PDF figure in LaTeX using the tikz package: 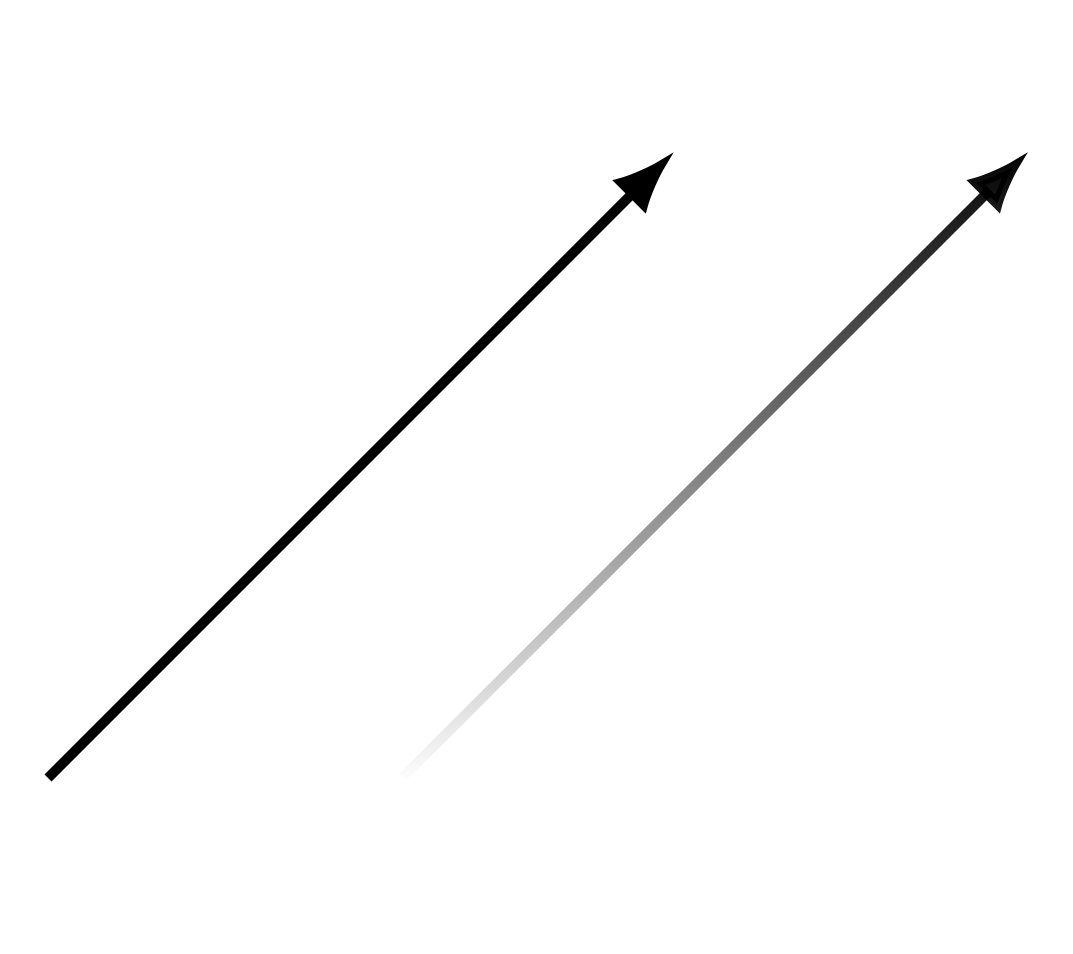 The left arrow is just a solid line, while the right arrow is faded towards the tail-end of the arrow. Then, I embed this figure in any simple LaTeX document, such as

and here's where the problem begins.

The PDF figure renders correctly, as above. However, when rendering the final PDF (I tried Skim and Preview), the faded arrow simply does not appear.

When rendering on Linux (with Evince) the faded arrow is turned solid and appears in the correct position, just without the fade. This is the case for both the PDF figure and the final PDF document.

Lastly, on Windows 10 (with Adobe Reader and Sumatra PDF) both the figure and the final document appear as they should, with the right arrow faded. 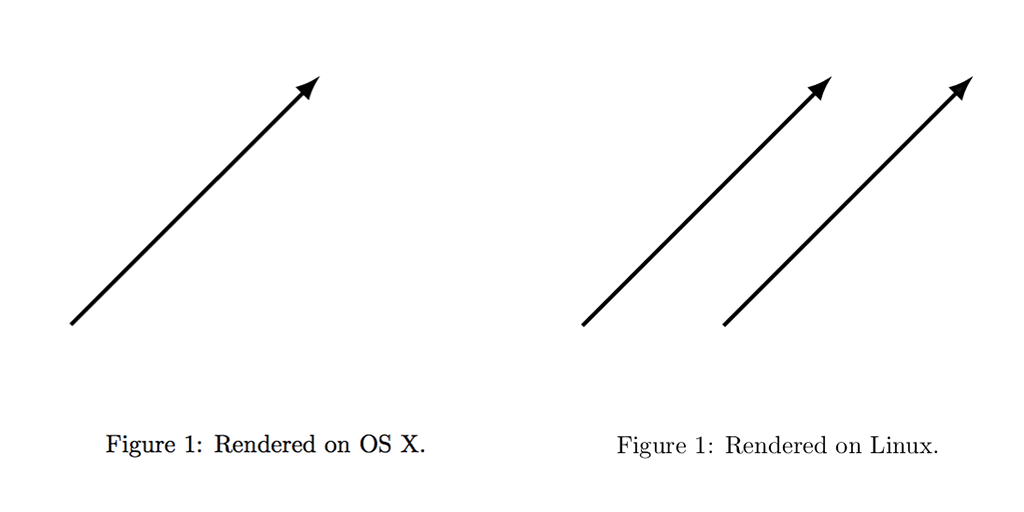 I tried adding the commonly suggested % \pdfpageattr {/Group << /S /Transparency /I true /CS /DeviceRGB>>} but that had absolutely no effect. I also tried the pdfx package, but that did not make any difference either.

I face exactly the same problem with a figure (also a fading arrow): In Adobe Reader and on MacOS, it looks fine. Using Preview (the software) or the space-bar preview from Finder, the arrow is gone completely.

But: My figure was generated using Adobe Illustrator, so I don't think it's a LaTeX/TikZ problem, but pdf-renderer.

The solution I'm using for now is to open the compiled .pdf in Adobe Acrobat and save again with the "optimized pdf" option and transparencies

Afterwards, the arrow is visible, but has a tiny halo-outline also around the parts that should be completely transparent. Still better than nothing ...

I'm not sure what Adobe does internally, maybe someone here does. Also, any suggestions for tools that do not require Adobe Acrobat would be great.

Not the answer you're looking for? Browse other questions tagged tikz-pgf viewers transparency or ask your own question.

16
Numerical conditional within tikz keys?
8
Why do I get an extra white page before my TikZ picture?
18
TikZ: Drawing an arc from an intersection to an intersection
12
Drawing rectilinear curves in Tikz, aka an Etch-a-Sketch drawing
9
Line up nested tikz enviroments or how to get rid of them
3
How to draw a square and its diagonals with arrows?
2
LaTeX Tikz: Compare two \def arguments
3
Arrow between BTrees
1
How do I change the radius of circle in a node in tikz style?
3
Document header with tikz