TikZ: When will I need to use edge and how does it differ from the conventional path draw command?

Maybe this question is naive, but when will I need to use edge instead of --?, and how can I use edge to replicate the same output of path conventional draw command --? 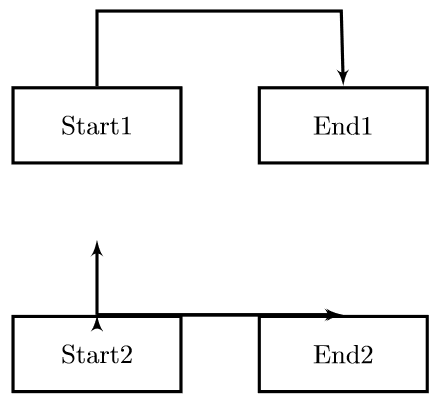 This answer doesn't attempt to cover all the details but, rather, to give a 'first pass' explanation of some of the differences.

edge constructs a separate path which can have entirely different attributes from the main path. Unlike points on the main path, an edge does not move anywhere.

This isn't really what happens, but it is as if this happens:

In the case of the example in the question, you can, of course, just write 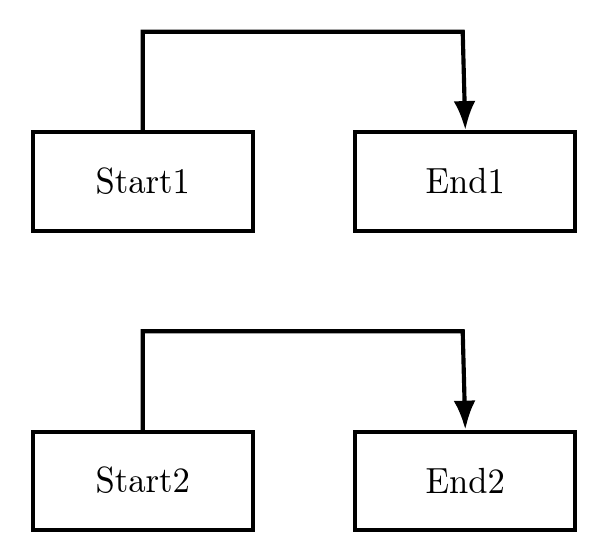 However, I take it you would like to know how to do this all-in-one as it were.

which produce identical output, or, more concisely but less obviously, with

45
Draw arrows between nodes with tikz
6
TikZ: How to accurately calculate the distance between nodes anchors? - Effect of outer separation on anchors location
5
Adding nodes through a TikZ style, using double dash lines ``--``

10
Rotate a node but not its content: the case of the ellipse decoration
11
How to define the default vertical distance between nodes?
7
Draw edge on arc
12
Numerical conditional within tikz keys?
6
TikZ/ERD: node (=Entity) label on the inside
13
TikZ: Drawing an arc from an intersection to an intersection
12
Drawing rectilinear curves in Tikz, aka an Etch-a-Sketch drawing
9
Line up nested tikz enviroments or how to get rid of them
0
Parallel arrows between nodes of varying size