I'm attaching a screenshot which shows that the email address is missplaced. 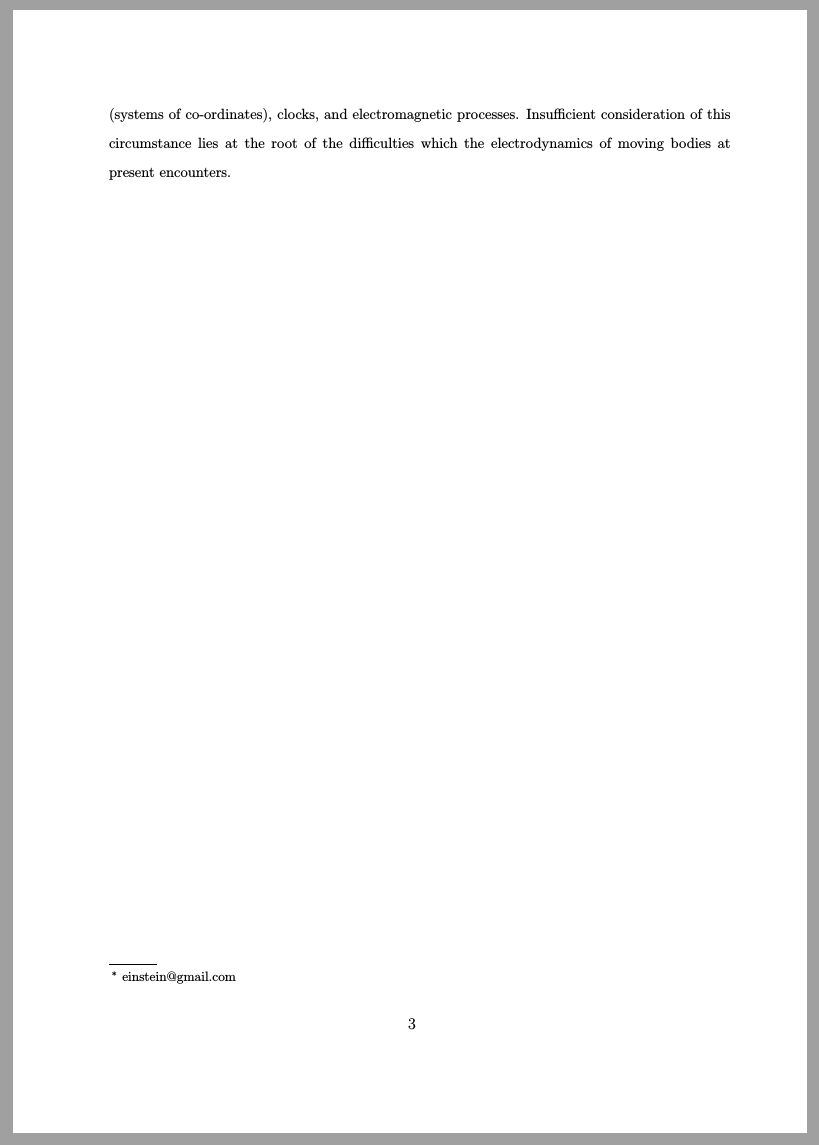 Here is a minimal working example:

This is intended behavior. If you want to include the email you could just force it to be next to the author as follows

And then remove it and uncomment the second line when you are ready to submit.

Not the answer you're looking for? Browse other questions tagged revtex or ask your own question.