How to create simple comments in a margin next to the Document?

I've been digging through tons of SE-sites, package documentations for reledmac and parallel and many other pages, but I couldn't find the simple answer to this question. So, in hopes that it might help others, I will post the answer here.

What I'm trying to achieve is something like this: 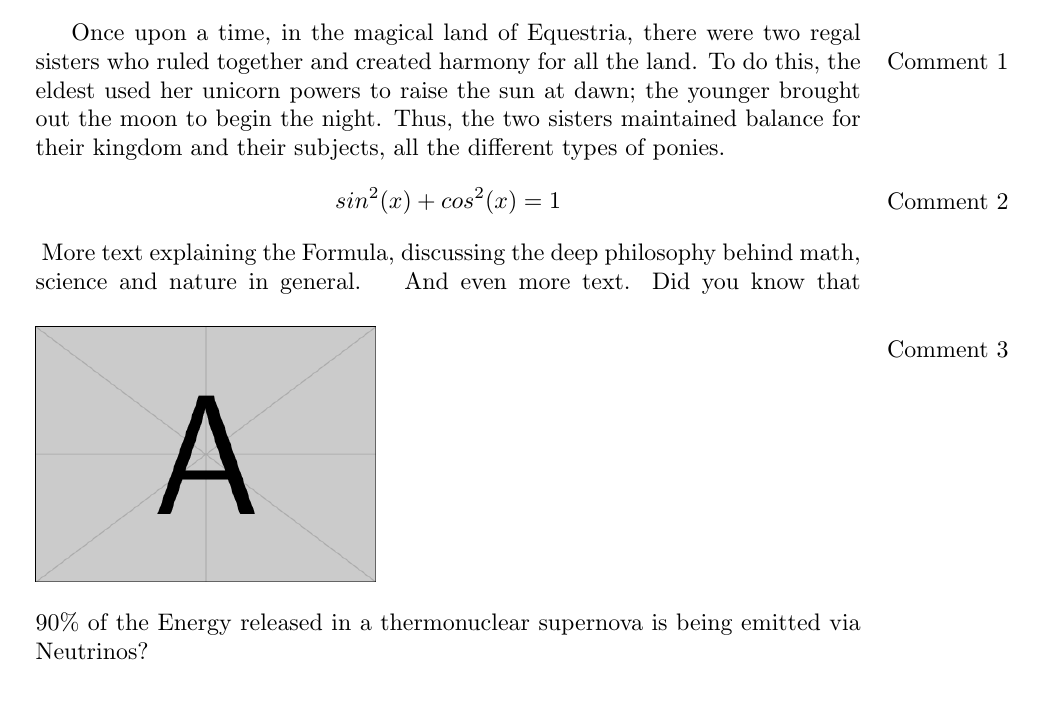 Turns out that I simply oversaw the first search result linking to a Wikibooks page . But if it happened to me, it might happen to others as well.

The simple answer is the command \marginpar{} or, for a bit more control, the package marginnote. Their usage is described here.

The example in the question above was created with the following code:

Not the answer you're looking for? Browse other questions tagged margins marginpar comments notes annotations or ask your own question.

18
Source Code Margin Comments
7
How can I create a notes column in a document?
7
margin notes on both sides of a single-column document
16
How to create twoside book with oneside margin?
3
Printable margin notes that leave rest of the content intact
2
How to add margin comments in Beamer?
53
Handwritten comments and annotations in margin
3
Annotating text with comments with margins (no margin notes and footnotes)
0
how to print all comments in a document