The most simple way to split equations, left align them and have a space between them?

I have four equations which I want to split, align and make sure there is a space between the equations.

I tried using the align environment, but it aligns to the right.

I tried using flalign but this leaves no space between the equations.

should do what you want:

You can play arround with the & signs a bit to get exactly what you want.

I'm not sure what you mean by not leaving space between the equations, but flalign works fine; see below. Image at the top is flalign*, at the bottom it's align*. 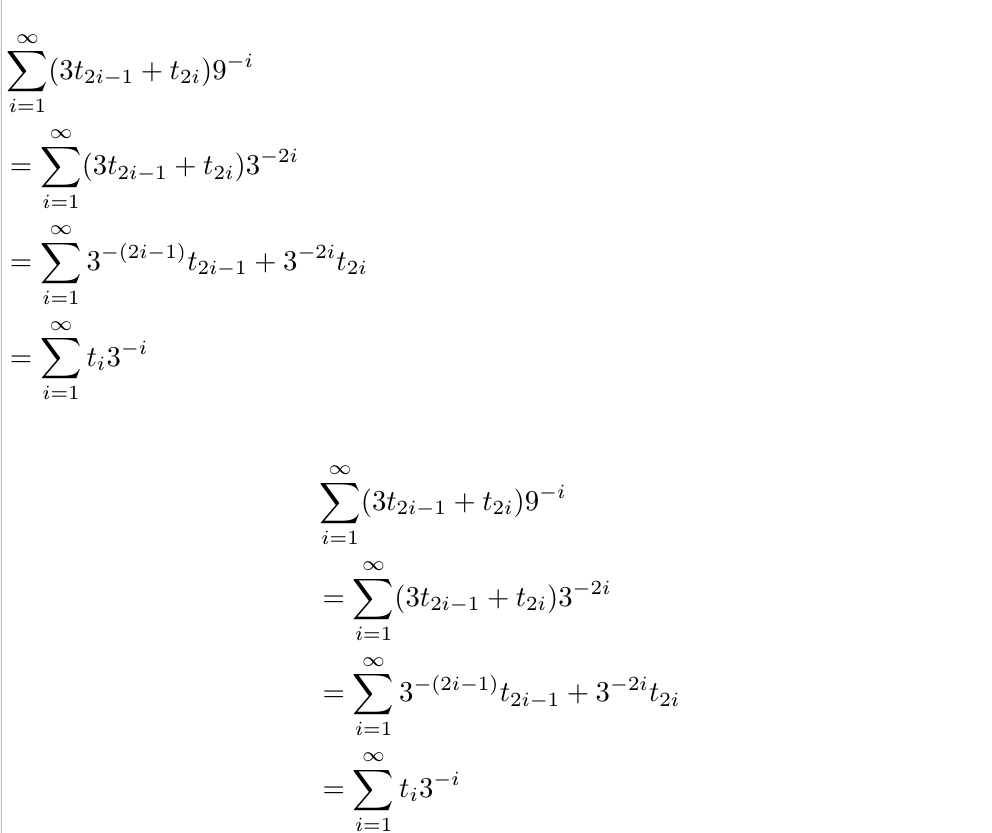 Not the answer you're looking for? Browse other questions tagged math-mode align or ask your own question.