I am using the package changebar to set off a couple of environments in my document. 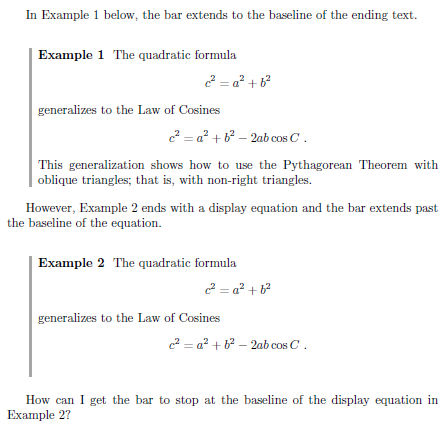 I've tried adjusting \belowdisplayskip, but I don't know how to affect only the display equations at the end of my environment.

I appreciate any help and comments.

This answer is specifically to address this comment. First, let me show some code and a picture. 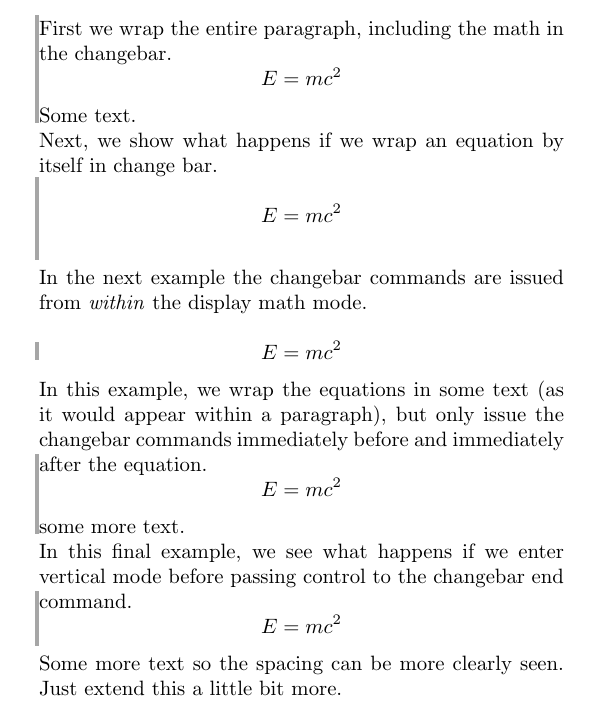 The key is that the \cbstart and \cbend commands behave differently when in vertical or horizontal mode. In vertical mode \cbend marks the vertical position and that's that. In horizontal mode, however, it wraps in \vadjust, so that the current line gets processed first before putting down the mark. The problem with this is that on an otherwise empty line, \cbend and \leavevmode\cbend behaves differently: the latter will first type-set a blank line and then end the changebar, resulting in one extra line of space.

Answer to your question

But if you are happy with a solution that removes only the extra space generated from the discussion above (effectively due to \cbend setting an extra blank line), what you can do is to make sure that \cbend is called in vertical mode (and not horizontal mode). The command to do that is \par.

So what you can do is replace, in your definition of the environment, the call to \cbend by \par\cbend and that should remove some (but not all) of the extra space.

Why use changebar? If you are generating a list of examples, it seems easier to use mdframed + ntheorem. See the documentation for mdframed for usage information. For example: 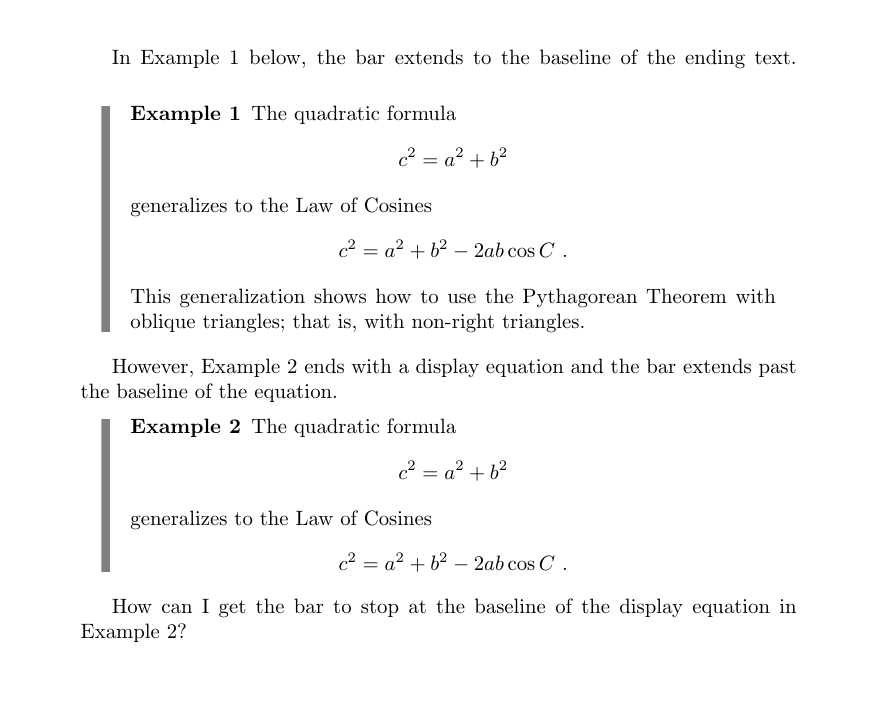 Not the answer you're looking for? Browse other questions tagged spacing changebar or ask your own question.