I was wondering if there is a more versatile version of minipage. Currently, I need a minipage with a specific vertical alignment characteristics and with a background color. So, I nest a minibox in a colorbox in an adjustbox. (See the sample below.) That's not neat. It's cumbersome and the syntax isn't uniform.

Of course, one can always make one's own macro or environment, but I wonder if somebody has already made a package that provides such a versatile box, such that

[Edit: Please don't focus on the example below too much. For the particular example, you don't need adjustbox because minipage has some vertical alignment options, but minipage's capability doesn't include all the options of adjustbox. On the other hand, I think minipage is necessary to have a fixed-width textbox. I'm not 100% sure if adjustbox doesn't have the capability, though.]

Here is the sample:

You don't seem to need adjustbox; here's an implementation with expl3. 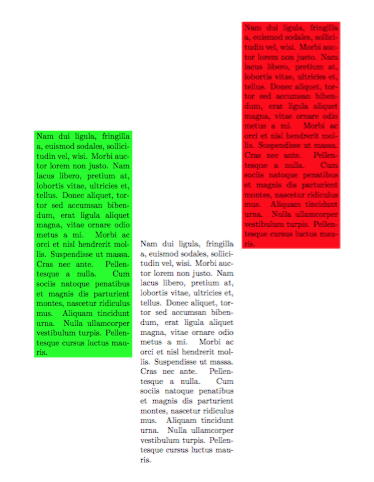 In order to also implement a foreground color, the lrbox should be used in all cases. 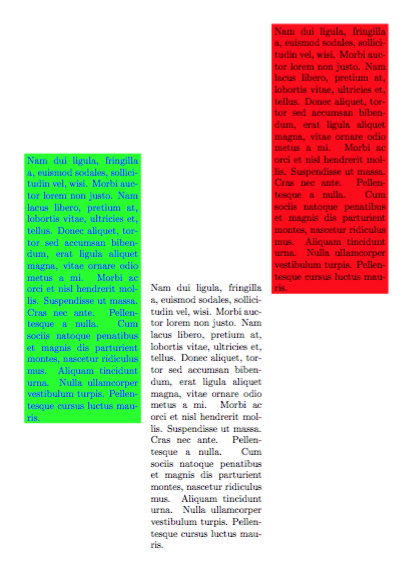 Not the answer you're looking for? Browse other questions tagged color align boxes width or ask your own question.

5
Is it possible to use \newsavebox with more accurate bounding box?
6
How to edit the length of a color box?
8
Box with adaptive length
7
Minipage width not acurate
1
Shadow title-like box in beamer
1
New environment special colored box
1
Box/minipage with fixed size and fixed location
6
Making a box around an equation
8
Draw a palette box in LaTeX