This is my very first TikZ diagram, so please bear with my beginner's ignorance of things that are probably very basic. I'm trying to get a diagram close to the following: 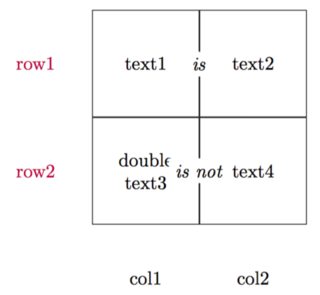 Which is almost what I want. But, I was trying to get the column desriptions closer to border of the node above, and couldn't figure it out. I know from the pgf-manual that in order to move it up I have to use the "south" anchor but for some reason it wouldn't move.

Any help much appreciated!

After your clarification I would suggest this: 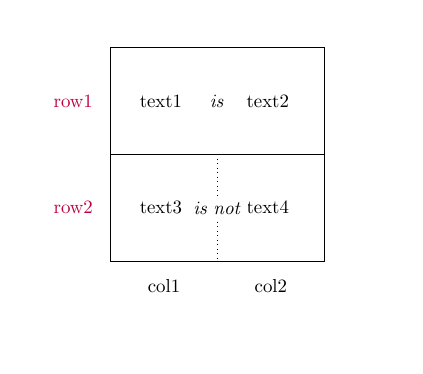 An easy way of bringing those two nodes up is to reduce the row spacing using e.g. \\[-10pt]. See code below, with some comments here and there. 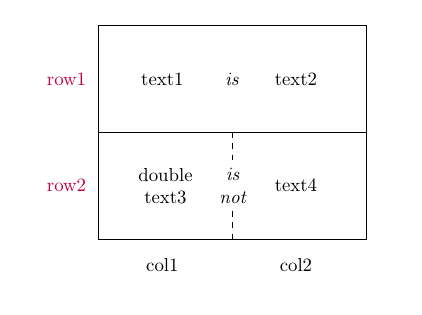 6
Tikz diagram: nodes with arrows
6
TikZ/ERD: node (=Entity) label on the inside
9
Line up nested tikz enviroments or how to get rid of them
0
tikz diagram time line
2
Automatically find which nodes are closest, to aid drawing lines within a TikZ matrix
2
LaTeX Tikz: Compare two \def arguments
1
TikZ anchoring and relative positioning
3
Document header with tikz