How to prevent font substitution?

Im trying to make tufte-book to use EB Garamond. It does, but sadly, i have quite a few overfull boxes because many packages/styles use bold fonts.

An MWE for the complaint would be this:

The above mwe compiles with the warnings:

If i use my full document, its getting worse, because quite a few line breaks are at the wrong places (i suspect the font substitution to be the culprit).

I already tried to renew the \bfseries command, as i suspect it to be responsible to be used in the book.sty, but if i do, the text for the part changes (first few chars are omitted, and "Part" is dropped, too), probably because redefining \bfseries does more than setting font weight :/

Therefore i ask you: a) How to redefine the acutal font parameterization only for \part, and b) How to redefine all bold for all usage of ebgaramond? (Because EB Garamond does not support bx)

or in general: How to fix such an problem?

The ebgaramond package contains the code

which is executed when the typesetting engine is XeLaTeX or LuaLaTeX. The two macros for the Numbers option are set with package options (or applying the default values).

If you look closely, the BoldFont option declares the same font for UprightFont and the same for BoldItalicFont and ItalicFont. The reason is simple: EB Garamond features no boldface font so the package instructs fontspec to use medium weight fonts for it.

Analogously, the .fd file for the fonts with pdflatex has

and other similar (silent) substitutions whose purpose is avoiding warning messages like the one you report.

Why do you get it nonetheless? Because of the declaration

that you have after loading the package, which overrides the previous one. Since the font doesn't have boldface to begin with, when fontspec is building the font family data, it doesn't find it, so it doesn't define it and when requested for boldface, LaTeX issues the standard warning for a (nonsilent) substitution.

Avoid also xlxtra: at present it just loads some packages:

Just load fontspec instead. The realscripts package may or may not work with the fonts you declare: it's better to experiment whether it does good or not. If you don't need to typeset the XeLaTeX or other similar logos, you don't need metalogo. If you do, load it explicitly.

The following code sample works (for me) with TeXLive, with document classes that include article, tufte-book, and memoir, as processed by pdflatex, tex + dvi, and xetex. 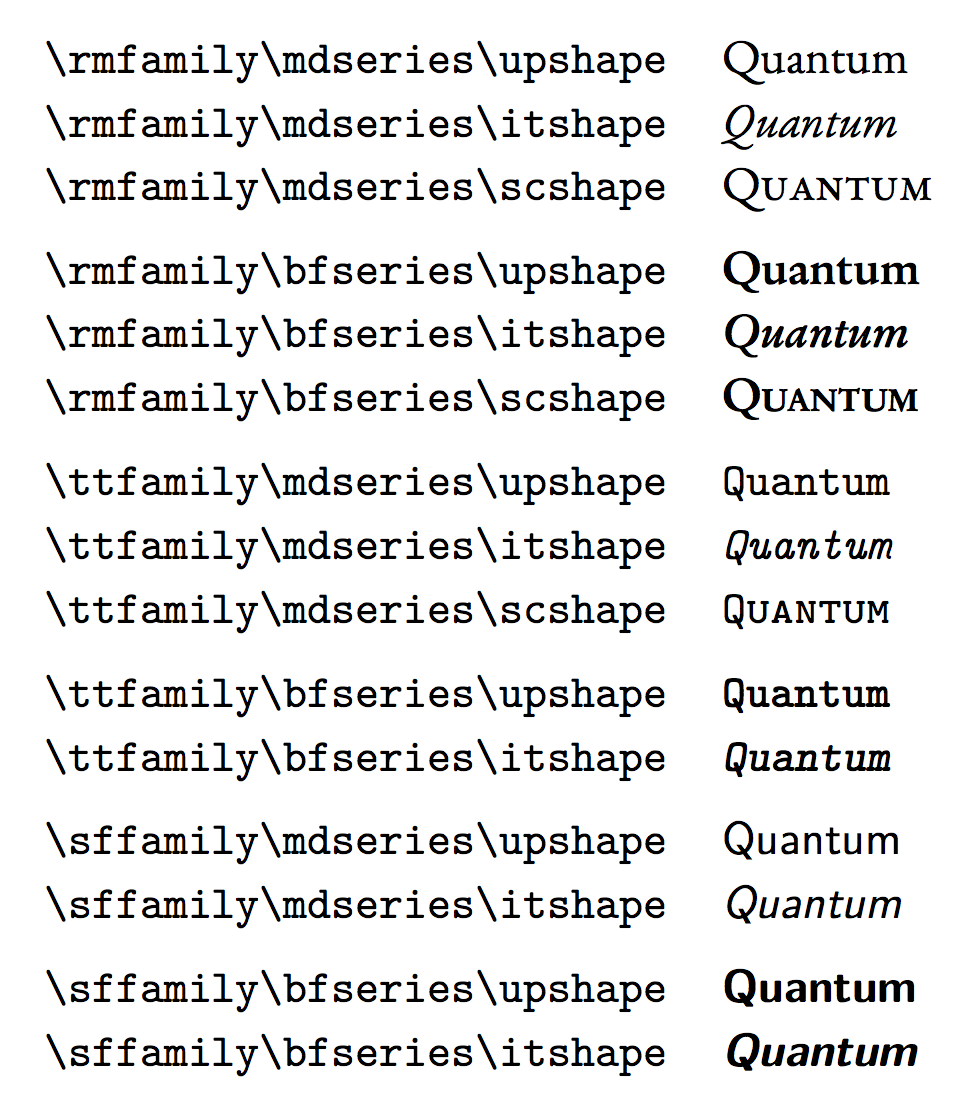 Caveat: I am no sort of LaTeX guru.

Not the answer you're looking for? Browse other questions tagged xetex tufte ebgaramond or ask your own question.