I need to reproduce the following text: 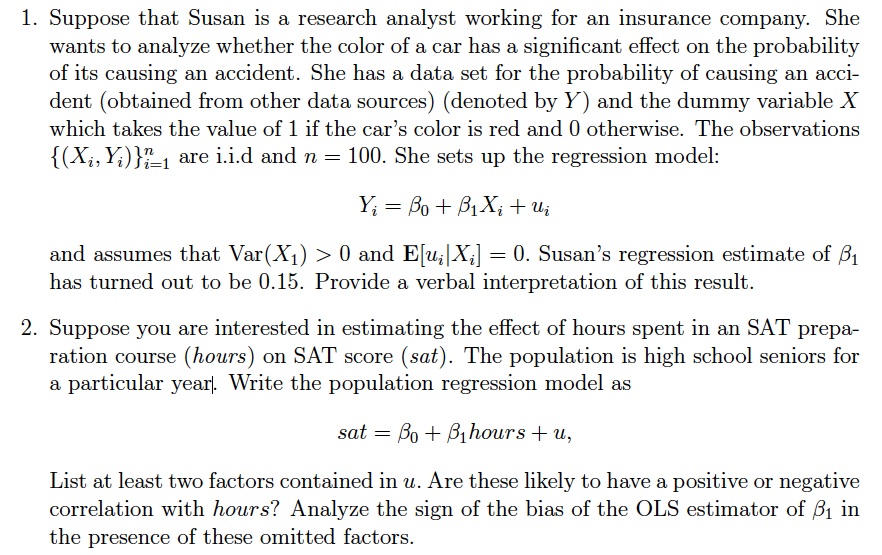 Basically, I have an enumerate list starting (1.), then an equation environment than some text related to the previously ended point 1. and then after the other enumerated list.

Normally, I would have typed the following code

By doing so the "TEXT MISSING RELATED TO ITEM ENDED BEFORE EQUATION" will be no more considered as part of the \enumerate environment.

Additional ending note: Using this code, the equation environment produces white space above and below the equation stated. Is there a way to better present an equation between two paragraphs as in this case?

Just type the equations inside the enumerate; there's no reason for ending it.

If you feel that the spacing around the equations should be reduced in this case, you can use enumitem features, but I don't think you should.

A few points to note: 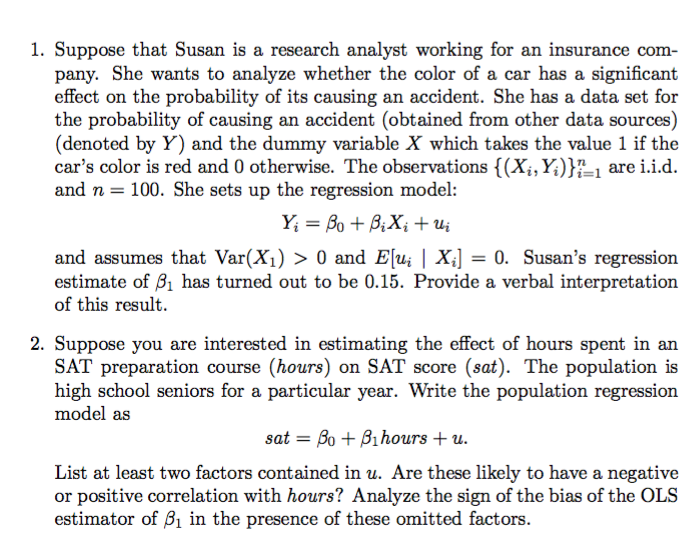 Not the answer you're looking for? Browse other questions tagged equations enumerate enumitem or ask your own question.