I need to write a complicated determinant of matrix, that has a structure as in the attached picture. 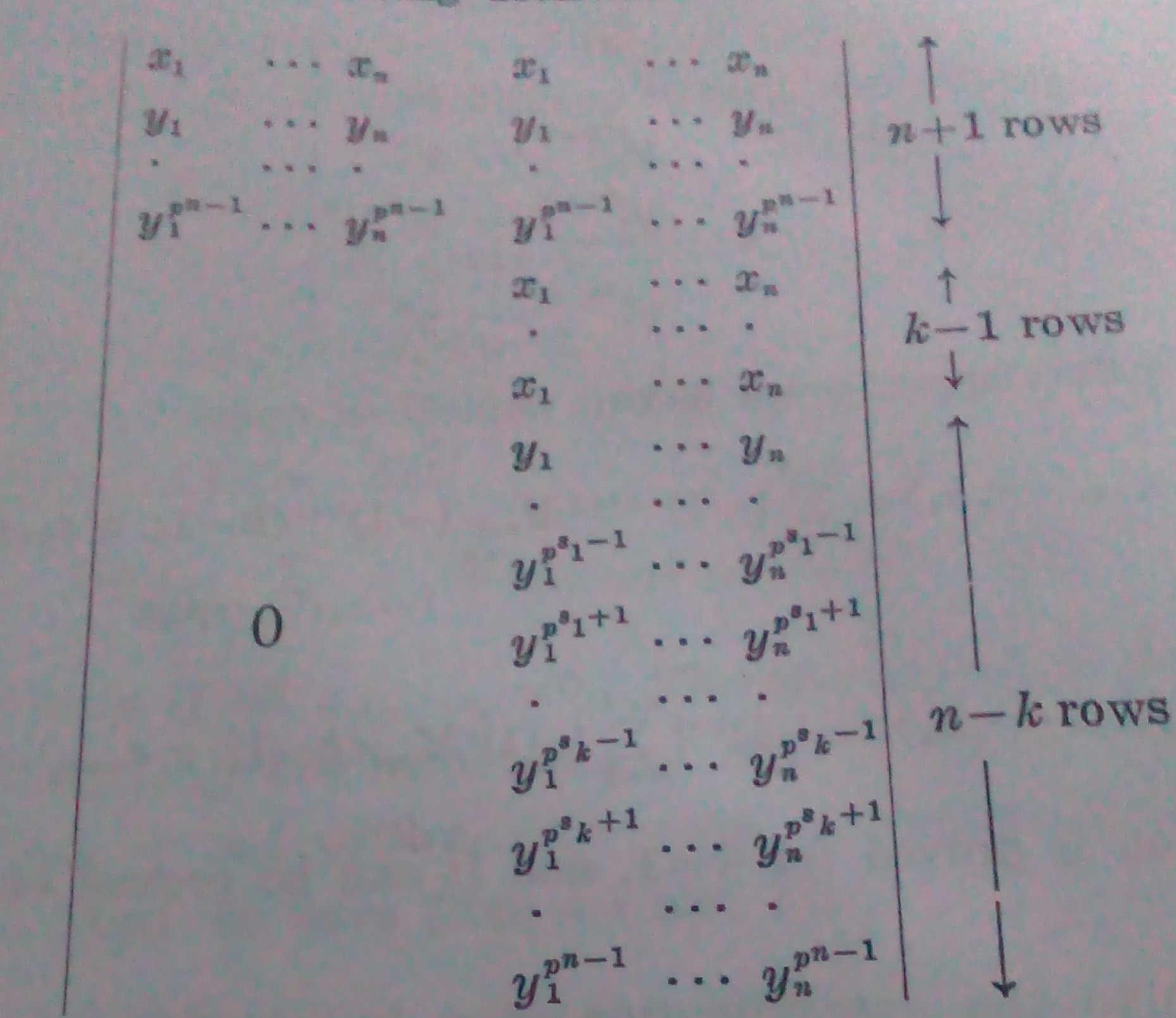 Some manual work is still needed, but I hope you don't have so many objects like these in your document.

The \spanrows command has two arguments: the number of rows to span and the text. There is also an optional argument, so with the call

the amount given in the optional argument is added to the height, in case the matrix has rows of exceptional height. 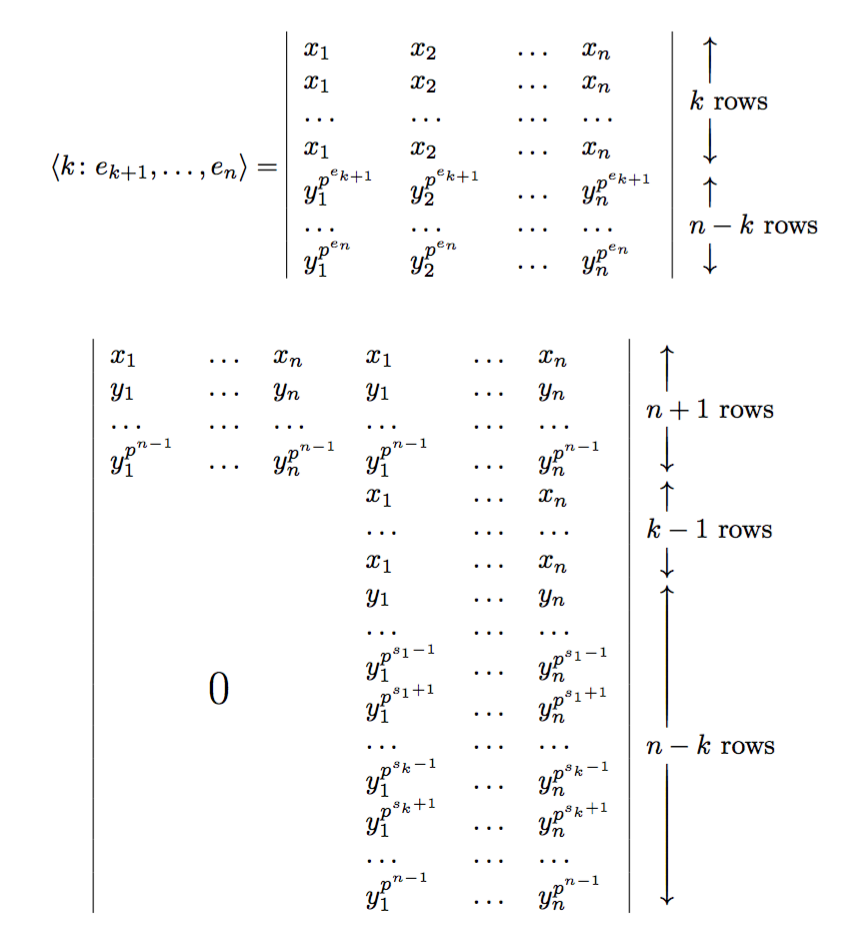 Here is a way with blkarray:

If you want arrows instead of braces, you can obtain them with pstricks (compile with xelatex):

I would like to iterate my motto here that some matrices are not meant to be typeset. Notice that in the screenshot you have, whoever made that is actually trying to be precise on details a user never would really care primarily. It's not Fortran compilers would read the specs off your matrix. They need to know what is in the matrix and there is a very well defined structure in your matrix which you don't use at all not even mentioned which is truly a waste.

Here is what I would do:

You can see that in your second example, I didn't even understand the pattern so I left question marks. Instead you can keep typing different terms of y(...) and they would automatically separated instead of row numbers that mean not much in terms of content. 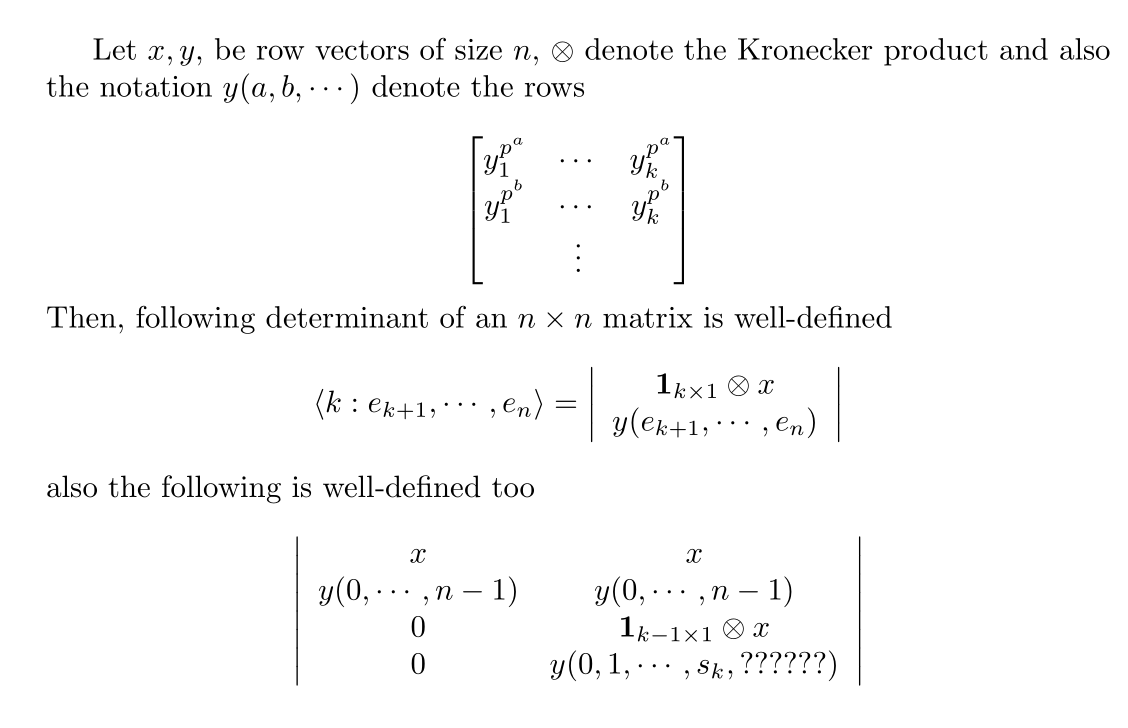 Not the answer you're looking for? Browse other questions tagged tables matrices arrays bordermatrix or ask your own question.