How can I prevent automatic body subscripting when using the tufte-book class? [duplicate]

I'm using Overleaf with the tufte-book class to create lecture notes for an aviation course.

When departing from Dallas-Fort Worth International Airport, one of the possible departure procedures is the HRPER3 procedure, properly displayed just as you see it here. In the body text of the book, however, the numerals become subscripted. Also notice that this happens whether or not I use \textsc{} but it does not happen in the sidenotes. This seems to be because I have sfsidenotes activated in the preamble. However, I don't really want my body text in sans serif.

Is there a way to prevent this automatic subscripting in the body text of a tufte-book? 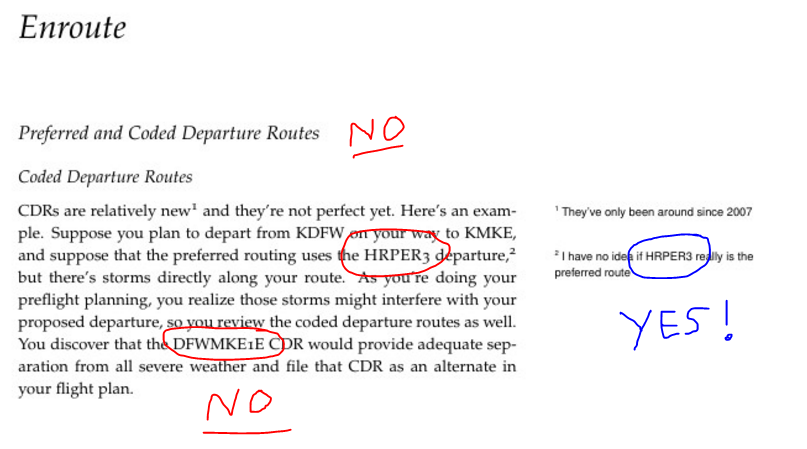 They are not be subscripted. Rather, tufte tells the font package it loads to use old style or hanging figures, which are considered more suitable for use in text according to traditional typographical guidelines.

However, they do not work well with things like acronyms. I'm not sure that the font package tufte loads allows you to easily switch between old style and lining figures, which would be ideal. However, you can simply use lining figures throughout. 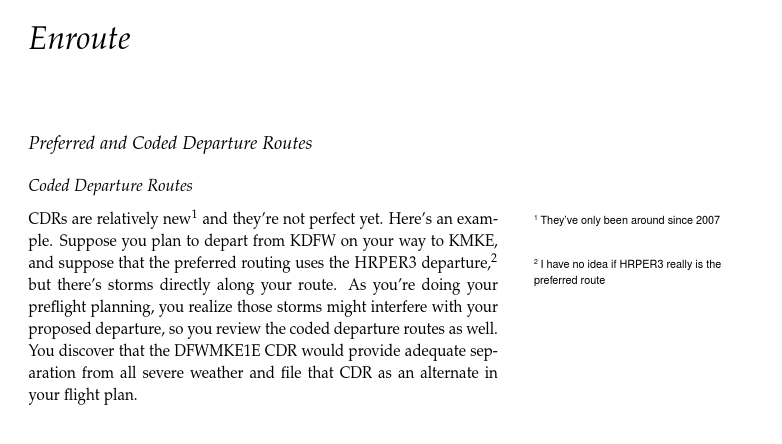 Alternatively, you can give the nofonts option to the class to prevent its font configuration.

This will result in the default LaTeX fonts being used.

If you want tufte's fonts except for the hanging figures, you can add

to your preamble to emulate the configuration.

This assumes that you are using (pdf)TeX to compile and not LuaTeX or XeTeX, for example.

Not the answer you're looking for? Browse other questions tagged subscripts tufte or ask your own question.