"Cannot Execute the Command" error with sumatraPDF in TeXnicCenter

When I build the output, I can view it in pdf using sumatrapdf by pressing F5 sometimes, but most of the time I have to rebuild the output until it works. The error is:

When I build the pdf, I can open the pdf using SumatraPDF by going to the folder and opening it, but I would prefer to be able to do it by pressing F5.

I am using the following settings: 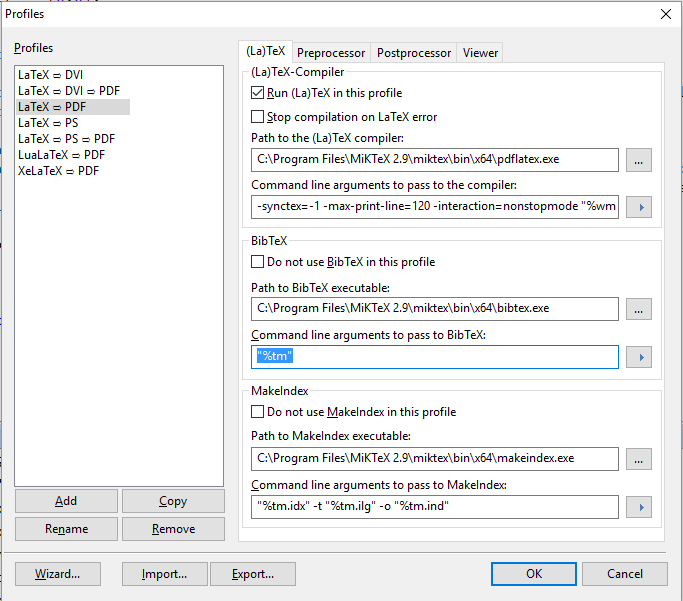 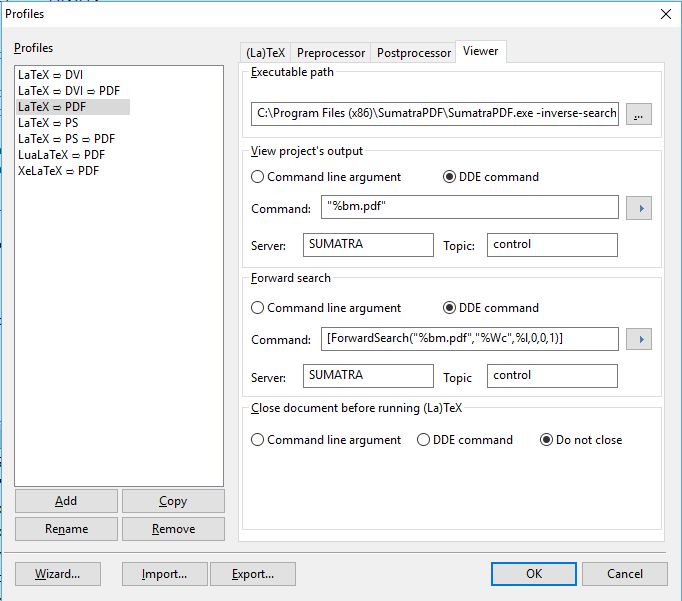 There are some lines that run past the picture; here they are:

Command line arguments to pass to the compiler:

What can I do to fix this, or is there any more information I should provide?

In your third image you showed that your configuration is missing something. The command for the "view project's outputs" has to be:

Please see the following image from my profile (in german, but you can see easily where you have to change it ...): 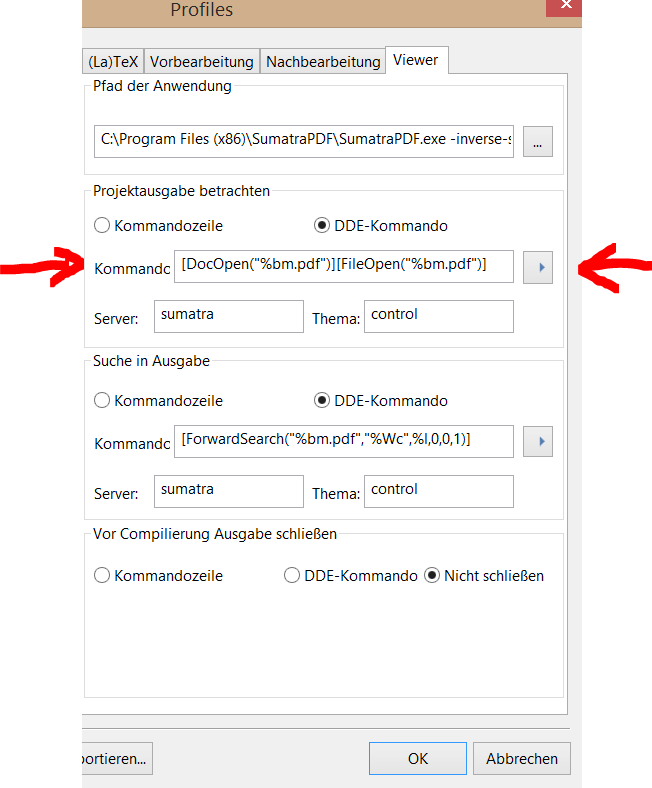 After having the same problem and finding this post, my issues were eventually solved by the solution posted here: https://tex.stackexchange.com/a/199646, i.e. adding the command --synctex=1 in the (La)Tex Command line arguments to pass to the compiler.

Not the answer you're looking for? Browse other questions tagged errors texniccenter or ask your own question.