Does a list of the non-letter ASCII symbol macros exist?

Many symbols of the ASCII character set are assigned some special role in TeX (e.g. &, %, …). And many are also assigned a single-symbol macro (e.g. \%, \,, …). I was wondering whether a list of those non-letter and non-digit ASCII symbols exists, for which a macro exists.

Naturally, I could type them all out in a document, but something tells me that that will turn into more work than expected because it could generate a large number of errors (undefined control sequence). I was also unable to find such a list either here on TeX.SE or elsewhere.

Bonus points for including those symbols from the Latin-1 extension (excluding all diacritic-modified letters).

Because I realise that packages can (and will) define practically everything, there is no need to consider any when putting together this list. If you want to add what a few common packages do with certain symbols, feel free. 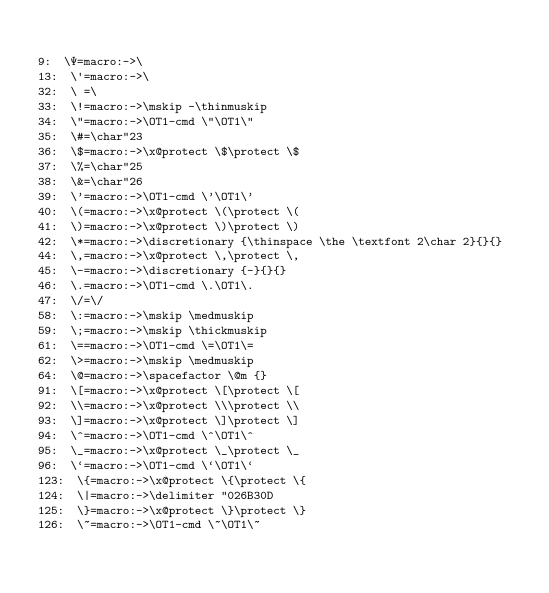 60
Short names for macros
5
Why does enumitem need the macro to exist already?
2
Template a Cover letter using macros?
8
Does \Twoheadleftrightarrow exist? How to write my own?
1
Generate list of macros in the output
4
Single letter macros
1
Step a counter if the label does not exist, print if it does
4
Why does \renewcommand error if the command does not exist?